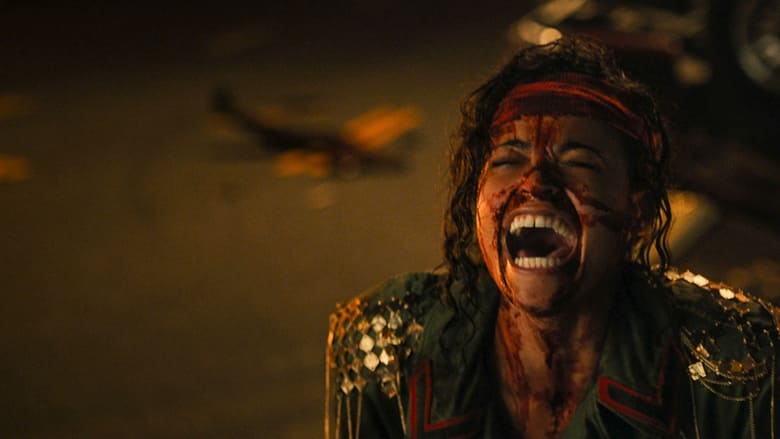 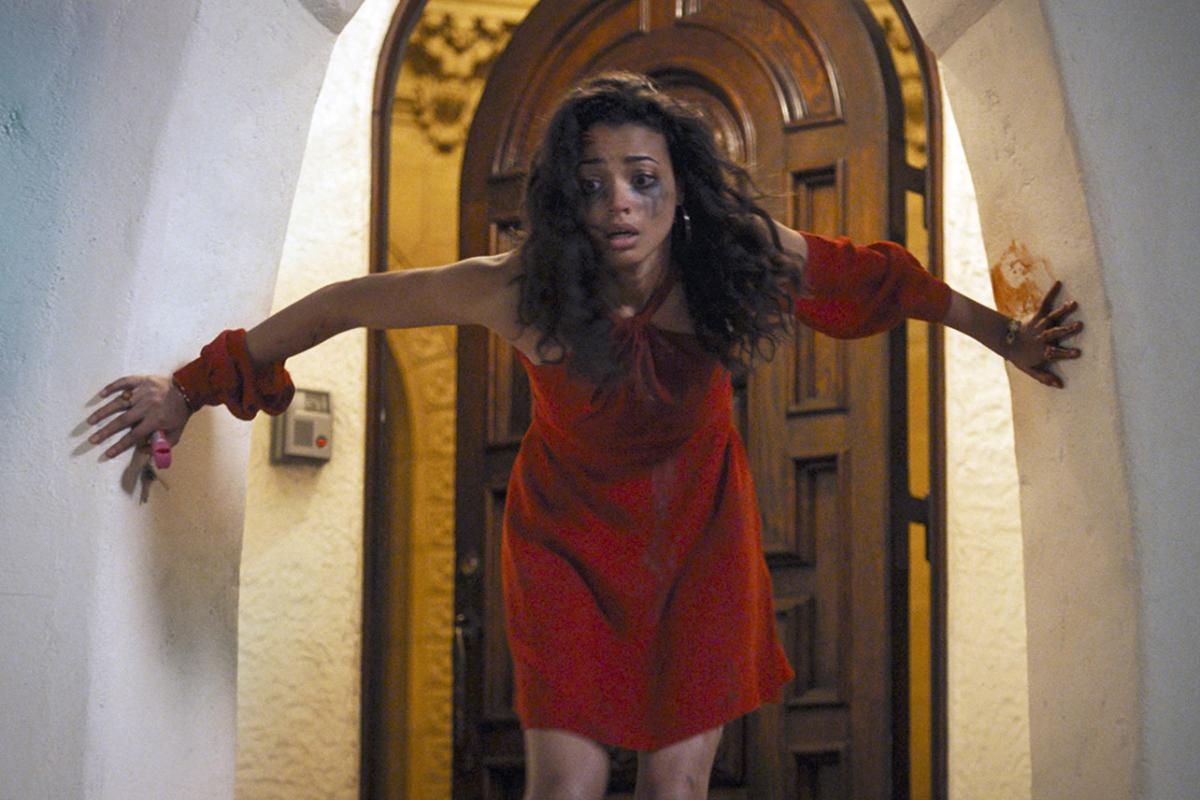 Cherie (Ella Balinska) is a single mom who has just been hired at a prestigious firm. One night her boss (Clark Gregg) asks if she will take a high-profile client out to dinner. Cherie is delighted when her dinner date turns out to be Ethan (Pilou Asbćk), a charming man her age. But at the end of their date, Ethan brutally assault Cherie, and she flees into the night. Unfortunately for Cherie, Ethan seems to have allies in many places, and she must continue to run for her life.

You know the kind of movie that just keeps turning into a different movie? Things like God Told Me To or Cabin in the Woods? While not anywhere near the level of those films, this one kept my firmly onboard simply by virtue of escalating the stakes and the premise of the story about every 15-20 minutes.

Anyone who has ever used the word "woke" to criticize a film, well, their heads would probably explode about halfway through this one, if not sooner. The movie is definitely making overt statements about power and gender and race. I thought that for the most part the film did this with a sense of humor, and even a sense of "reality" about how most of those power struggles work out. There's a running plot point that Cherie is menstruating, and she repeatedly sees her own blood in small spots on the floor. If looking at your own blood over and over doesn't say it all, I'm not sure what does.

The frustrating thing about a movie that keeps the plot twists coming at breakneck speed is that I don't want to spoil anything. This means I pretty much don't want to say anything specific about what happens after the first 20 minutes or so.

I liked the way that the movie examined who has power and who doesn't, and how horrifying it is to be on the losing end of such a power dynamic. When Cherie begs two (wealthy, white) women to help her, the women hesitate. When they finally do call 911, they imply to the dispatcher that Cherie is under the influence of something. There is a lot of language in the vein of solidarity slogans. At one point, the leader of a group trying to help Cherie says something to the effect of "Let's teach this Proud Boy a lesson." Yeah. It doesn't end well for that group of people. Neither does it end well for someone who declares "Hell yeah! This is going to be the year of the woman!". Statements of empowerment do not equate to actual power, something that several characters learn in brutal fashion. Even with Cherie, Ethan repeatedly tells her to "sit down" . . . and she does. And when she doesn't she pays for it.

There are also several style choices made in the film to parallel the power dynamic. The villain literally controls the movie. At one point he "turns off" the music in the movie. Later he physically turns the camera away from an act of violence he is about to commit. At different point titles appear over the characters giving them directions.

The thing about it is that it's all so overt that I found it pretty funny. The film is very aware that shouting "girl power" is hollow if you are being overpowered and outmatched.

Now while I did overall enjoy the film, the allegorical elements do sometimes feel like they are fighting with the horror elements. And there are some pretty good horror moments here. The movie doesn't quite manage to bring it together in a satisfying way in the last act, where things get too explained and the staging of the final showdown brings in too many characters outside of Cherie and Ethan. In the first act of the film I was a bit irritated at some of Cherie's choices (when she first goes for help she asks to call her babysitter instead of calling 911, girl why?!), but as the movie gets weirder those choices seem less and less incidental.

In terms of horror that is leaning weird and allegorical into gender issues, I'd give a slight edge to Lucky. But I definitely enjoyed this one and thought that Balinska made for a very engaging lead.