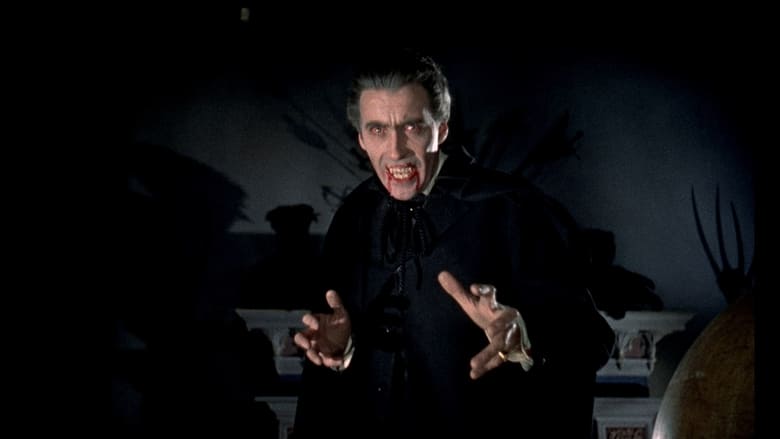 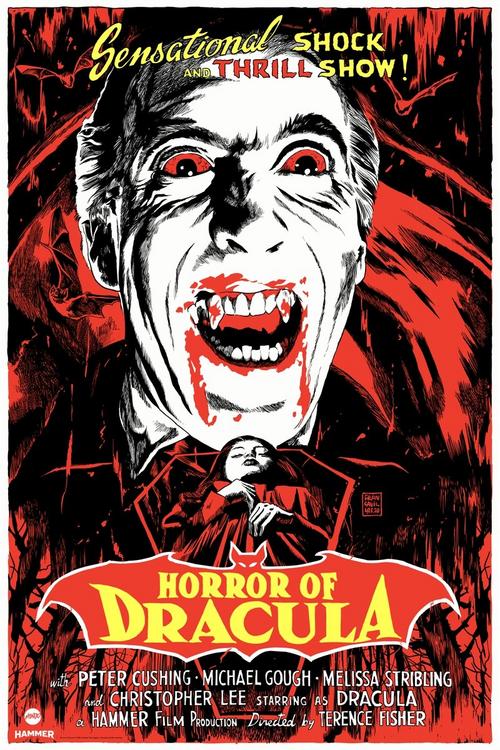 Hammer fun time!
This was Hammer's reimagining of Dracula after The Curse Of Frankenstein was such a smash hit for them the year before. They decided to get gory and shocking and it paid off in a big way, so Terence Fisher and company are back to bloody up the Dracula story. Quite a bit is changed so that there's more death. Fangs are added (other than Nosferatu, cinema vampires did not have fangs until this movie). The underlying sexual implications of vampirism are implied much more strongly. And the blood is RED.

As I understand it, that was a bit of a coup by Francis and Hammer, as that was not done really before this.
As we've talked about elsewhere, Fisher really predates Bava and man does he love his intense primary colors, particularly, obviously, red. Every red matches almost perfectly. The inside of Harker’s bag is even a deep, intense red. Harker’s diary is bound-leather, bright red. And somewhere he even found deep-red chess pieces instead of the black (in Harker’s room). Which is, of course, symbolic, since Harker, in one of the major changes to the story, makes it clear he knows who Dracula is and has come to kill him.

You have to love Lee in this, he's been banging around in small roles and bit parts for 20 years at this point and he gets given Dracula. He was a real actor who took his work very seriously and he was not gonna mail this in, and how he approaches taking on such a famous character, especially after two iconic representations of it in Schreck and Lugosi, is very interesting. He’s very intentional about what he does, his facial expressions, and especially the way he moves. You may notice that he bounds down the stairs briskly, with athleticism, and goes back up them, carrying Harder’s suitcase, two at a time, establishing the physicality of Dracula subtly without having to lift up a table or something.

It’s was a real pleasure to just let myself get sucked into the period. I found Lucy’s staking pretty intense, even though I just watched House of 1,000 Corpses an hour ago. It's a really bloody film for its time.
It’s also funny that, as corny as these films may seem today, they were going for something much more like realism at the time and, according to critics, found it, with Variety saying, “the serious approach to the macabre theme...adds up to lotsa tension and suspense.”
This really does feel like it’s writing the language of Horror to come for decades.


Post script on Terence Fisher - From Wikipedia: “He was the first to bring gothic horror alive in full colour, and the sexual overtones and explicit horror in his films, while mild by modern standards, were unprecedented in his day. Given their subject matter and lurid approach, Fisher's films, though commercially successful, were largely dismissed by critics during his career. It is only in recent years that Fisher has become recognised as an auteur in his own right.”
» More about Horror of Dracula
» More reviews of Horror of Dracula
» More reviews by Wooley