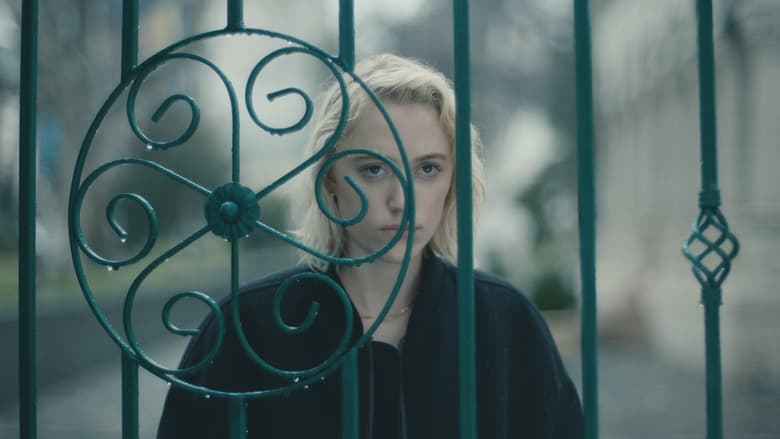 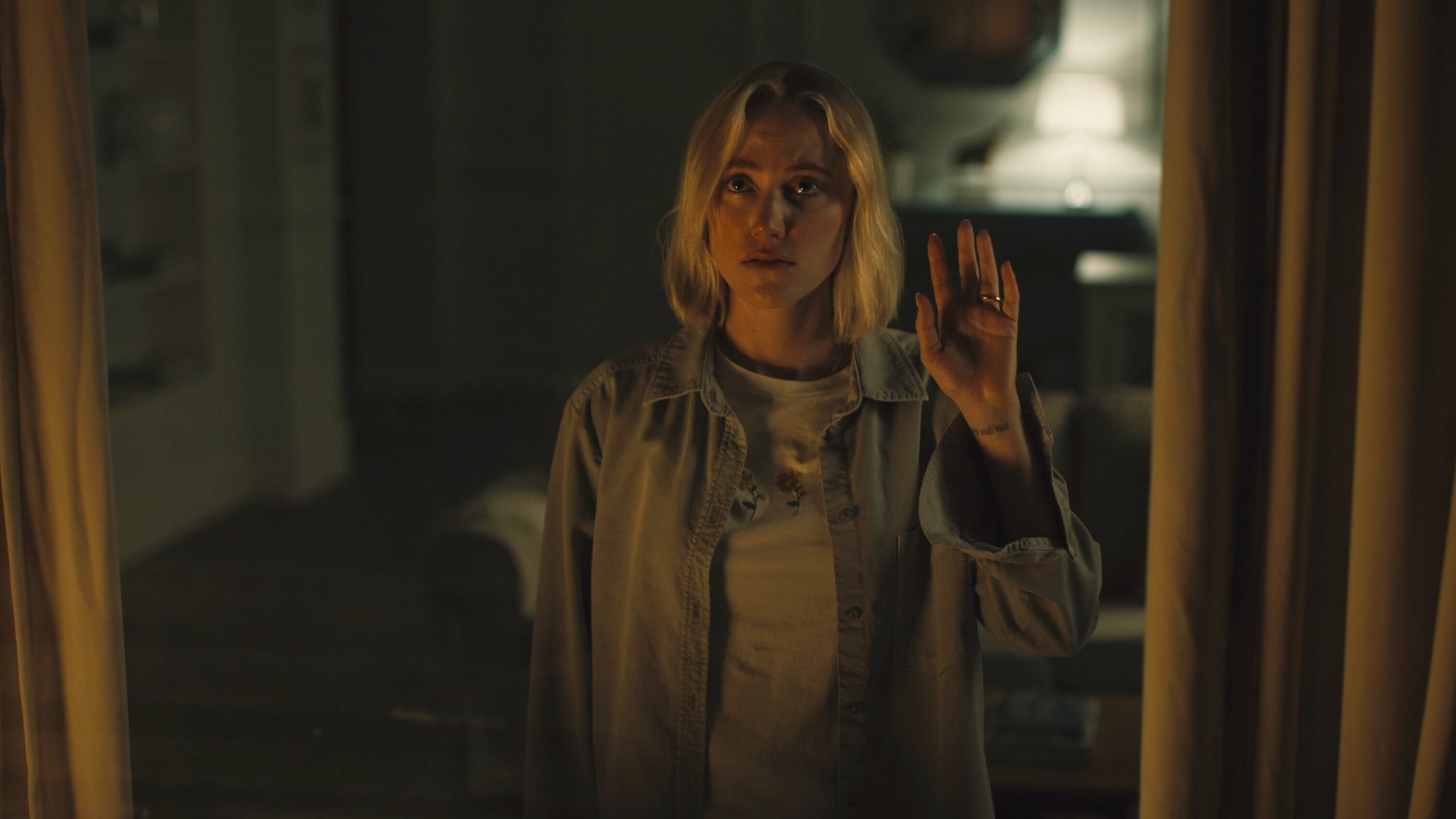 Julia (Maika Monroe) has just moved to Bucharest with her husband (Karl Glusman) for his work. She's soon unnerved when she notices a man watching her from a window in the opposite apartment building. Around the same time, she begins seeing the same man (Burn Gorman) everywhere. Is he stalking her, or is it a coincidence? Julia has something of an ally in Irina (Madalina Anea), the next door neighbor who is friendly and an exotic dancer at a nearby club. Is Julia paranoid, or is someone out to get her?

This is kind of a by-the-numbers thriller that we've all seen variations on many times before, but it does right by the formula through good performances, writing, and a satisfying final act.

Watcher takes the old "woman being stalked but everyone thinks she's nuts" plot and pushes it into overdrive by putting its main character in a setting where she doesn't speak the language and yet communication is key. Instead of just being like, oh well, it's all foreign to her!, we see that Julia is avidly trying to learn the language, and as she starts to get a grasp on vocabulary and grammar, it changes how she perceives what is happening around her.

One of the things that I liked here was that very few of the surrounding characters were overtly unhelpful. There's a police officer who is rightfully a bit doubtful when Julia says she recognizes the silhouette across the street as the same man who was in the grocery store. He offers to take Julia to the apartment across the street to identify the man, but she is understandably spooked by that idea. When Irina's boyfriend (Daniel Nuta--who looks so familiar to me, yet I've never seen him in anything else! Must be a lookalike to another actor!) comes by the apartment, he willingly accompanies Julia across the road to try and confront the mysterious watcher.

The only truly unhelpful person is Francis, Julia's husband. Yes, this is a movie about being stalked and living in fear, but it's also a movie about the infuriating powerlessness of being dependent on a person who doesn't believe you or want to support or protect you. This is driven home in scene after scene of Francis interacting in conversations that Julia is present for but wholly or partially excluded from because of the language barrier. I think everyone knows the frustration of someone talking about you as if you aren't in the room, and this is something Julia must experience over and over while fearful and stressed.

Monroe is her usual dependable self. Gorman is very creepy as the maybe-a-killer neighbor. Glusman nails the "this is all about me" self-centered nature of Francis.

Not the most original, but still worth a watch.