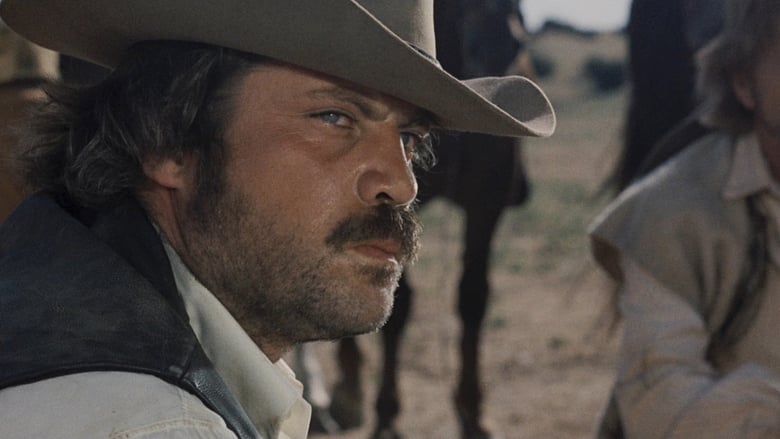 by JPRetana
posted on 9/21/22
in
The Hunting Party

The Hunting Party is an atypical artifact, even for an early 70s New Hollywood revisionist Western. When I think of snipers or guerilla warfare, its invariably in connection to war movies, not westerns; however, this film dusts off the then newfangled Sharps-Borchardt Model 1878  "Fires a center-fire cartridge with the new DuPont gunpowder. Accurate up to 800 yards ... Jesus Christ himself couldn't get any more range out of it."

Thats good stuff. The Hunting Party is somewhat noirish in that there are no heroes, only hunters and prey. The problem, however, is not whether or not you like the characters, but whether or not you care about them; as it turns out, every tree is the wrong one to bark up in this movie.

Outlaw Frank Calder (Oliver Reed) and his band of rustlers and thieves kidnap Melissa (Candice Bergen), wife of cattle baron Brandt Ruger (Gene Hackman; the character may or may not be named after firearms designer Bill Ruger). Ruger and four of his rich friends trail Calders gang, picking the outlaws off from a safe distance. Ruger pretty much writes Melissa off from the get-go ("[Calder]'s gonna pass her around. After he's through with that, maybe 15 or 20 of them. He'll accept $40,000 or $50,000 of my money. Thank you very much ... My Virginia-educated, butter-wouldn't-melt-in-her-mouth wife used like a whore! Then I have to take her back pregnant with a bastard! And pay him $50,000 of my ******* money?"); the situation becomes nothing more than a serendipitous opportunity for the ranchers sadistic instincts  of which weve already had an inkling  to reach new nadirs.

This is all right up Hackmans alley, though perhaps somewhat lacking in the psychopathic charm of future evil cowboy roles (The Quick and the Dead, Unforgiven). Bergen is also a perfect fit for the would-be school marm  and I say 'would-be' because thats what Calder thinks she is; he kidnaps her, and Im not making this up, because he wants her to teach him to read. Like, really.

Make no mistake, though; he still wants to and does rape her  he just doesnt pass her around; in fact, he protects her virtue, or whatevers left of it, from the rest of the gang. This is beyond misguided, but its all right, because the film tacitly invokes the man-made myth of the rape fantasy: deep down all women want to be raped; its an acquired taste, but sooner rather than later they learn to like it (it happens to the best of them; only two years later Clint Eastwood himself would be guilty of it in High Plains Drifter).

In a nutshell, we have a Jerk with a Heart of Jerk, a supposed Jerk with a Heart of Gold whos actually a Wolf in Sheeps Clothing, and a broad who is dumb enough to have married the one and fall in love with the other. See what I mean about every tree being the wrong one to bark up?

All things considered, if we had to choose, itd be comparatively easier to take sides with Hackmans character, who is despicable but believable; as bad as he is (and the movie desperately wants us to believe hes way worse than Reed), at least hypocrisy is not among his many flaws.
ģ More about The Hunting Party
ģ More reviews of The Hunting Party
ģ More reviews by JPRetana