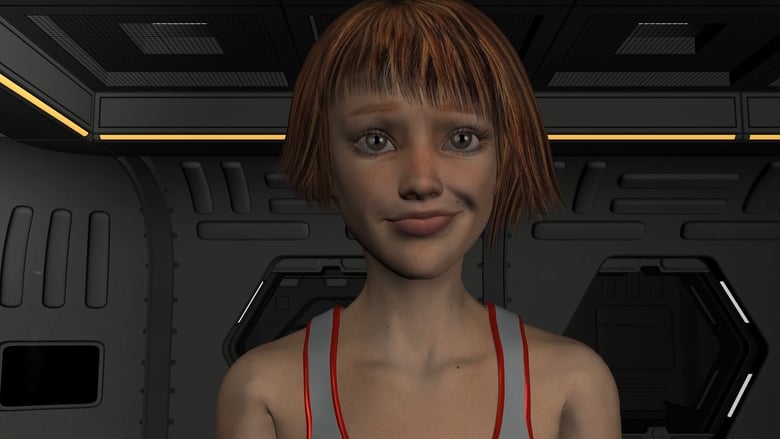 In an unspecified future, Emma (Maggie H. Taylor) discovers a terrible secret about her home: she doesn't live on Earth but rather some other strange outpost planet. With only a computerized "God" to answer her questions, and often evasively, Emma becomes determined to find out the truth behind her situation.

The story itself is dime-a-dozen sci-fi stuff, and if the film had any storytelling skills, I probably wouldn't bag on the plot too much. I think that if you said the plot to someone ("A girl realizes she's living on some random outpost planet instead of Earth, so she smuggles her way onto this strange space station that's orbiting her planet") it would actually sound decently interesting.

But really the only interest this movie generated for me was sort of a horror-fascination with its perviness and overall incompetence.

Let's talk about the perviness. Do we know how old Emma is meant to be? I don't remember. And frankly it doesn't super matter to me splitting hairs about whether she's 16 or 18 or whatever. The character looks like someone animated a blow-up doll, finding any excuse to shoot her character looking up into her crotch. I mean, very early on she takes a weird lateral step and I was like "Wup, okay. Yup. That was her vulva. Thanks, but no thanks." Things get more overt as they go on (Oh, no! A strange liquid melted off my clothes and now my heaving breasts are bare and I have only this little bikini bottom on!). As the character breathes, her breasts don't just rise and fall to an absurd degree, they, like, pulse? Expand and contract? Anyway, young this woman needs to speak to a doctor. The ickiness of this is slightly alleviated by how crappy the animation is. If I felt like I was looking at realistic bodies, I'd be pretty squicked. But this is like a cheap cut-scene in a video game had their clothing removed.

The only so-bad-it's-good element here is the extreme shoddiness of the production. At times the animation seems to shudder and stall, like these strange little moments of unintentional slow motion. The compositions are bland and uninspired, and they lack literal texture. Everything looks and feels flat. There's also the way that Emma's clothing just randomly changes in the middle of scenes. There's her bikini bottom and then there are these short-shorts, and sometimes within the same scene she alternates between them randomly. It really, honestly feels like no one actually cared about what was happening on screen as long as it gave you a chance to ogle the main character (or any of the other porn-bot female characters).

Can I give this film one little teeny-tiny scrap of praise? There was a scene that felt like it was heading for sexual assault territory, and I was relieved it didn't go there.

This whole thing has very sad "If I draw her, she has to take her clothes off when I say so!" vibes. You can't tell me that anyone actually enjoyed this film outside of the titillation. Just go pay for some ethically-produced adult films, ya pervs!