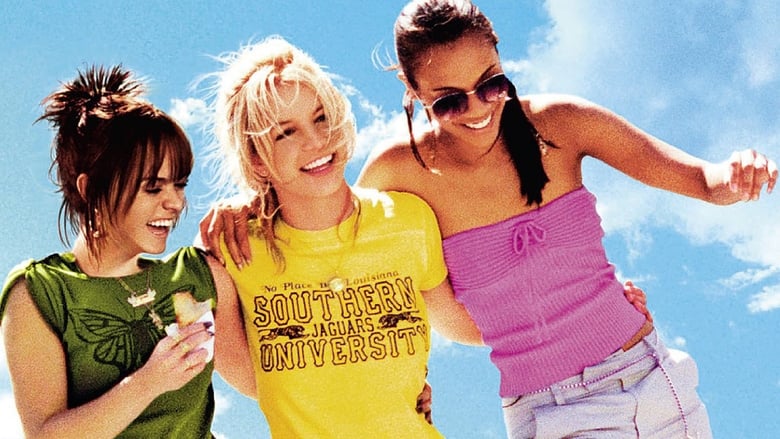 The teen pop version of 8 Mile would surely fall far short of 8 Mile's virtuosity, but it would still be much better than Crossroads — which could have been this hypothetical teen pop 8 Mile if only the lead had any resemblance to Britney Spears beyond looking and sounding like Britney Spears. Here’s an uber-sexy girl with an exceptional voice who couldn't, aside from playing herself, give a convincing performance if her life depended on it; why not build the movie around the first two aspects rather than the third?

Lucy Wagner, that is to say Britney, is the high school senior class valedictorian. This notion is so far-fetched that not even the filmmakers buy it. Before graduation, Lucy’s father, Pete (Dan Aykroyd), asks her if she’s practiced her speech. She hasn’t, at least that we now off. After graduation, someone (too old to be a student, yet dressed in a cap and gown) congratulates on her "wonderful" speech, which she gave offscreen. Either the director didn’t think the scriptwriter could write a wonderful speech, or didn’t think Britney could deliver it wonderfully. Or both.

This same mystery person who congratulates Lucy on her mystery speech expresses her hope that Lucy will continue to "study music at university" (perhaps they should have made the movie a musical and the speech this big song-and-dance number, which would in fact be better than anything else here); Pete chimes in, replying that "Lucy wants to be a doctor", with "a double major in biology and chemistry." Aykroyd delivers these lines with the deadpan poise that served him so well in Dragnet; alas, Crossroads isn't supposed to be a comedy.

Anyway. Eight years ago, as little girls growing up in a small Georgia town, Lucy and her two bestest friends foreverest Kit (Zoe Saldana) and Mimi (Taryn Manning) buried a "wish box" and promised to dig it up on the night of their high school graduation.

In the present day, the trio open the box to find that their dreams haven't changed a bit in almost a decade, which is a rather depressing thought. Lucy wants to find her mother who abandoned her when she was three years old, Mimi wants to travel to Los Angeles and audition for a record label, and Kit, well, what she wants is pretty much inconsequential.

Lucy does find her mother, but when her mother wants nothing to do with her, Lucy decides to steal Mimi's dream. The question is, why didn't they make Lucy the character with musical ambitions from the beginning, and forget about the unnecessary and implausible 'valedictorian/wannabe doctor' aspect altogether? It just makes as little sense as Bradley Cooper discovering Lady Gaga at a TED talk instead of a drag club in A Star is Born.
» More about Crossroads
» More reviews of Crossroads
» More reviews by JPRetana