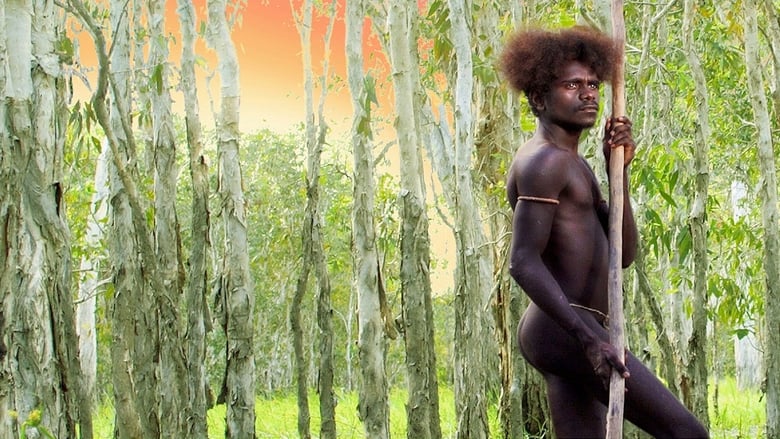 In a remote section of Australian wilderness, a party of gatherers makes their way on canoes through the marshes. A younger man, Dayindi (Jamie Gulpilil, yes, son of David Gulpilil) has designs on one of his brother's wives. The brother then tells him a tale from their ancestors, where a young man named Yeeralparil (also played by Gulpilil) lusted after his brother's wife, with disastrous results.

This is the kind of dreamy, slightly off-kilter storytelling that I really enjoy.

I'm a fan of when movies use simple techniques to make an impression, and one of the things I liked most about Ten Canoes was its subversion of the use of color and black-and-white. Here, the "present day" content is in black-and-white, while the flashbacks are in sumptuous color. But within the flashbacks, the imaginings of characters are in black-and-white. It all adds to the sense of how the story is cyclical, and the past and the present spill over into one another.

Jamie Gulpilil is an engaging lead, though he definitely has to deal with comparisons to his charismatic father, who also narrates the film. Really, though, the star of the film is the rich atmosphere and the mix of humor and a sense of foreboding as the plot progresses. There's a real standout sequence in the final act of a death rite with some excellent imagery and use of color.

The movie is also noteworthy for being shot entirely in the Aboriginal language, albeit with an English voice-over narration from the elder Gulpilil.

I'm sure that the relaxed pace and overlapping narratives won't be everyone's cup of tea, but I was thoroughly charmed by it.