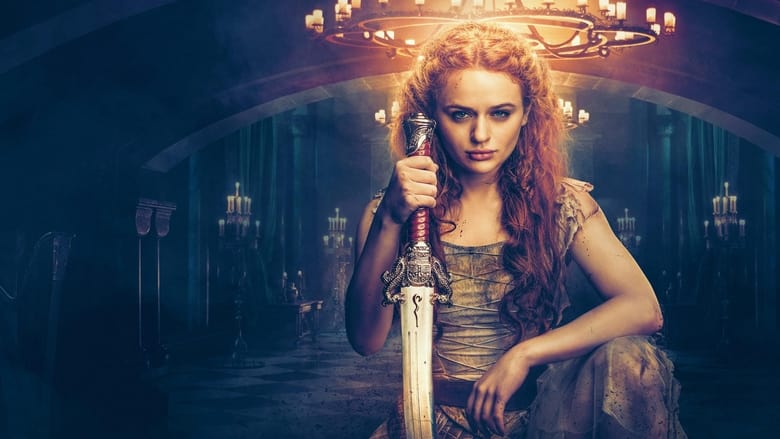 This is a lean, mean and very fun fantasy action movie starring Joey King as our marriage-hesitant titular heroine. She's so hesitant that she's willing to kill anyone in her path to freedom. This is because her would-be suitor is Julius (Dominic Cooper), who only wants to tie the knot as a pretense for taking over her kingdom and ruling it with an iron fist. What's more, he has a bodyguard and consort, Moira (Olga Kurylenko), who wields a whip that puts any of the Belmonts' whips in Castlevania to shame.

There is no fight scene in this movie that didn't excite or shock me. Besides each one being gloriously bloody and violent, they all have a David and Goliath dynamic since King is rather diminutive, and surprisingly, it never gets old. As for the look and feel, almost every shot resembles the cover of a cheesy fantasy romance book cover, which is satisfyingly whether or not it's tongue in cheek. I like King a lot in the lead, but Dominic Cooper's villain is my favorite performance for how he chews the scenery and makes it clear he knows what kind of movie he's in. There's even room for some good laughs amongst the bloodshed, my favorite coming from a rather vain guy with a big helmet. While good - much better than the critical consensus suggests, at least - I wouldn't quite call it great considering how much it cribs from better action fare like The Raid. Also, the movie's leanness is more strength than weakness, but deeper world and character building wouldn't have hurt. If you're a fan of that 2011 classic, you're still bound to enjoy this one in spite of its derivations, and when it comes to streaming exclusives from this summer, it's one of the better ones (much better than that $200 million exclusive on that other service, at least).
ģ More about The Princess
ģ More reviews of The Princess
ģ More reviews by Torgo