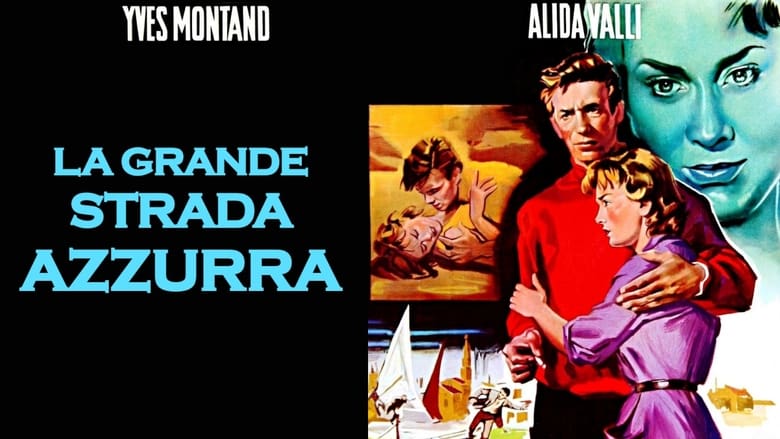 Squarcio (Yves Montand) is a fisherman in a town full of similarly employed and similarly impoverished men. Squarcio is working to support his wife Rosetta (Alida Valli), his daughter Diana (Federica Ranchi), and his two sons, Tonino (Giancarlo Soblone) and Bore (Ronaldo Bonacchi) who often accompany their father on his fishing boat. But while the other men use nets for their catches, Squarcio uses the illegal and dangerous strategy of bomb-fishing. This practice soon creates tension with the other local fisherman, as Squarcio hauls in a plentiful and illegal catch.

Probably the best realized element of this movie is the way that it pulls you into Squarcio's point of view and the flawed mathematics at the heart of the decisions that he makes throughout the film.

From the beginning we understand how precarious the financial situation is for the whole village. Even with his illegal bounty, Squarcio just has an edge on his fellow fishermen. In using the explosives, Squarcio is taking a huge risk: the risk of being arrested and the risk of injury. Twice in the film we see the results of accidental mishandling of explosives, and Squarcio reassures Rosetta that he will not make such mistakes.

Often in a movie where someone gets sucked into illegal behavior, there is a real, marked difference between life without the illicit activity and life with it. But here we see just how marginal that difference is, and how, in fact, it can actually be a net negative even though Squarcio is blind to that fact. For example, at one point Squarcio is faced with the choice of whether or not to sink his own boat to escape arrest. The real poison here is Squarcio's hope and optimism that his illegal fishing will make a big difference.

And compounding the tragedy here is the fact that the more he persists in his activities, the more alienated he becomes from the community around him. Through the film we see the respect of his village turn to resentment and anger.

So I found the central character arc pretty interesting, even though Squarcio himself wasn't that engaging of a figure. I never quite got deeply invested in his character or the characters of his family. There's a subplot about Diana fooling around with a man who has promised to marry her, as well as his sons trying to cope with the messaging from those around them that their father is doing wrong.

The scenery of the film is really beautiful, and there are some lovely underwater shots in a sequence where Squarcio dives deep into the water to retrieve something from a sunken boat. The beauty of the film inclines me to bump my rating up about half a point.