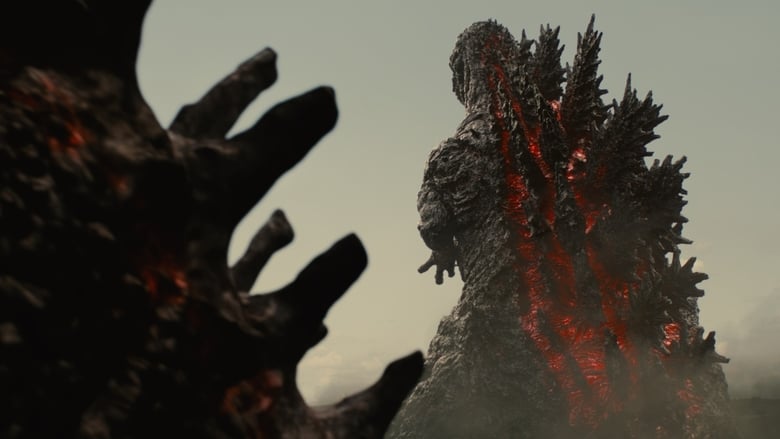 Originally Posted by Rockatansky
The monster stuff in KotM is amazing. You gotta tune out the shitty human parts, but that's a small price to pay. Much better than something like Shin Godzilla, which is shrill on both fronts.
That's not encouraging.

WHAT'D I THINK? *SPOILERS*
Throughout this entire movie I could only think of two words:

What kind of movie would you get if you took Godzilla and presented it, realistically, entirely from the perspective of the Japanese government as the bureaucratic machinery sluggishly struggles to reconcile the political landscape in view of a giant radioactive lizard tromping around downtown?

Well, you'd get this movie. Don't get me wrong, I'd rather take a concept like this over Godzilla: Or How I Learned How To Cram A Romance Into a Monster Movie, but this somehow accomplishes the rare feat of being a fairly fast-paced movie... but also boring.

All of the characters you only ever gain a superficial familiarity with, it's basically just the PM, some other assorted people with vague government roles, and one of them is a sort of quasi-protagonist, because of course, just like the other movies, there has to be one insightful dude who somehow knows exactly how to respond to every conflict that arises because reasons.

The editing is very over-the-top with constant 4th wall camera shots of characters looking directly into the camera as though it were 12 Angry Men or something. But rather than serve to insert me into the room and help me to imagine if I was one of the characters being spoken to, the editing here is just really distracting with odd camera shots, rapid-fire scene cuts, and a LOT of information being communicated very quickly.

This is not aided by the CG, which unlike the MonsterVerse reboots, looks pretty trashy at times. Extreme closeups on Godzilla or vehicles like tanks and trains look awful when they're moving. Ironically this means Godzilla looks better over the course of the movie because they have an "evolving" gimmick where he quickly comes ashore malformed and develops into a much slower, much stiffer monster more resembling the flexibility and posture of the original movies' costumes.

I really don't think that improved my experience. Even before watching the movie when I saw the poster it looked to me as though Godzilla was just this giant static prop, as though he really were a guy in a costume, and in the movie it's almost exactly that, with the exception of a giant wiggly tail.

One of the THE biggest benefits of doing Godzilla in CG is being able to portray him as a realistic creature, to show him moving and behaving as an animal would. They started with something resembling that, but as soon as he "evolves" into Godzilla proper, suddenly he has fixed T-rex arms, he stands upright, and basically zombie-walks everywhere. Apparently there are already action figures of this version of Godzilla and I guarantee the toys are more flexible than what he see him do in the movies.

This is also probably the ugliest design I've seen for Godzilla yet.

I legit laughed when I first saw it, and was sure that it was just one of the monsters that Godzilla would later show up to fight, but nope, that's Godzilla. The King of the Monsters is a giant bug-eyed dopey mouthbreather. It's an insult to say that "Zilla" from the first American adaptation was a betrayal of the monster, when this shit passes for a first impression in an actual serious movie that isn't trying to cram in jokes. Granted this is like his "larval" form, or whatever, but he still never blinks throughout the entire movie and just giving him a shark mouth full of random spikes for teeth just looks unattractive. His mouth also splits open like Predator when he goes nuclear which is also a design decision I didn't appreciate.

Speaking of his atomic breath, I will at least credit the movie for presenting Godzilla in the most destructive version of him I've seen yet. There was a nice touch to show him initially breathing fire before it seems to funnel into a controlled laser and then sweeps it across the city wiping out several districts at once. That's pretty incredible, I liked that.

It seemed a bit convenient that air attacks were so easily thwarted by Godzilla then shooting lasers out of his back and simply shifting back and forth to perfectly eliminate literally every single missile and drone in 3 ******* waves... Then his TAIL starts shooting lasers... I mean come on. It's like you got one trick here, guys.

The movie got another laugh out of me when in Japan's last gambit to stall Godzilla long enough to administer a blood coagulant that would nullify his nuclear energy(?) they're like "send the train bombs" and INSTANTLY there's like 20 ****ing trains uppercutting into his face. It was beyond silly. And it was already silly to think that they would be able to maneuver however many of these vehicles they had to even reach Godzilla after they deliberately blow up 4 skyscrapers on top of him.

And all of that assumes they even needed to wake him up in the first place. The dude was SLEEPING, you're telling me there was no part of this entire monsters' body that you could approach and inject with coagulant other than his mouth? I don't believe that.

All of that is critiquing a relatively small part of this movie's total 2 hour runtime. The vast majority of the movie is just people debating the issue in offices, and NO, this is not anything even remotely on the level of 12 Angry Men, and that's not what I wanted in a Godzilla movie anyway.

Apparently this movie got great reviews in Japan, but I don't understand it. The twist at the end that shows people sprouting from Godzilla's tail makes no sense (I think they mentioned earlier he has a bunch of human DNA for some reason?), and there's a Japanese-American character who's supposed to be a politician planning to become the US President at some point, but she's clearly not a native English speaker despite the fact that they got native English and German speaking characters for other roles in the movie?

Ah, t'would seem they hired her for her star power, rather than her believable portrayal as an American politician.

This movie did way too much to be as boring as it was.