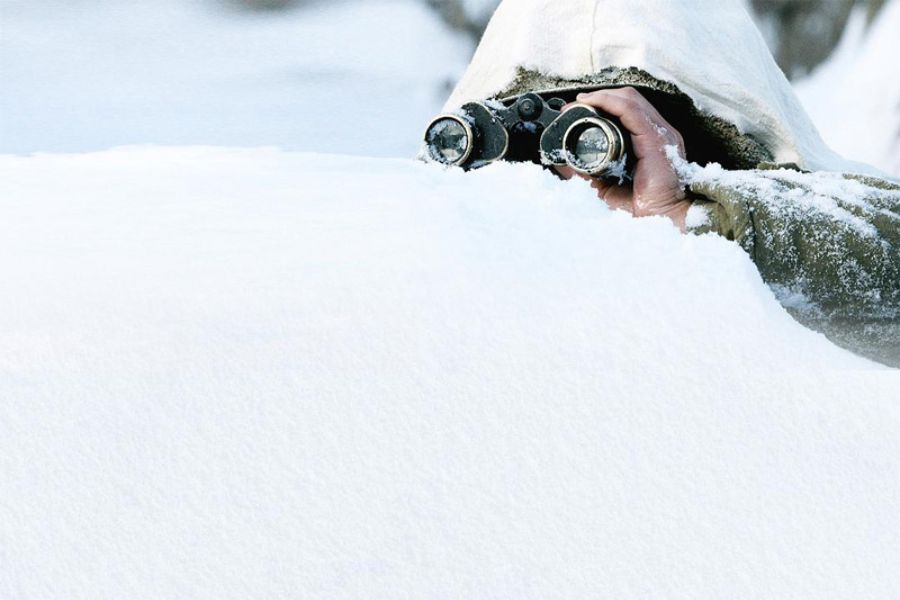 WHY'D I WATCH IT?
I tried watching Battle for Sevastopol which seems to be a popular sniper movie presented from the perspective of a this person, which sounded like a cool concept. But it immediately invoked the "suckfest" vibes I talked about with Cena's The Wall, the English voice actors weren't just dubbed in, but then they had translators dubbing the dub on top of that. The subtitles sucked also and just skimming through the movie I realized it was one of those tonally schizophrenic fliks where it wildly shifts back and forth chronologically between the downtime away from the war and conflicts in the war. It also came off like a Russian G.I. Jane if G.I. Jane had no subtlety.

So I dropped it. And decided to watch this instead. It's a Chinese sniper movie from this year.

WHAT'D I THINK? *SPOILERS*
Snipers, is about what The Wall should have been.

It also centers around a single encounter, but rather than being reduced to just two characters in the first 10 minutes, this is the story of a spartan squad of Chinese snipers who've been baited into a showdown with a much better equipped American sniper squad during the Korean War.

Unlike The Wall and so many other military movies, there's no commentary at all about the circumstances of the war, who's the good guys, who's the bad guys, or anything. "5th Squad" at one point sing a song about "evil Americans", but it's only to wake their dying friend.

There's plenty of motivation for the Americans to be portrayed as excessively cruel, and I know where I come from there seems to be every reason for anyone fighting on the side of North Korea to be the bad guys, but this movie makes an effort to humanize both sides. Not so far as to make everyone sympathetic, but the movie, though mainly from the perspective of the Chinese snipers, presents a healthy amount of screentime focusing on the American troops as well as their own dilemmas.

Put another way, this is no propaganda piece. Easy though it would be, it doesn't have an agenda to push, despite the fact that Wikipedia says it was funded by China's Propaganda Department. It's just this one combat encounter between competing sniper squadrons.

Which is great because this movie delivers far better on the action, pacing, and even technical aspects of sniper warfare than the other movies I've seen (and skipped). 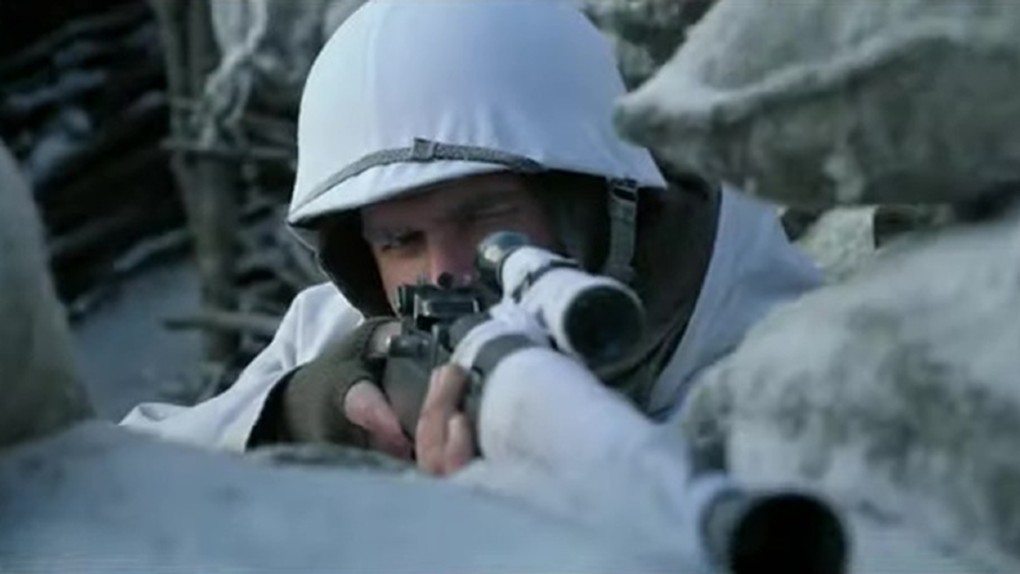 The main conceit here is that the "Chinese Reaper" Sgt. Liu gained a bit of a reputation and American snipers have been dispatched to capture him alive for political clout. While the American snipers have the gear, Liu and 5th Squad do not. None of their snipers have scopes, Liu alone has the only pair of binoculars, and instead of parascopes, they have big spoons.

This aspect serves to make their kill record more impressive, but it also strains the suspension of disbelief when anything other than explicit "covering fire" is a perfect bullet to the dome. They also do that Sniper Elite slow-mo killshot stuff which is unnecessarily silly.

I think my biggest problem with the movie would just be the excessive amount of crying. "Stop crying" is a repeated line in the movie because at minimum one character's eyes gets all watery each time one of them dies and the overtly sad music they play is a tad overbearing.

That said, what happens in the movie is definitely hard to watch at times, and it feels more appropriate when by the end Liu himself is struggling to keep the tears back. It's much more emotional than, frankly, most of the war movies I've seen recently.

I don't know what it is about Russian movies that keep turning me off, but I can at least say that the Chinese film industry is perhaps only second in maturity compared to Hollywood. They got the talent, the experience, and the budget to make a decent flik.