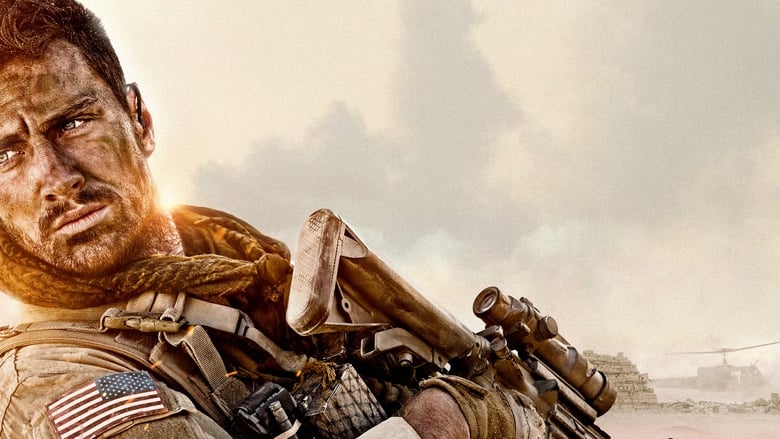 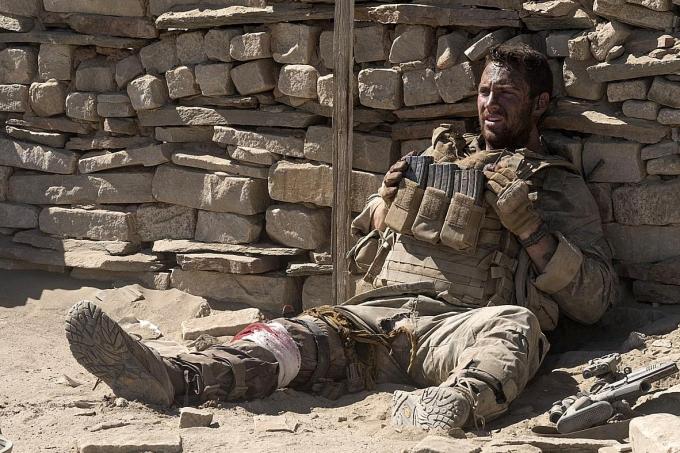 WHY'D I WATCH IT?
John Cena is a sniper.

WHAT'D I THINK? *SPOILERS*
I was pleasantly surprised when I figured out this was actually a high-concept film about a single sniper v. sniper encounter in the middle of Iraq. "The Wall" refers to the place they believe the enemy sniper is hiding until shortly after when it becomes where the protagonist is hiding.

We drop-in, 20 hours into a standoff between our protagonists including John Cena as the good guy sniper and a potential sniper whose whereabouts among the destroyed infrastructure in the middle the desert are unknown.

Cena gets impatient (understandably) and decides to venture out into the open where he is promptly shot and almost immediately taken out of the movie.

Welp, so much for John Cena the sniper. The movie immediately shifts focus to the spotter who's wounded in the leg, his antenna's broken, and his water bottle's been shot through, which we're later lead to believe were deliberate shots when he was zigzagging to avoid being hit.

We find this out because when Spotter tries to radio for help he gets suspicious of the person's he's talking to and it's revealed to be the sniper who has a lock on his hiding place and continually goads Spotter into talking on threat of shooting Cena in the head (who's maybe dead from a gunshot to the abdomen?).

The movie heavily downshifts into this WAY less interesting plot device where Spotter is struggling not to bleed out and to locate the enemy sniper with his extremely limited resources. Too often this just ends up being Spotter laying on the ground and calling the sniper a "gay hadji". The movie doesn't feel like it progresses in any meaningful respect even compared to other relatively minimalist survival movies.

There's a point where he runs out of cover to grab a new radio, but it doesn't work.

There's a point where he creates a decoy to bait out a muzzle flash but it doesn't work.

There's a point where Cena wakes up and shoots blindly into a trash heap they think the sniper's in, but then he gets shot in the head, because of course he does. We established early on this is not a "John Cena is awesome" type of movie (which, to be fair, isn't what i wanted anyway).

Eventually it's revealed that Spotter keeps his former partner's scope because he feels guilty for shooting him in the back on accident. This is the same shitty reveal as in The Messenger. Why does the soldier have to have some secret burden about killing somebody with friendly fire? Let alone someone we've never seen at all. I really struggle to imagine any kind of movie-going audience who would get emotional upon discovering that.

OH NO, he feels bad cause he shot some guy we don't know years before the movie! That's turrible!!!

Spotter also determines that this guy is some kind of legendary sniper who's killed a ton of US soldiers. Implying that he makes a habit of impersonating troops calling in for support is a smart move, it implies the setting of the movie and rationalizes why he might have a disproportionately high kill count (so it's not just godly aim).

The movie ends very abruptly when Spotter recovers Cena's rifle, takes a shot at a muzzle flash, and it's left questionable whether he took the sniper down before he's loaded into a helicopter and the helicopter is shot down. Smash cut to black and butt rock.

This is not the sort of movie where a smash cut to butt rock feels appropriate. That's like a Return of the Living Dead thing, maybe if this really was a John Cena suckfest, it'd make more sense, or if the movie put more emphasis on this particular sniper being the ultimate big bad who no protagonist can survive... maybe it would have felt more appropriate, but it's just weird when you've spent so much of the movie dwelling on the minutae of Spotter getting water, eating Skittles, bandaging his wound, cutting out the bullet, trying to radio for help, and not even getting heckled by the sniper most of the time, but being asked for his life story...

I can imagine a much more tonally consistent movie where the sniper aggressively heckles them or causes situations that put them in more imminent peril, basically anything that can justify an ending that wouldn't feel out of place in Final Destination or Saw.

There was a lot of potential in this movie, but it was pretty squandered.

I'm not at all of the opinion that a movie headlining former pro wrestlers can't be decent. The Condemned was basically The Hunger Games, but not complete shit.

This movie was just... unacceptably boring for it's premise.