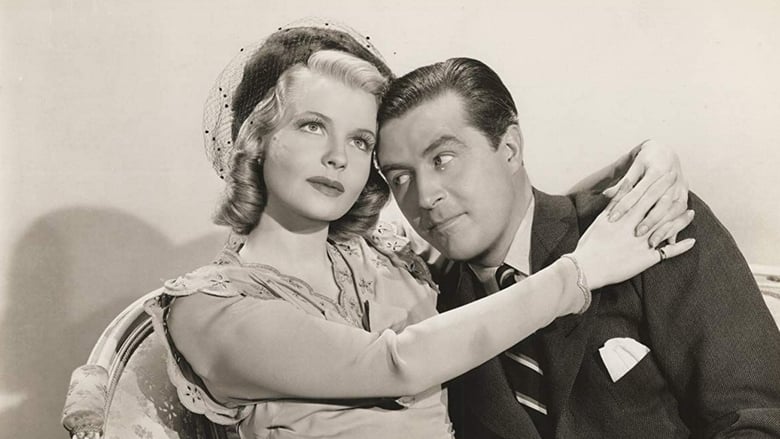 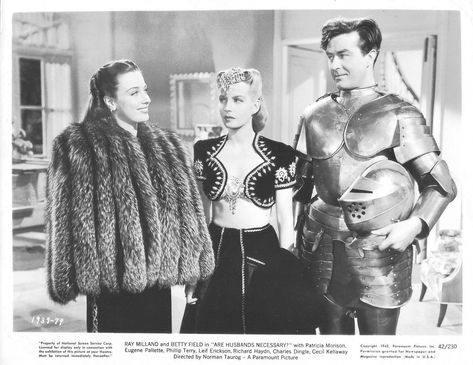 George (Ray Milland) and Liz (Betty Field) are a married couple navigating the stressful process of adopting a baby as George tries to move up the ladder at his banking job. But when George starts hanging around with an old flame, Myra (Patricia Morison), things get especially frantic.

I've decided that maybe none of us need to write reviews when there exist such gems as the review for this film from the time of its release, written by Bosley Crowther. I mean, who needs to say more than For here again, out of the pages of Isabel Rorick's "Mr. and Mrs. Cugat," is the same bird-brained "little woman" who has been seen countless times before — Maisie, Mrs. North, Gracie Allen, all the way back to Dulcy—the cheery little wife who debonairely hangs herself on the family budget, meddles with disastrous consequences in her long-suffering husband's career, frets herself into a dizzy when he starts playing around with an old flame but, by some miraculous fortune, pulls everything to rights in the end. . . a lady who lets her bills drag on from month to month is an anachronism. So is this farce.?

Anyway, the gist of the quoted review pretty much sums up how I felt about the film. Both halves of the couple are pretty hard to take. She's flighty and a total screw-up, while his character is that irritating kind of patient that makes him seem condescending rather than kind. They actually both manage to mess things up, then scramble to make amends, then mess things up again. It's also really weird that George doesn't consider how his wife might feel sitting around watching him flirt with an old girlfriend while their friends all remark on how good a couple they were.

I did like a few isolated sequences. While the "wifey doesn't understand money" sequence is insulting, Field is at least very funny as she explains her system for sorting out their bills. Also, kudos to whoever provided her with a belt that says LIZ, because that was the biggest laugh I got out of the movie. Milland has natural charisma, but it largely doesn't shine past the flat writing. Morison is nice enough, but somewhat stranded in a thankless role.

The ridiculous title is the best thing about it.