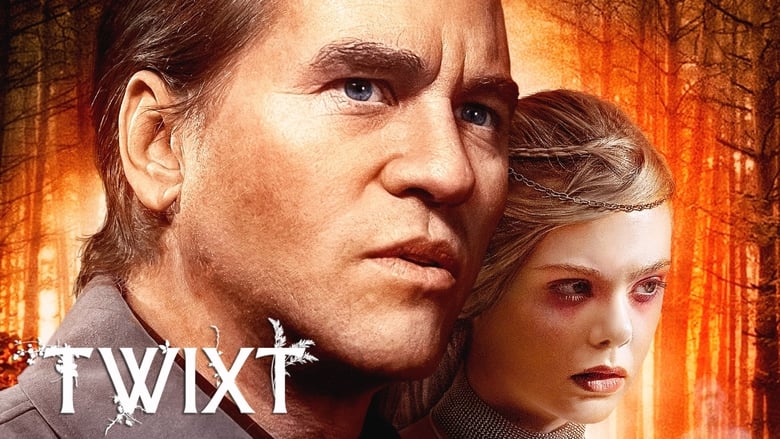 I haven't written any reviews for a while since I don't get a lot of commentary on this thread. However, I feel like this is more than necessary. I've been eagerly awaiting the new film by my favorite director, Francis Ford Coppola. If you recall, my first film on this thread WAS The Godfather. This new movie is called Megalopolis and I know very little about it since very little about it has been released. Coppola has been working on this for 20 years. But it won't be what you think.

Before the time of Youth Without Youth, Coppola had been so worried about perfecting "genre movies" that he eventually lost faith in his own skill. So he decided he would make movies for himself, very personal projects with an experimental touch. That's exactly what Twist is, especially if you already knew that about Coppola.

Twist is a surreal and Gothic tale about Hall Baltimore (Val Kilmer), a writer who travels to a small town in the hopes of finding inspiration for a new kind of personal novel to write, getting away from his long-running book series about witchcraft. Along the way, he meets an eccentric sheriff who;s a big fan of his and wants him to view a body at the morgue. After seeing the body, he eventually has dreams about the town where he meets a mysterious little girl names V, and as Hall discovers new stories about the town, he finds new areas of influence in a desperate search for a perfect ending. But reaching that ending may prove difficult, as it seems that people in both the real world and the dream world are hiding something.

I'm an aspiring writer myself. I can promise you that THIS IS A MOVIE ABOUT TRYING TO FIND AND ORGANIZE INFLUENCES FOR STORIES. That is the full extent. Sure, Fellini's 8 1/2 (a semi-autobio about finding influence for a new film) did it better, but that doesn't mean this movie sucks. Coppola's been struggling with influence ever since filming Apocalypse Now, as detailed by the documentary Hearts of Darkness. This is basically Coppola's 8 1/2.

First and foremost, it's true that this horror movie isn't really scary. It's artsy and Gothic, but not scary. But, and that's a big but Rosie, the mystery itself works. Some people are annoyed by the fact that the real mystery never got solved, and we only had the mystery created in Kilmer's head. But that's all Baltimore needed! It wasn't his job to solve the mystery as much as it was to see what the mystery could do for him. This is a director writing about the struggles of writing. He doesn't know the real story behind the gruesome murders, only bits and pieces, so for the sake of his story, he fills in the blanks.

Sheriff Bobby McGrange is a fan of Hall Baltimore, hoping to write a novel with the help of an experienced novelist in order to paint himself as a hero, but his behavior eventually mirrors that of a suspected murderer in Baltimore's visions. McGrange's actions eventually lead Baltimore to suspect McGrange is the murder, which may or may not be confirmed depending on the interpretation. So we MAY have solved the mystery.

The final dream sequence, in which Kilmer is shown images of his daughter before her death, represents Kilmer accessing the "heart" which his business partner tells him to write with in order to create a "bulletproof" ending, thus completing his eventual turning point into a disturbed writer potentially as good as Edgar Allen Poe, who was a very disturbed man. The final vision involving the girl V and her vampyric actions is a symbol of Baltimore going through the final stages of the metamorphosis, having already learned everything he needed to learn about how to be a better writer and finally publishing it.

To conclude this overly dissected romp, it's true that I'm a Coppola fan, but I don't force myself to love everything he does. The Gothic aspects were beaten by Dracula by a twenty miles. Basically, this is a movie for Coppola to cope with his own struggles, and possibly for anyone who's ever gone through the same thing. The fact that more people didn't compare this to 8 1/2 seems questionable. I'd easily recommend dissecting this movie with the mindset of Coppola, having gone through so many struggles.