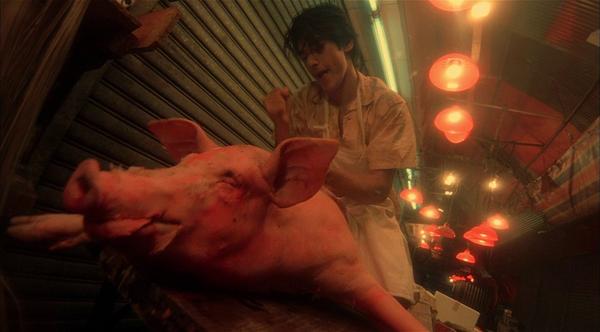 I enjoyed this dreamlike, melancholic, and all-around cool Wong Kar-Wai effort as a study of human connection (or lack thereof), not to mention of what life is like in the nooks and crannies of Hong Kong. It follows two of their dwellers, each of whom struggles with a very different impediment to getting close to others. There's professional hitman Wong Chi-Ming (Leon Lai), whose job forces him not to get personal, specifically with his agent (Michelle Reis), with whom they share a longing. Our other lonely man is He Zhiwu (Takeshi Kaneshiro), a professional "business squatter" who is mute.

This movie looks like one that could have been released last week instead of 1995 and this is not just because I watched it in HD. That it’s set in neon-soaked Hong Kong, which looks like a city even from our future, has a lot to do with this, but I also credit Christopher Doyle's unique and innovative camerawork. It's fitting that a shot of He driving his motorcycle through a tunnel is on the DVD cover because the mere thought of those sequences gives me chills. IMDB, Letterboxd, etc. label the movie as crime, but it proves that the best movies have several labels because it could easily be filed under romance, drama, or comedy. The former - especially the unhappy parts of it - is where it succeeds the most, but I have to give credit to the former label because when it's funny, it's very funny. I laughed hardest whenever He has an encounter with his least lucky and least willing "customer." 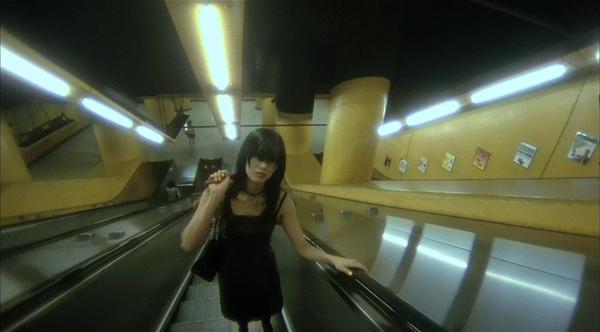 As much as I like the movie, it doesn't reach the heights or resonate as deeply as the other two Wong Kar-Wai films I've seen, Chungking Express and In the Mood for Love. For one, I didn't love the character of Blondie, an obvious manic pixie dream girl who is a bit too convenient. Also, even though I don't know what I would add or take away from He's story so that it's deep as Wong's, I don't think I'm out of line in saying that I wish I got to know Wong a bit more. The important thing, though, is that the movie successfully explores the paradox of how anyone in a megalopolis like Hong Kong could possibly be lonely. What's more, its optimism that even hard cases like He and Wong have a chance to escape loneliness' crushing abyss is as refreshing as a bowl of ice cream...with a candle in it.

My guy (or gal): He Zhiwu, who's a walking, talking "we've all been there" if there ever was one. 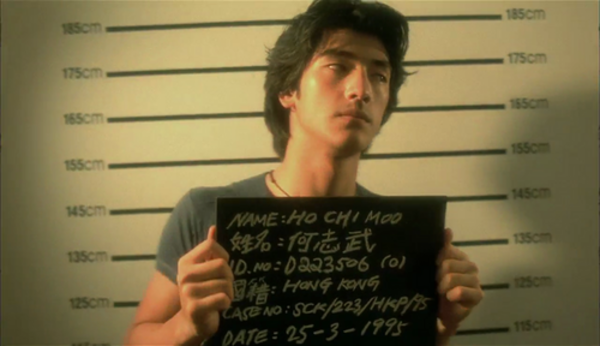