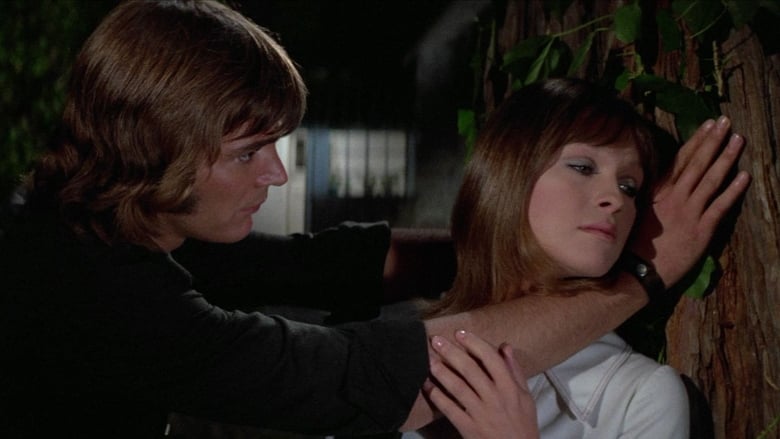 The Corruption of Chris Miller

The Corruption of Chris Miller, 1973

Chris Miller (Marisol) is a young woman coping with a past trauma and living with her stepmother, Ruth (Jean Seberg). Chris's father has left them both, and in order to get revenge, Ruth routinely manipulates Chris to try to wreck her mental health so that her father will return to a daughter who is insane. One day, a young drifter named Barney (Barry Stokes) arrives at the home shared by Chris and Ruth. Forcefully integrating himself into the household as a handyman, his arrival just happens to coincide with a series of grisly murders.

Well chalk this one up as a really pleasant surprise. This isn't a title I feel like I've heard much about (and it has a paltry 700 ratings on IMDb), but I thoroughly enjoyed it from beginning to end.

The movie establishes early on that one manifestation of the trauma Chris experienced is that she sometimes gets . . . . stabby. Very stabby. The character of Barney oozes menace in several ways, and I'm sure we're all very familiar with the old "But who is the real monster?!?!?!" trope. While this film does keep you guessing about who will or won't survive, its effective use of a love triangle of sorts between Ruth, Chris, and Barney, along with making each character a mix of sympathetic and dangerous makes for a very interesting plot progression.

Despite a rather lurid and memorable sequence in which a woman is killed by her one night stand who is dressed as Charlie Chaplin and does a pretty passable Little Tramp impression before stabbing her to death, the heart of the film is the psychosexual dynamic between the central trio, made up of power struggles, dominance, seduction, co-dependence, and pure lust. These dynamics don't exits just between the women and Barney, but also between Ruth and Chris. Despite a lot of overt hostility between the two of them, there is a degree of intimacy and dependence between them that extends beyond cohabitation.

The trappings of the film are those of exploitation, but that's really not the main vibe I got from it. A lot of elements that could have been cheesy are more effective than I would have expected. The trauma that Chris experienced is revealed through a series of increasingly coherent flashbacks, but for the first half of the film we just have to infer the meaning of a dance class and a fear of rain that seems to be tied to something that happened in a shower. The gaze of the film lands almost equally on all three leads, and surprisingly the character of Barney is the one whose body is most on display, both as a way of conveying a threat (as when he intentionally exposes himself to Ruth when she finds him sleeping in their barn) and demonstrating the physical attraction that both women (isolated for so long) feel seeing a handsome young man in their midst.

The best part of the film, though, in my opinion, was the final act. And annoyingly, there are so many plot developments that I don't want to talk about it. But I will say that one of the sequences and the visuals therein were truly excellent. It is a really thrilling and unexpected conclusion. Even a tacked on "moral ending" couldn't quash my enjoyment of the way it all came together.

No complaints about this one, really. Definitely recommended if you haven't seen it yet.