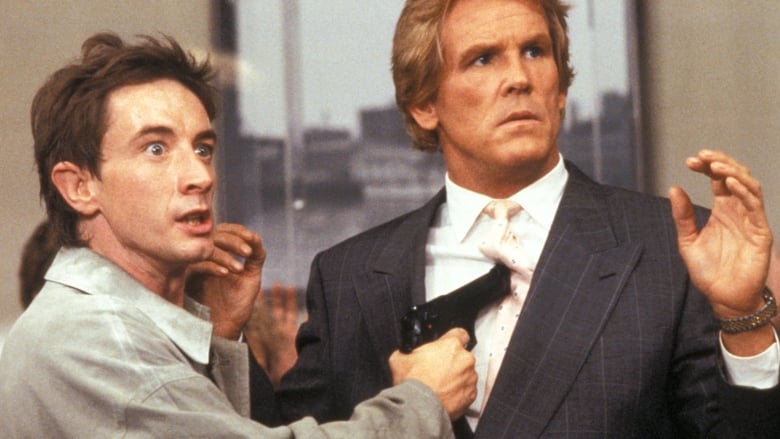 by Gideon58
posted on 5/12/22
in
Three Fugitives
The unlikely teaming of Nick Nolte and Martin Short as a comic duo is a lot more effective than you might imagine in a 1989 action romp called Three Fugitives, from the creative force behind Les Cage aux Folles and its Americanized version The Bird Cage. 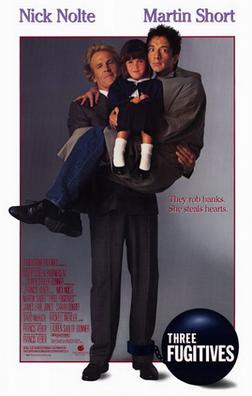 Nolte plays Lucas, a career bank robber who has just been release from prison after years. He walks into a bank to open an account and a desperate wingnut named Ned (Short) burst in with a grenade wanting to rob the bank and his panic when he realizes the police have surrounded the bank, causes him to take Lucas as a hostage, putting the pair on the run, along with Ned's young daughter, Meg, a special needs child who hasn't spoken in two years and is the reason Ned robbed the bank. 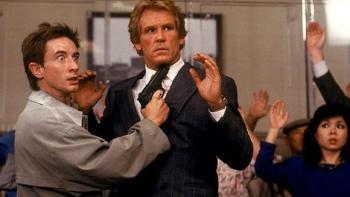 This story might seem a little offbeat for Veber, who directed and wrote the screenplay for this action company, peppered with just enough character study that we get to know and like these three characters at the heart of this tale that we are are more than willing to accept the numerous close calls from which they escape during the first two thirds of the film. One thing I did like about the story structure here is that for the majority of the first two thirds of the film, the title characters spend very little time onscreen together, kept apart by the crazy circumstances of the story, unfortunately, by the film's final third where the characters are brought together, the story starts to run out of gas, but we still want to see them get out of this. 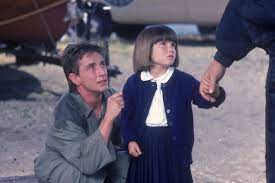 The other thing that really makes this movie work is the performances of Nolte and Short that really leap off the screen. Nolte, in particular, is just dazzling in a beautifully underplayed performance of world-weary cynicism that reminded me of his work 48 HRS and Down and Out in Beverly Hills. Nolte plays the character with a straight face and that's what makes it so funny and a perfect counterpoint to Short's manic, Jerry-Lewis-like shenanigans. Sarah Rowland Doroff, in her only film appearance to date, is all kinds of adorable as little Meg and every moment she shares onscreen with Nolte is gold. James Earl Jones and Alan Ruck are also fun as the cops chasing our heroes as is Kenneth McMillan as a vet who thinks Nolte is a dog. Ruck is very funny in a performance that seems to be channeling Judge Reinhold in Beverly Hills Cop. It doesn't sustain interest through closing credits, but Nolte alone makes it worth a look.
» More about Three Fugitives
» More reviews of Three Fugitives
» More reviews by Gideon58