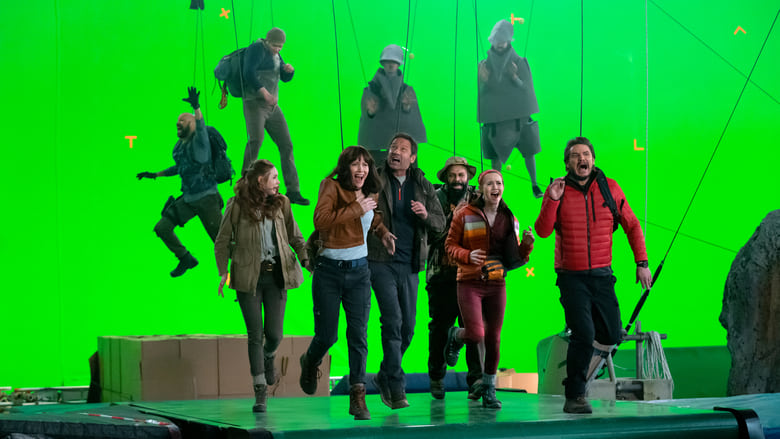 by mattiasflgrtll6
posted on 4/06/22
in
THIS REVIEW CONTAINS SPOILERS THROUGHOUT. (But also, do you really care? Nobody in their right mind should watch this.) 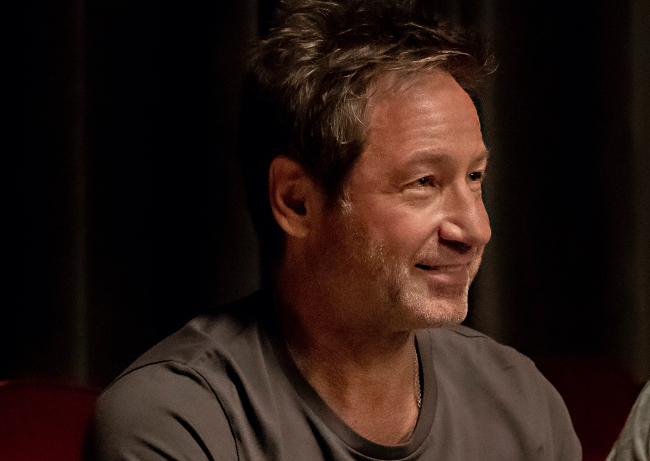 Despite the limitations of a global pandemic, ambitious director Darren Eigen wants to make a new sequel to the Cliffbeasts franchise, something to take people's minds of their troubles. Actors from all walks of life join the project for their own personal reasons, Carol for instance desperately needing a career revival after the flop Jerusalem Rising. But once the production kicks off they start to realize they've made a huge mistake.

It's hard to know where to start with this film. It's a disaster on every single level. I praised Judd Apatow's previous outing The King Of Staten Island for not only its humor, but containing real heart and multifaceted characters.

The Bubble is the polar opposite. Almost every single character is either too one-note to catch your interest or unlikable to the point where you don't care about their journeys. In fact, it doesn't even seem to have an arc for most of them.

Dieter hears that he's a terrible actor, but it's never expanded upon beyond that rant. He's supposedly looking for love, but most of the time he's just on drugs or behaving like a sex addict.
Dustin constantly complains about the script, which is simply treated like a running gag. He also has a dipshit son we don't care about and a wife who's more bipolar than a polar bear. Sean is the only one who genuinely enjoys working on the movie, yet for no reason whatsoever he runs away from the project just everybody else at the end.
And don't get me started on the horribly cringy Tik Tok star Krystal Kris. Why is she there to begin with? Nobody is more than a plot device or one-note stereotype.

The plot is an absolute mess. Every actor is kept hostage on the set for reasons that at best come off flimsy, and it keeps going off in every random direction with no rhyme or reason. You never feel like you're watching a story, it's just a bunch of random stuff that happens, none of it entertaining or compelling in any way. Even the scenes of the fictional Cliffbeasts 6 feel like Saturday Night Live sketches left on the cutting room floor.

But the worst, the absolute worst part of all is the humor. It is genuinely hard to believe this is coming from the same guy who gave us the scene of Steve Carrell waxing his chest, "Know how I know you're gay?" and Jay Baruchel's hilarious traumatized reaction of witnessing a birth. COVID must have made Judd completely forget how to be funny, since nearly every single joke in here reeks.
I can remember one single part that was legitimately funny, and we already saw it in the trailer. Other than that, we get lazy jokes about the virus, people Tik Tok dancing left and right, drup trips that are actually boring and people screaming as loud as they possibly can. This is the pits.

The acting is a mixed bag, though maybe not all of it is their fault given the awful material they had to work with. Even those who've been good in other projects are mostly mediocre or even downright bad. Leslie Mann gives a performance that mistakes being obnoxious and yelly as being funny. Karen Gillan has little else to do but complain about how bad the working conditions are, which makes her performance one-note. I also couldn't care less about her boring fling with the pretentious superfan Zaki.
And I won't fault anyone for loving their daughter, but Iris Apatow makes me cringe every second she's onscreen. She feels like a newcomer making her first awkward baby steps, except she's already had lots of prior experience. The fight scene between her and Galen Hopper near the end was utterly embarrassing.
Keegan-Michael Key and David Duchovny seem to enjoy themselves, but even they can't lift this up to watchable levels. One of the few chuckles I got was simply because of how the line was delivered, not the line itself. This is a huge lowpoint for both involved, and I sincerely hope their talents get utilized better in the future.

Even the music sucks! Every part of the soundtrack is too over-the-top and largely consists of bloated pop songs that you'd shoot at the radio if you heard them come on. Plus what the hell is up with all the Tik Tok sequences? They give such a gross sense of cheapness, especially when the aspect ratio gets cropped to make it look like a legitimate Tik Tok video. Social media doesn't automatically equal funny, you have to put some actual thought into incorporating it or else you make a total ass of yourself.

And lastly, despite the thin plot and lack of tension or stakes, this thing still runs at over 2 hours. This movie is tiring after 30 minutes, so imagine having continue sitting through it after that point. The pain is so bad I'm just waiting for Leatherface to burst into my living room and put me out of my misery.

Don't waste your time on this phoned-in trash, not even for free.