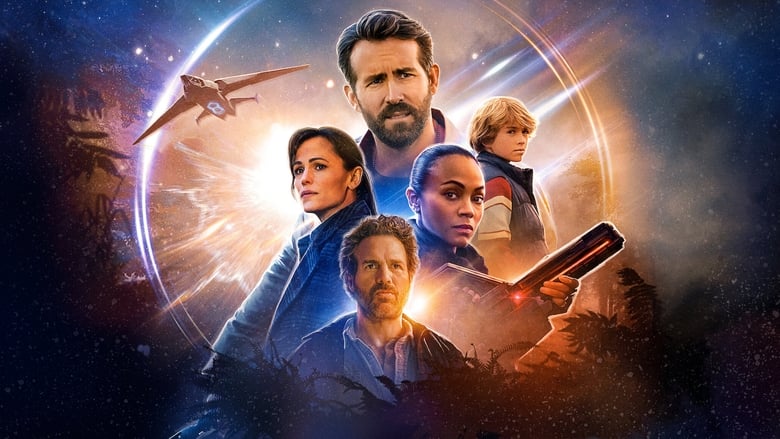 THE ADAM PROJECT (2022)
The Synopsis:
A time-travelling fighter pilot from the future, Adam Reed (Ryan Reynolds) crash-lands in the year 2022 where he seeks out his 12-year-old self (Walker Scobell) to team up in a bid to save the future.

Time-travel Done Meh :
A movie with Ryan Reynolds inevitably playing himself alongside a decently appealing cast of supporting actors, The Adam Project fails to be anything of a standout when it comes to time-travel flicks. Granted, when you start dabbling with time and the like, plot holes are almost a certainty and rules regarding timeline changes and implication on altered futures pretty much go out the window.

The Adam Project appears to want to be an action/comedy whilst also dealing with the sci-fi/drama of a rather shallow world that would have been far better realized if it had explored the future our lead character came from and the buildup to the world-threatening events that forced him back into the past. Instead, audiences get the retrodden tale it ventures to tell with the script it follows with moments of fun and engagement and pretty much nothing else.

The Director & The Writers:
Directed by Shawn Levy (who also worked with Reynolds on Free Guy), The Adam Project suffers from some pretty lengthy period of uneventfulness which tend to weigh the film down significantly. The middle portion of this film had me checking my watch wishing I could time-travel to the next moment of the film that had something engaging to offer. It's hard to pinpoint whether this issue rests with Levy or the writing team (Jonathan Tropper, T.S. Nowlin, Jennifer Flackett), though - if I were a betting man - I'd been inclined to say both.

There are moments in this film that work well. There are scenes that have emotional weight and some (admittedly rare) moments of comedy that work well to lighten the rather bland vibe the film oftentimes exudes, but for the most part, there's very little to sing and dance about.

With this being said, the action scenes are shot remarkably well and hold a lot of impact. You can feel the punches and the manner in which they are choreographed is seemingly rather impressive (particularly for a Netflix property). Some of the gadgets and tech are pretty cool too and their inclusion doesn't go unnoticed; giving the film a small amount of charm where it sorely needs it. The CGI is good for something that's been pumped out by a streaming service as well and there are very few moments where computer generated images are noticeable, so, props where they're earned.

The Casting:
I actually like Ryan Reynolds. I think he's charismatic, charming and fun and handsome as all hell.

But that's just it.

And that's who we get in this film.

I can't tell if the guy's over the whole acting thing or his acting range recently is just playing a heightened version of himself in everything, or perhaps the more likely circumstance, the director's he's been working with think Ryan Reynolds as Ryan Reynolds will sell their film just fine enough; so why fix what ain't broken?

They're kind of right I suppose if that's the mentality their going for.

Reynolds does fine as Adam from the future. He's cool, quick-witted and very Ryan Reynoldsy. Walker Scobell does well as a young Adam, and while I haven't seen him in much else, I do hope to see him in more in the future. He's a good child actor (which seem hard to come by if Hollywood's employment of some of the worst kid actors has shown us anything). Jennifer Garner as Ellie Reed does plays her role well enough and we can empathize with her and her dilemmas and emotional struggles. Mark Ruffalo as Louis Reed, Adam's father, is fine whilst on screen, although, his screen time is limited. Same goes for Zoe Saldana as Laura. She pops up, kicks some ass and is pretty much gone within the next breath - so if you're going into this one to see a lot of her - think again.

Special mention to Catherine Keener who plays our predictable and (to be blunt) rather stupid villain, Maya Sorian. With what she has to work with in the script, she does a decent job of playing the part of a villainous stereotype with little substance and very little to do beyond being an antagonist to our heroes.

Final Thoughts & Verdict:
The Adam Project's a film that we've seen before and we've seen done much better. It has a pretty decent cast of talented actors who do their bit with the script they're given and one-liner their way to through the mostly dull runtime. With a few impressively filmed and choreographed fight scenes littered through and a scarce few moments of emotion and comedy that work, The Adam Project is a watch-while-doing-something-more-important kind of film.

I give The Adam Project: