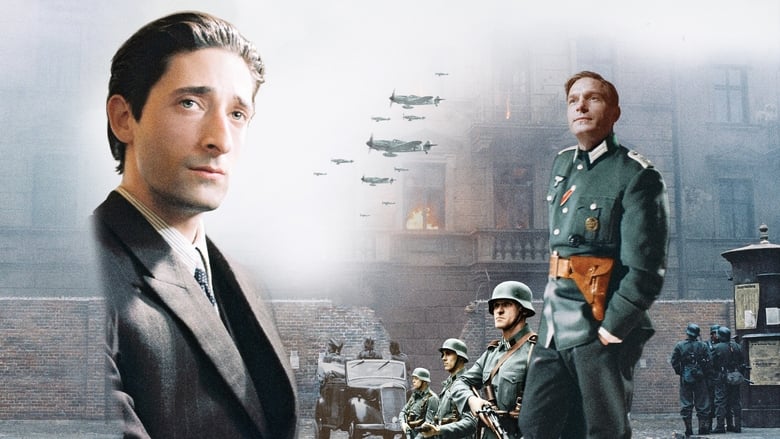 The movie tells the true story of Warsaw pianist, Władysław Szpilman during holocaust.

Obviously he is jewish. So its a story of tragedy and despair. It is also story of human spirit. Its directed by roman Polanski who obviously has a personal connection to holocaust. Cinematically speaking, this movie is so out of left field for Polanski. This is a director interested in subverting genres and making paranoid and supernatural thrillers. For context, his movie before this was ninth gate. Which is so in the wheel house of his signature style.
So this movie felt kind of odd and exposes a big problem with many directors who don't have a strong enough style to cross genre's while maintaining their style. This movie is very well made. But it also could have been directed any good director. Polanski specifically didn't make it unique.

The thing you notice in this movie, that is so great is the lack of heroism. If you dont have any personal connection to holocaust, this movie could very well feel like a man on the run, cat and mouse chase type genre movies. Albeit the mouse in this story is too big to notice that mouse has run away immediately, but it is far more dangerous than a cat is to a regular mouse. You see gradual escalation of hatred and dehumanization of jews in Warsaw. The movie has several shots reminiscent of Schindlers list but it is far more personal story that connects universally.You see Jews in Warsaw in all their character flaws and unpleasant personalities but also the movie asks you to care about them just as humans with all their complexities against hatred. That's the key thing right ? if you live long enough you know that no one is 100% good. But this movie does a far better job than Schindlers list in showing how just because a person is not 100% innocent and good doesn't mean he deserve to die at the hands of Nazis.

Adrien Brody is a perfect fit for the Role. He’s not that handsome looking and he naturally looks frail. So we know that he is useless to participate in any kind of rebellion. He is just an innocent artist that happened to live in Warsaw during the holocaust. Coming to think of it that could be one of the reasons why Adrien Brody won the Oscar that year . More on that later. Food, lack of food, hunger, starvation and basic human needs are a very big part of the movie. We see that the biggest challenge for Adrien Brody‘s character is to find food to eat to survive.

Let’s get back to the story. Once Szpilman's family is moved to the Ghetto, people still had hope. People still thought that the West would help them win the war against Germany and people thought that ghetto was not that bad. What this shows is that no one expected things to get that bad for Jews during the early stages of holocaust, not even Jews.

The main turning point for Adrien Brody‘s character happens when a Jewish prison guard who happens to be a friend of him separates Adrien Brody‘s characters from the rest of his family before they were put in trains to concentration camps. So his friend was doing him a favor by sending him back to the abandoned Warsaw. We do know at this point that that city cannot be his final home and he cannot just wait out the war by staying in the ruins of Warsaw because obviously Germans will have some sort of citywide destruction plan that will completely obliterate the rest of the city. From then on it’s on Adrien Brody‘s character to survive. With the help of his former boss he gets a job in construction and spend some time officially in the ghetto as a useful worker. The thing that I liked the most about Szpilman is, even though he cannot physically defend himself and he’s obviously not a rebel he does want to get out of the ghetto and live like a free man and the surprising thing the movie does and obviously the movie can hide behind the blanket of being based on a true story is that it implies that Szpilman survived only because to the kindness of Germans that he knew before the war broke out. As I said earlier, without a personal connection to holocaust, Szpilman's survival on the German side of the ghetto wall feels more like a thriller than a tragedy. Even when he was part of construction crew, they were treated as dogs by germans. Randomly killing some workers just because they could as they dont need all of them for work.

Towards the last part of the movie Szpilman is just staying in the abandoned buildings of Warsaw and moving from one to another just to stay hidden from germans. It feels like he got lucky by being at the right location in the right time. So he was luckily able to evade germans and sleep in these empty building all by himself. But that's only on hind sight. In actuality it just shows him being a survivor in all its facets. He frankly doesn't even have time to mourn his family because he is so in the thick of trying to survive the entire period. By the end due to a selfish act of a German officer who sees the Russians closing in, Szpilman is spared of his life and comes out on the other side of the war alive.

Now getting back to the oscars. Yes, Polanski direction here is efficient but lacking his signature style. But nonetheless you can't accuse this movie of being boring. It is not. It is engaging by doing less than Schindler's list. That movie had to have this subplot of the factory and the parallel's between good and bad germans to make it engaging. But this is just about surviving. Now the final topic is the Adrien Brody of it all. He is a guy that was just supposed to be a character actor. Nothing more. Even if made this movie and won the Oscar 15 yrs down the line in his career. He would just have been a character actor that was right fit for the role and won the Oscar. He would just go back to being character actor, like say Gary Oldman or Olivia Colman. But what tripped Hollywood executives/producers is that he won this award just in his prime aka early 30s or late 20s. So they were confused if he could be turned into a movie star material or its just a character actor winning Oscar prematurely. Hollywood thought the former and tried to make him a star. It didn't work.

Hollywood has a weird balance. There are some optimists but mostly cynical decisions are the right ones. One look at Adrien Brody and his energy will tell you he is no matinee idol. He has likability but that's out of pity than being a charming leader. He was not a box office draw, so top directors won't touch him. He had to build box office Cred before being considered by those directors but he made a crucial mistake and leaned more into awards bait roles. Not movies mind you but roles. He worked with directors with potential and roles with potential but not proven track record. Ultimately that led to one of the worst post Oscar win careers on par with Cuba gooding jr. He pops up now and then in Wes Anderson movies or Adam McKay tv shows. But his career should have been so much better than that after being the youngest male Oscar winner ever.
» More about The Pianist
» More reviews of The Pianist
» More reviews by aronisred