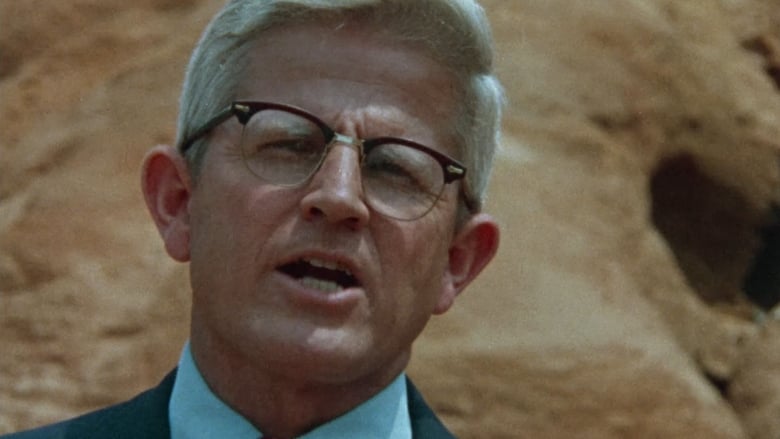 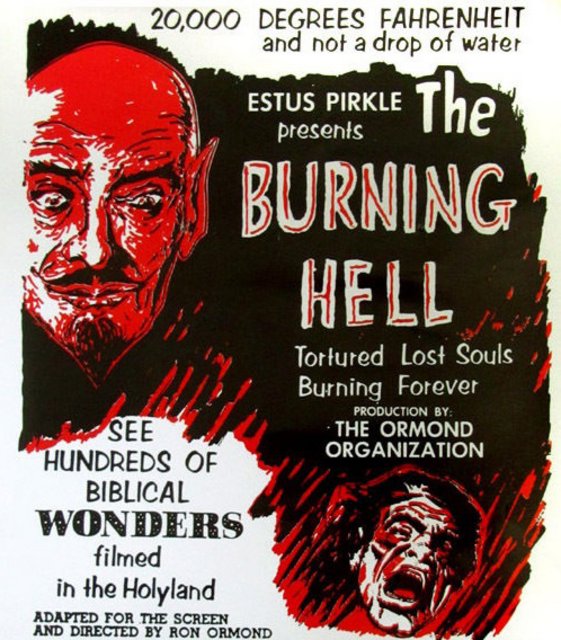 '
Christian propaganda designed to frighten non-believers into the arms of the church. It is an astonishingly unimaginative depiction of Hell, with its willy-nilly pockets of fire and people moping around in tattered clothes and covered in greasepaint. But this lack of imagination is where the queasiness kind of lies watching this. If the production was more baroque, filled with clever cinematic tricks to make the very particles of a Hell Experience as visceral as possible, we might find ourselves frightened by such a prospect of eternal damnation. Pascal's Wager and what not.

But this most banal of religious fear-mongering reflexes exposes something particularly ugly about this films worldview. What is much more clearly defined than how many circles of hell there really are, is the delight with which the suffering of non-believers is depicted. We are meant to nod in approval at the biker who ends up eternally damned and burning for all time because of his sassing back of a pastor. His ignoring of road regulations. There is no empathy here whatsoever. Simple self preservation and self satisfaction are the films core. And its message is mostly that by adopting Christianity, we aren't so much going to dodge just the Devil's punishment of our Flesh, but more importantly, that we can avoid the chorus of 'I told you so's' that living will mumble to themselves when they realize our souls are lost forever. And so high fives all around! As a result, this is not a depiction of religion as a communal experience. This is religion as a token to judge others. To separate us. Religion as spiritual isolation.

As should be expected with such a project, it's all pretty disgusting. But also vaguely interesting as The Burning Hell is a window into depravity. But not the kind you need to dig into the centre of the earth to find. It's the kind that proudly tsk tsks your life choices. Your sleeping in on Sunday morning. All the tiny transgressions your neighbours might be salivating over in the hopes it will bring you damnation.


In short, its the best kind of depravity for cinematic depiction. Even though it doesn't necessarily translate into much of a movie.