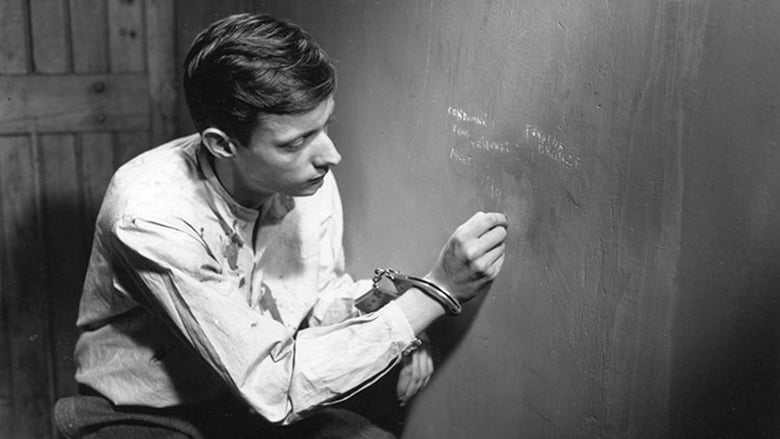 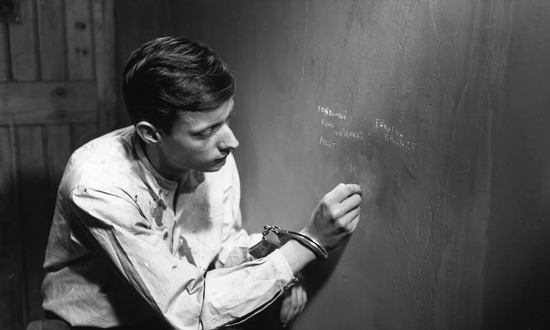 "A captured French Resistance fighter during WWII engineers a daunting escape from a Nazi prison in France."

I liked A Man Escaped OK, but to be honest I found it a bit stoic and lacking in emotion. Or maybe I was just too tired and maybe the poor video quality affected my enjoyment of it. I should really see this again and with a nice sharp copy. I can say that I was never bored and it did seem well made, but it was sure plodding. I'm guessing that slowness was deliberate as to impart a feeling of time nearly standing still. Well it worked I guess.

As I was watching it I asked myself if I felt anything or any emotion...and the answer was no. I didn't feel or care for the man in prison. I didn't really care if he managed to escape or not. And I think the reason I didn't have any visceral reaction was that the prison and the Nazi's didn't have that omnipresent & oppressive feeling about them. That's because of the way it was shot, with mostly close ups and mid range shots. We never see that many establishing shots or wide shots that would make this prison seem real at least in my mind. To me it felt like a tiny studio set, hence I didn't feel any desperation from the story and you know a prison break from the Nazi's should be all about desperation!

I also couldn't help compare this to the excellent French prison film Le Trou (1960) which also was about a prison break, but was much more dynamic.