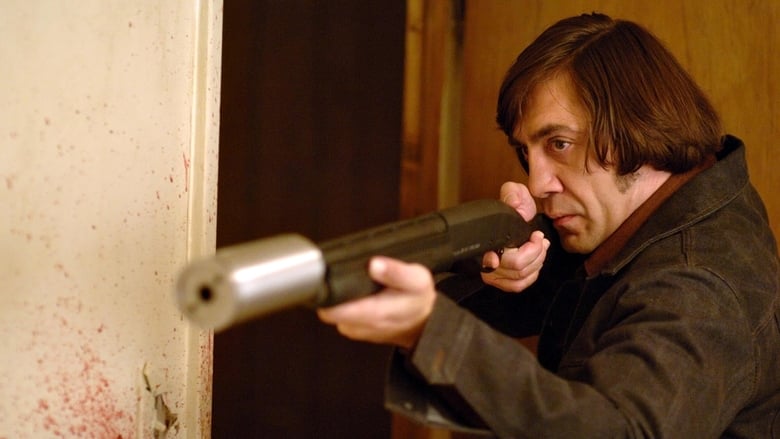 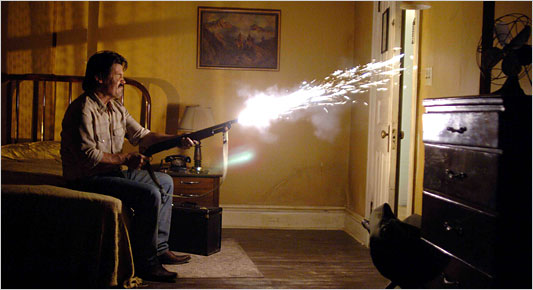 This is a terrific film, but the Coens just love to throw curves towards the end at the audience. They did it in Barton Fink and The Man Who Wasn't There, and I believe they do it here too. This flick grabs you from the beginning and is so unusual and suspenseful that it slowly wraps its fingers around your throat and tightens. The scene where the dog chases Llewelyn in the river almost had me giddy; I couldn't believe I was watching something that I should have seen long ago. The shootout in the deserted smalltown streets between Llewelyn and Anton was even better. I never once cared that nobody reared their head. There are several other classic suspense scenes in the film, especially involving cheap motels and a botched drug transaction. Tommy Lee Jones' Sheriff is a terrific character, but somehow, the three strong characters seem to be hung out to dry during the last 20 minutes.

NOTE - This was all resolved by me almost immediately, but I include it here anyway.

These unanswered questions are what I find lessens the impact of the film. My fave character is Llewelyn. We never see what happens to him. We can imply it, but I don't think it's fair that such a cool character "just disappears". What happened to the money? Where did Anton's character go when the Sheriff was outside the motel crime scene? We saw him. We saw the opened vent, but that was too small for him to get away through. Is Anton actually a "part-time ghost" as the Sheriff hypothesizes? Who is the family member in the wheelchair that the Sheriff talks to? (Again, I can imply who it is, and if you read the story, maybe you know, but that's not fair. Movies aren't novels and they often change things.) Does Anton kill Llewelyn's wife? The Carson Wells character implies that Anton lives by a code (even if it's a psychotic's code). Did Anton spare the wife and violate his own code, thus causing the "accident" at the end of the film? Was that crackup at the end even an "accident"? What happens to Anton? How do the Sheriff's two dreams tie the entire story together?
» More about No Country for Old Men
» More reviews of No Country for Old Men
» More reviews by mark f