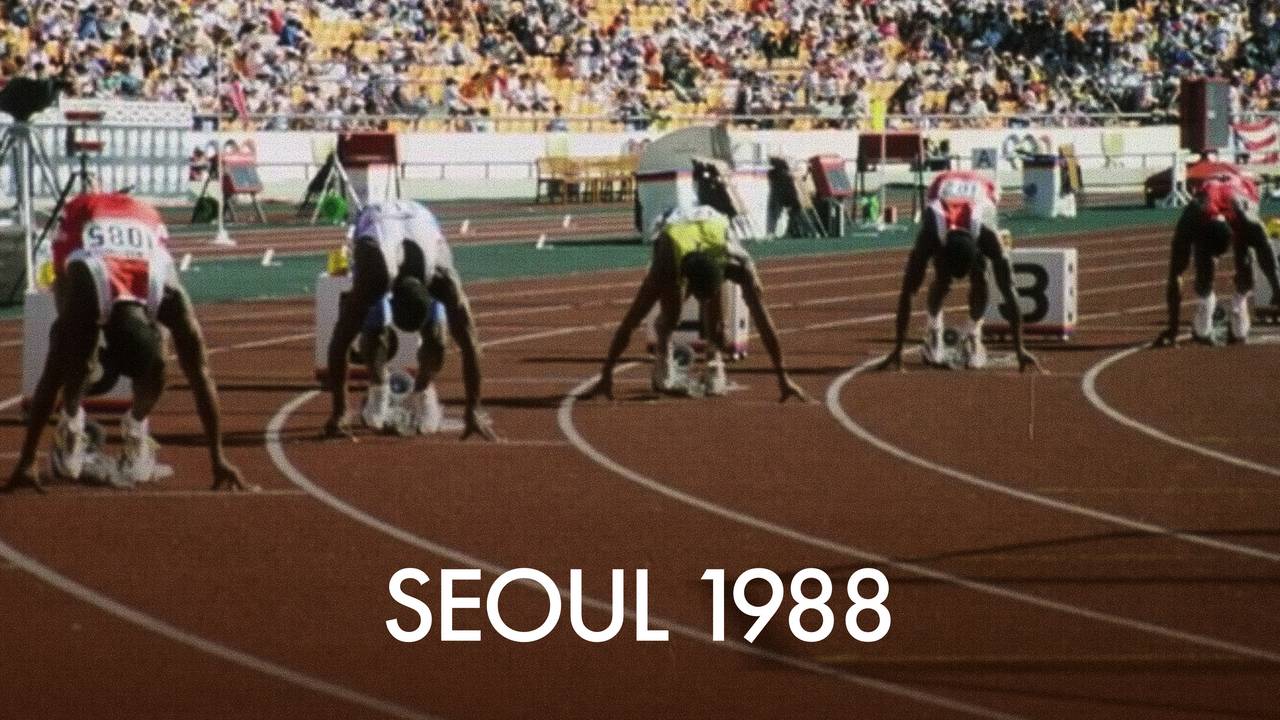 This documentary traces the action of the 1988 Olympic games in Seoul.

No, you aren't imagining things. This is the third feature-length documentary I've watched on the Seoul 1988 Olympic games in as many days.

Interestingly, this one landed somewhere between Beyond All Barriers and Hand in Hand for me.

On one hand, the film gives a more even-handed account of the games than the more positively spun Beyond All Barriers. It's a longer film, and it has more time to show events, past just a handful of highlights. It's also a bit more thorough in this respect than Hand in Hand.

On the downside, however, much of the intimacy and immediacy of Hand in Hand is missing here. The film traces the emotional ups and downs of the athletes but from a more removed point of view. The narrator expresses almost no emotion, and she announces an athlete's world-record setting run in the same tone that she uses to talk about athletes being disqualified for doping.

On the whole, this is a good overview of the games. It's reserve is not surprising considering its status as the "official" documentary of the games.