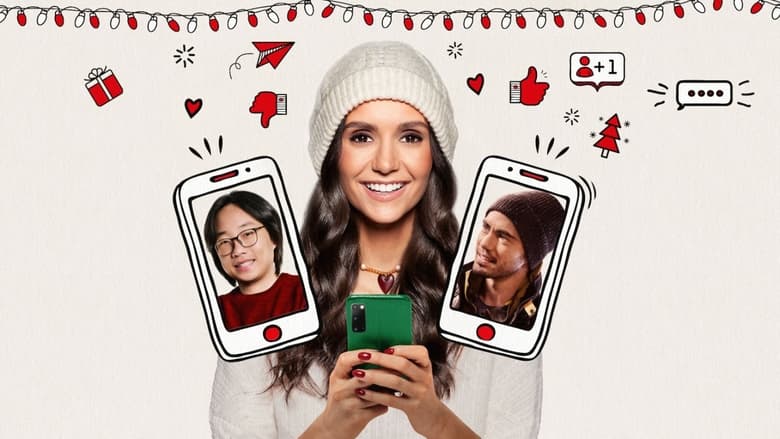 by Gideon58
posted on 11/13/21
in
Love Hard
Despite a somewhat formulaic screenplay, Netflix has brought us a relatively entertaining romantic comedy called Love Hard, which looks at navigating love's choppy waters through social media. It's about as predictable as they come, but the characters are so likable that we want to stick it out and make sure it comes out the way it's supposed to. 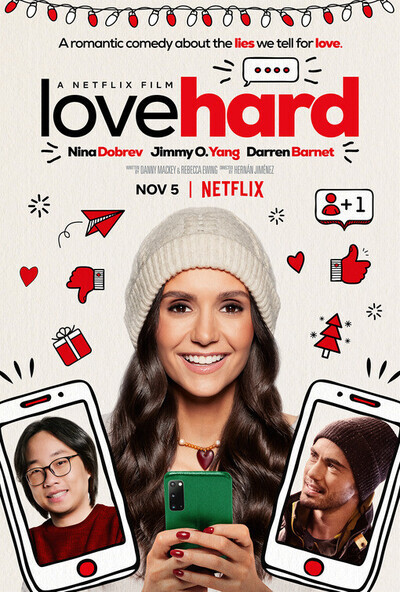 This 2021 comedy is centered around Natalie Bauer, a romantically-challenged writer whose disastrous love life has become her bread and butter. Through a dating app, Natalie begins an online romance with a guy named Josh, who lives in Lake Placid, NY. Natalie is so convinced that Josh might be "the one", that she impulsively decides to fly to Lake Placid to meet Josh. Upon her arrival, Natalie learns that she has been catfished as Josh has been sending her pictures of his BFF Tag. Josh feels so guilty that he agrees to get Natalie together with Tag if Natalie will pretend to be his girlfriend for Christmas with his family and stage a breakup after Christmas so she can be with Tag. 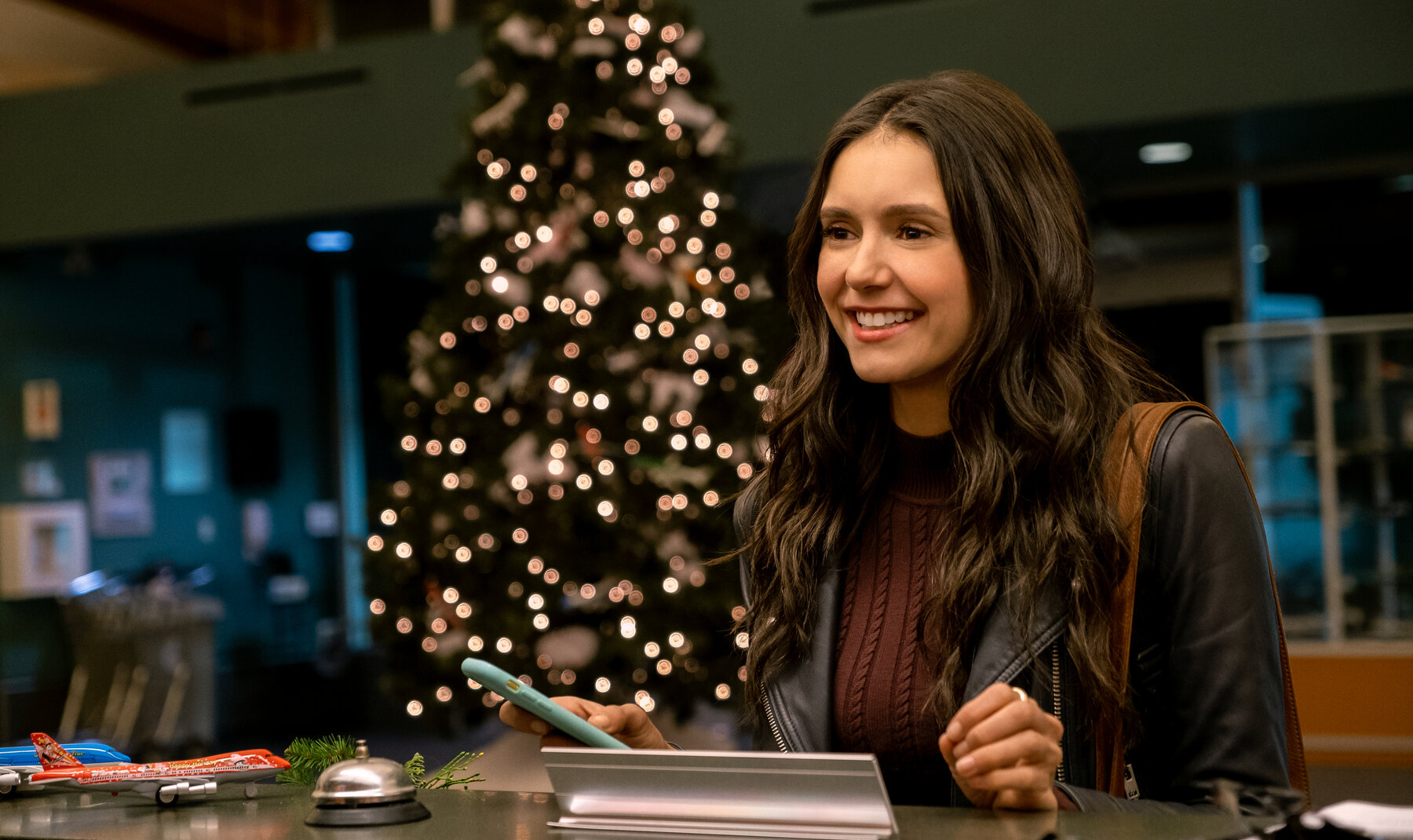 The screenplay by Daniel Mackey and Rebecca Ewing is rampantly predictable but does have a certain charm to it, thanks to some very likable characters at the center of the story and we want to see everyone get what they want. But once Natalie meets Tag and Josh's older brother, Owen, we realize there is a light at the end of the cinematic tunnel.

The opening scenes establishing Natalie's love life up to this point are overly cute, but once Natalie gets to Lake Placid, the story definitely perks up. Loved Josh and Natalie's take on "Baby, it's Cold Outside" and the scene at the nursing home where Josh and Natalie have been brought to offer advice about online dating. 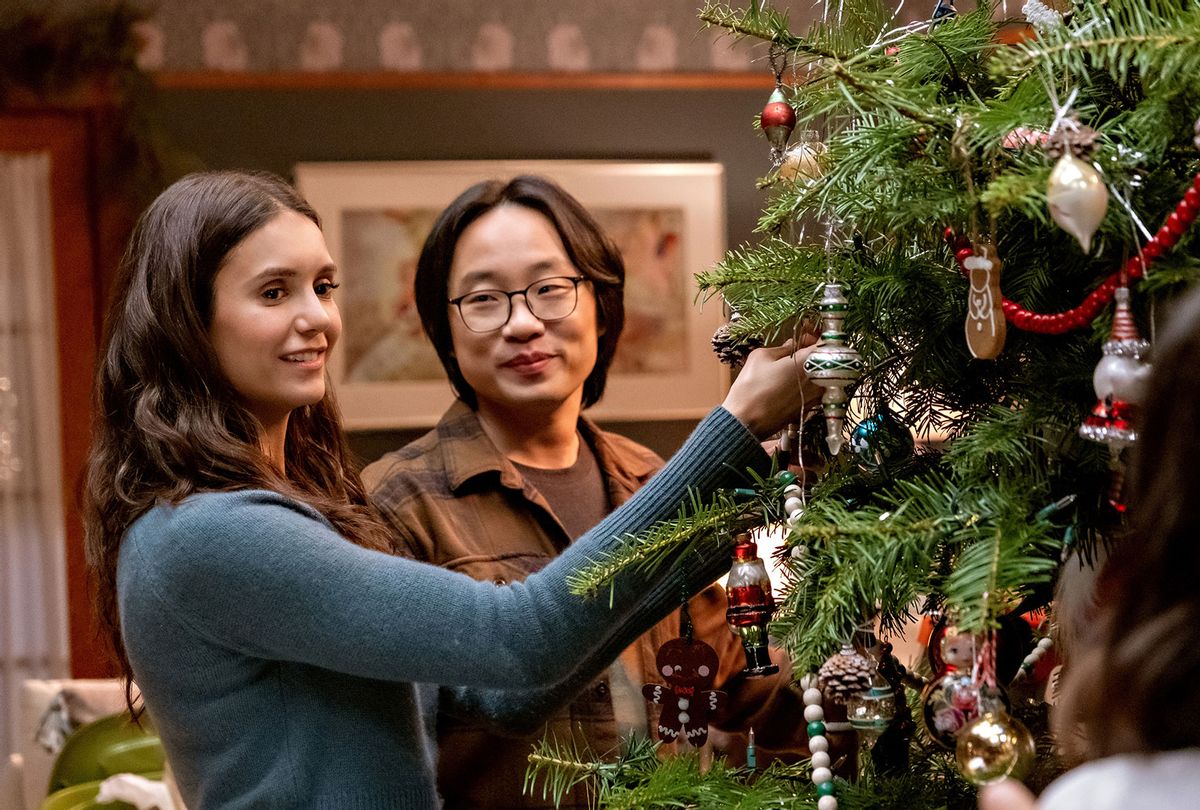 Director Hernan Jiminez shows some skill behind the camera and works wonders with a "B" movie cast. Nina Dobrev, an actress known primarily for her work in television, works very hard to make us fall in love with Natalie and she succeeds for the most part. Jimmy O. Lang does a real movie star turn as Josh though, as does Harry Shum Jr as his brother Owen and James Saito as Josh's dad. It's not exactly When Harry Met Sally, but there is some fun to be had here. And I LOVED the terribly predictable climax.
» More about Love Hard
» More reviews of Love Hard
» More reviews by Gideon58