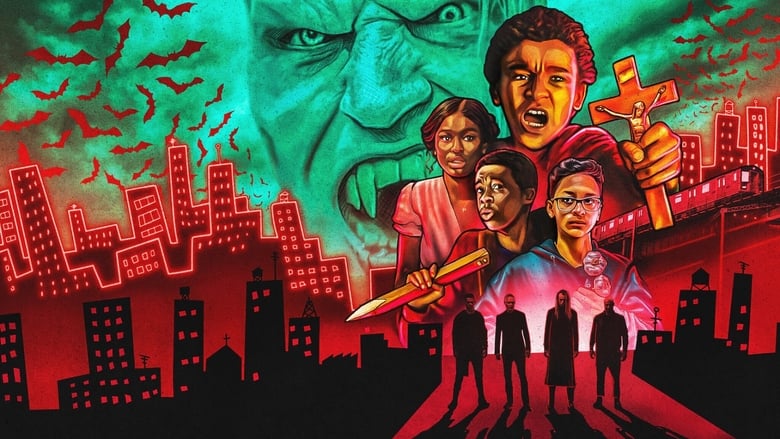 Vampires vs. the Bronx

"Leave the Bronx!" Sorry, wrong movie. Still, it's what the bloodsucking villains want its residents to do in this amusing Netflix horror comedy. Not far off from being In the Heights with vampires instead of songs, it's bound to satisfy your "kids on bikes" craving until the next season of Stranger Things arrives.

My favorite kid on a bike is Gregory Diaz IV's Luis, who also happens to be in In the Heights and not just because he's also a heavy metal-loving bookworm. Reliable character actress Sarah Gadon is another welcome presence as Vivian, the kind of newcomer to the borough who gives natives anxiety, and speaking of Bronx natives, it's also nice to see Mero of Desus and Mero in a small role as a bodega manager. If you're guessing vampirism is a metaphor for something, you're right. The movie's none too obvious about it being gentrification, and that it makes a point of showing that the vampires turn the mom-and-pop businesses they empty into soulless, corporate coffee shops, pan-Asian restaurants, etc. is a nice touch.

Despite this commentary, the strong performances, some decent scares, and its respectful treatment of the vampire mythos, I found the movie to just be pretty good overall. It has the same issues I have with the typical Netflix movie in that it's simply content to be safe and good, but not too good, all the while attempting to whet the viewer's appetite for additional content. I also found its portrayal of local gang members to be so stereotypical that I felt embarrassed for the actors who played them. I still think it's a good choice for vampire story lovers and/or ones who aren't horror aficionados, but whose friends or partner are. Those whose hometowns are also gradually experiencing unwanted identity changes are even more likely to enjoy it.
» More about Vampires vs. the Bronx
» More reviews of Vampires vs. the Bronx
» More reviews by Torgo