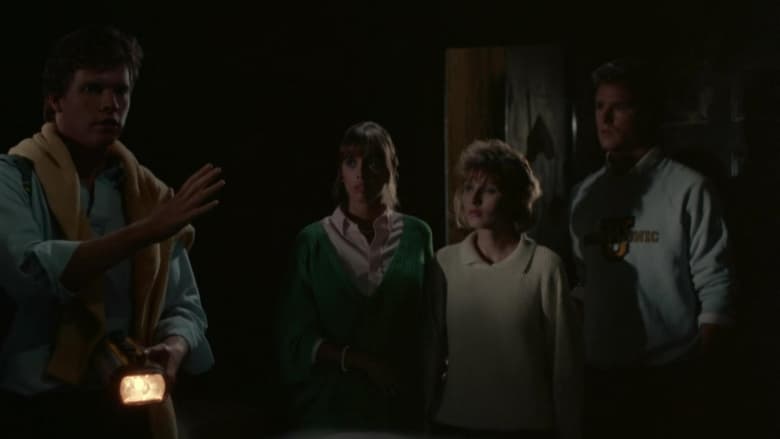 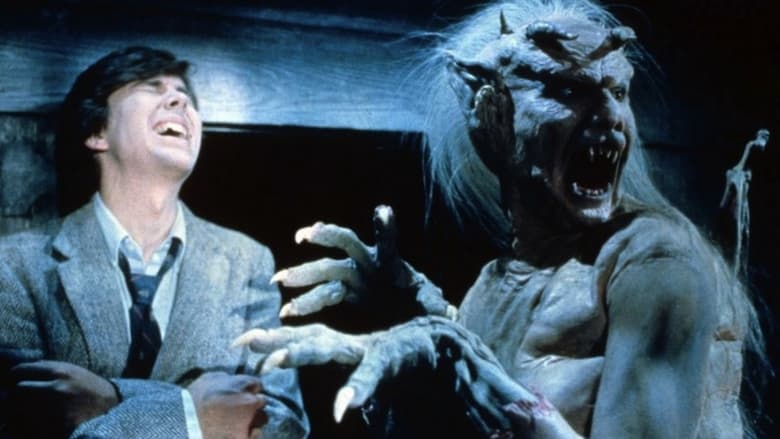 Pompous college trio Randolph (Mark Kinsey Stephenson), Howard (Charles Klausmeyer), and Joel (Mark Parra) discuss the legend of a supposedly cursed house, inhabited by a mysterious creature known as The Unnamable. Joel decides to go explore the house, but does not return. On the same night that Randolph and Howard decide to go investigate, Wendy (Laura Albert) and Tanya (Alexandra Durrell) are taken to the house by a pair of bros, John (Blane Wheatley) and Bruce (Eben Ham) who are hoping to romance the ladies with ghost stories and a spooky atmosphere. The Unnamable (Katrin Alexandre) is not pleased with their intrusion.

It's always fun to watch something recommended by a friend, because your default mindset becomes trying to see what they like about it and it puts you in a more receptive, positive frame of mind.

I did enjoy this film, which is adapted from an HP Lovecraft short story of the same name. The film is decidedly low-budget, but for the most part it manages to be very charming.

Call it the Jaws effect, but one of the best things about the film is the time that it takes building suspense and atmosphere in the house. It is fully halfway into the film before things really begin to go down in earnest. But wisely, the house is made as much of a character as the monster. One of the girls remarks, as they walk around, "Huh. It's bigger on the inside." Not just a collection of spooky hallways and decrepit bedrooms, the house seems to shift and work with the monster. Doors lock themselves or swing open. A character walking with a group suddenly turns a corner to find herself alone. Meanwhile, an ominous blood filled bowl sits in a corner, unnoticed by the characters.

The characters are, for the most part, pretty fun. I got a kick out of the two women and the two college guys walking through the house with the women quickly shooting down any stupid ideas--like wandering into the basement of splitting up in the house. Randolph is the very model of someone quirky and self-involved, approaching the situation with a comedic scientific detachment. When Howard runs to him in a panic, having found their friend dead, Randolph responds with a scholarly, "Yes, that makes sense" and goes back to reading his newly discovered text.

I also liked the character of the monster. In both visual and sound design, she really does look like some unfortunate mix of a woman and a demon. The screams, especially, sound a lot like a woman in pain. For the most part, the sense of the monster is something feral and not necessarily evil, if that makes sense. I'm not sure if that was the intent, but for me it made the monster more interesting and tragic. Trapped between humanity and evil, she really doesn't belong anywhere.

The only thing I had mixed feelings about was the treatment of the character of Wendy. Early on, we see Howard follow Wendy out from the library, where she asks him to stop following her. She is polite but firm about it. Later, though, Howard and Tanya basically lay into Wendy. Howard speculates that Tanya doesn't like him because she's secretly afraid of men. Um, wut? Tanya asks what it is that men see in Wendy, and grouses about Wendy getting attention because of her body. This is a gross way to talk about anyone, much less someone who is your friend. When Howard shows up at the house, Wendy is clearly afraid of him, believing that he is stalking her. But this is portrayed as her being stupid. It just didn't sit quite right with me. If we were meant to root against Wendy, then she should have been more unlikable. As it was, her great crime was not wanting to date one of the main male characters and having a nice body? Question: did the dude who wrote this script have an ex-wife called Wendy? Just curious.

The treatment of Wendy aside, the character interactions are fun. The explanation of the origin of the monster and the ultimate resolution of the whole situation is absurd but in a great way. I can't even bring myself to type out how the situation ultimately resolves, and I kind of get the giggles thinking about it. (I mean, there's also a dose of tragedy to it, but mostly giggles).

A fun romp, and not a film I'd even heard of before it was mentioned by Wooley. Good recommendation, and definitely a great October flick!