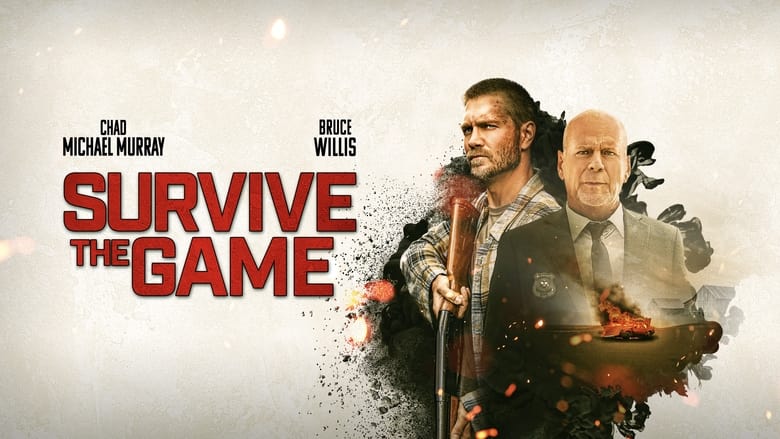 by Gideon58
posted on 10/09/21
in
Survive the Game
Despite the presence of Bruce Willis in aa pivotal role, 2021's Survive the Game is a convoluted and over the top crime thriller that features overripe direction and performances, not to mention screenplay with several plot holes you can drive a truck through. This was basically 97 minutes of my life I'll never get back.

As this hot mess of a movie opens, we witness a gun duel between a pair of cops and a pair of criminal lowlifes, who turn out to be part of an elaborate drug cartel, where they are pretty low on the food chain. Somehow this fight leads the two cops and the two drug dealers to a remote farmhouse, occupied by a young farmer who has just lost his wife and child in a car accident 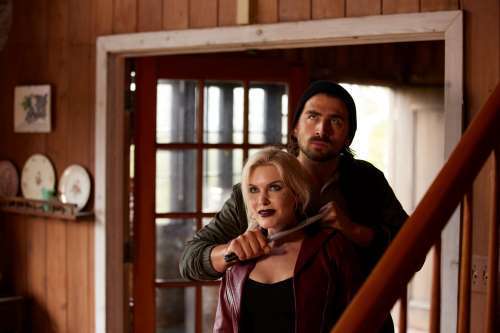 It was really hard sustaining interest in this film because we are given precious little information about these four people who begin the film and then bring a seemingly innocent bystander into their conflict. Ross Peacock's juvenile screenplay consists of enough cliched dialogue to fill a 1950's crime drama. Peacock's journey revealed that this was his first full-length feature screenplay and it's easy to see why as the film progresses. Ten minutes of screentime are devoted to how the farmer's wife and kid died and about thirty minutes later, another ten minutes of screentime are devoted to him explaining what happened to another character. It becomes apparent pretty quickly that if this cartel is in trouble, it's because most of their employees are blithering idiots. I can't remember the last movie I saw so rich with a bunch of bad guys doing stupid and unbelievable things. When we finally meet the big boss 16 minutes before the end of the film, he turns out to be about 20 years old and wearing too much eyeline...seriously?

As for Willis, his role in the film becomes more and more thankless as the story progresses and we have to wonder why he would even get involved with this mess. I'm guessing he really NEEDED the money. Production values are definitely on the cheap. There are several overhead shots of the farm that are clearly miniatures and most of the fight scenes are so poor lit, you can't see what's going on. But this is what happens when you have true amateurs behind the camera.
» More about Survive the Game
» More reviews of Survive the Game
» More reviews by Gideon58