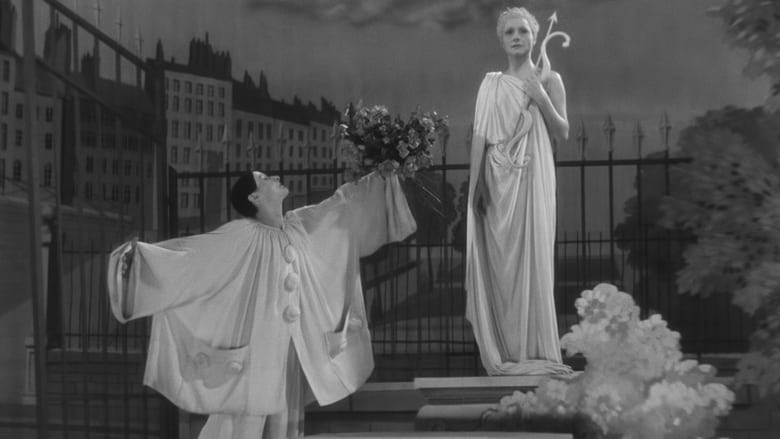 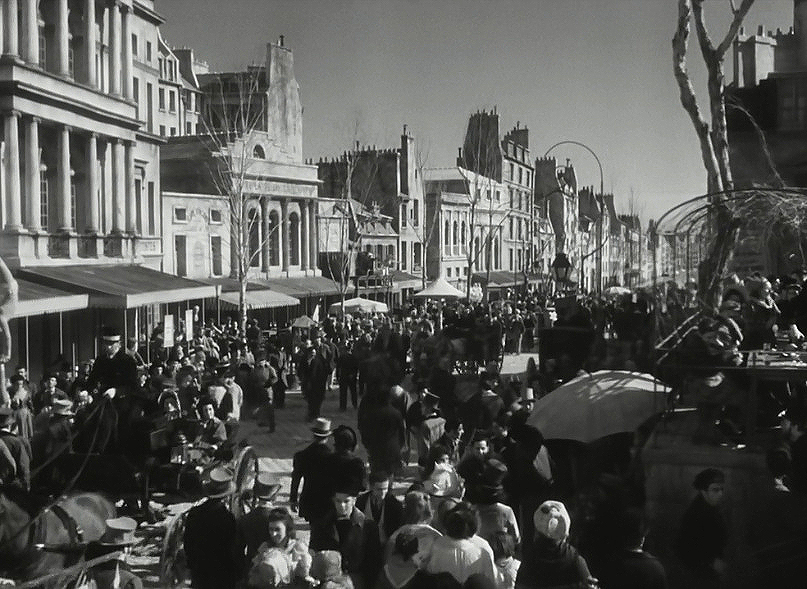 
"The theatrical life of a beautiful courtesan and the four men who love her, in 1830s Paris."

Good choice...at first I thought I wouldn't like this as it starts out with the courtesan in a shop with the 'dandy' thief...I didn't know what they were talking about and I feared the rest of the film would be just as confusing. To make things worse the copy I watched had the subs cut off on the bottom third. I could read them but it took my effort and made it harder to concentrate...but not the film's fault. 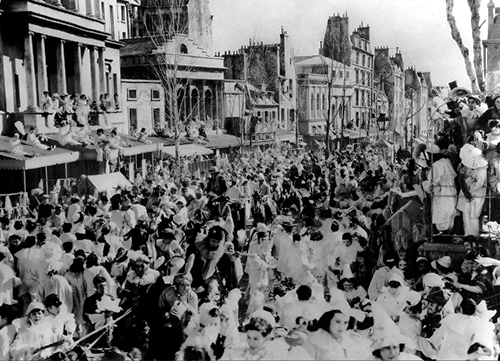 As it turned out I did really enjoy this and I respected the director's colossal view of Paris street life. Another director might have got a few dozen extras to be in the opening street fair scene. But Marcel Carné not only packs the scene with people from front to back as far as the eye can see, he even has action taking place up on the balconies, like the can-can dancers. Through out the film I was amazed at how the camera moved fluidly with tracking and dolly shots. Modern films could learn a thing or two about staging from this movie.

I thought the actors were all well cast and fit the personas of their characters. For such a long movie, I never got bored in fact after the first 10 minutes which were bumpy, I was fully into the film and waiting to see what would happen next to the lovely courtesan and her four suitors.