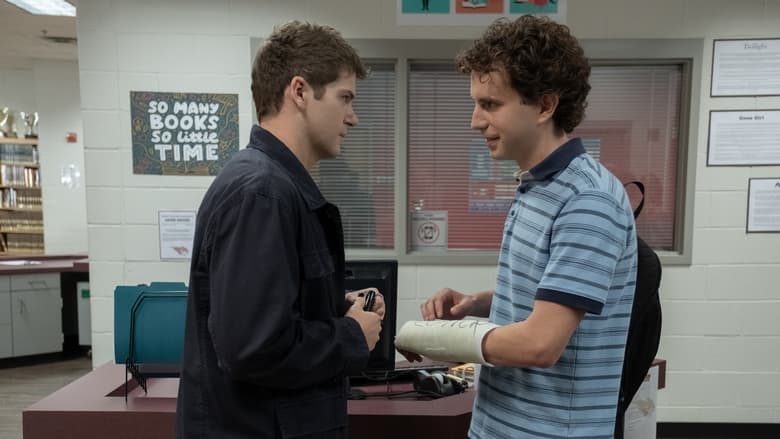 by TheUsualSuspect
posted on 10/02/21
in
Dear Evan Hansen

Here is a troubling film that tries to deal with some pretty dark topics. Teen suicide is told through the eyes of a depressed kid...but it's a musical.

The obvious age problem aside, my main issue with this film is the lack of consequences it has for Evan. He has social anxiety and is put in an awkward situation when the parents of the dead kid think he was friends with their son. Instead of correcting them or letting it slide and never speaking of it again, he goes headfirst into this fake life where he was the only friend of this disturbed individual. He even uses these lies to get with the dead kid's sister, whom he has had a crush on for a while. Once his lies unravel around him towards the end of the film, nothing really happens. In a high school setting, if someone did this they would be target #1. Yet all the film is interested in showing us as consequences for his disturbing actions is that people give him scowls. To me, it felt misguided.

Aspects of the film that kind of work involve the dangerous use of social media. How one misguided act can ruin or destroy lives and how the internet is ready to be venomous to anyone at any given time no matter what. It can be an extremely powerful tool for good and raising awareness, as depicted in the film, but it can also tear down grieving family members when you can be anonymous behind a keyboard. A rather unintentionally funny sequence involving people supporting Evan pops up halfway through the film, it involves social media.

The music is pretty good, but not the type you want to tap your toes to. I wish they didn't use some of the music for the intensely emotional scenes, they needed to play on the strengths of the actors and not the talents of the singing. It took me out of the emotional moment when someone is confronted with the truth and then all of a sudden he breaks out into song.

Dear Evan Hansen has people up in arms about a lot of things, it's not great, but it's not a total trainwreck either.