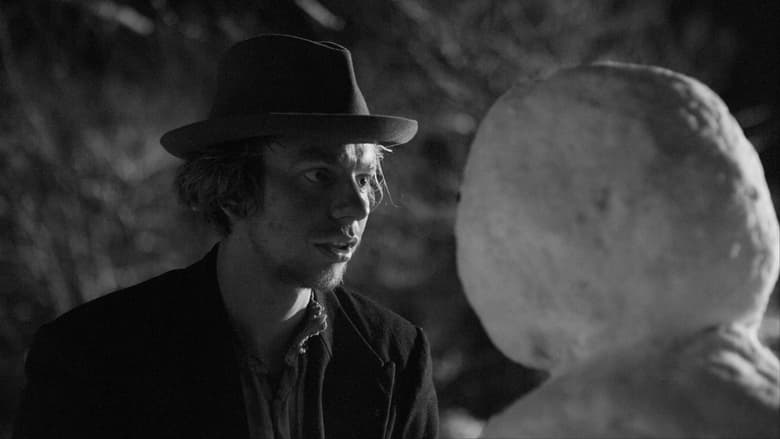 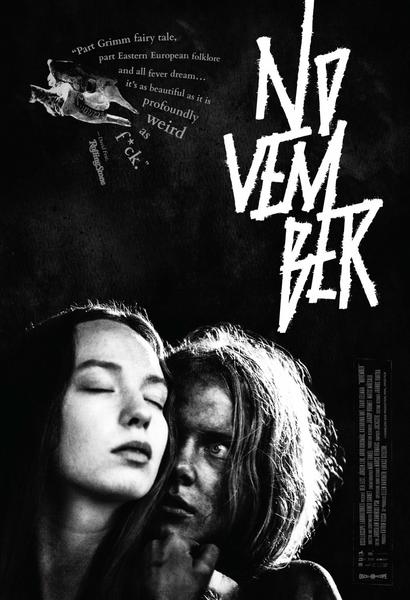 This Estonian fantasy tale is like a black metal album come to life. Besides nearly every frame resembling the typical album cover in the genre, it has the same oppressive hopelessness and wintry atmosphere found in the typical song. It's set in a tiny village in the woods with little to nothing going for it and in a world where the country's myths are real: there are animated assortments of farm equipment that steal livestock called kratts, ghosts walk among the living, shapeshifting creatures bring plagues and deals with the devil happen in exchange for one's soul. While the movie flits between the town's residents - my favorites being the local witch, a couple of desperate treasure hunters and the thieving servants of a local German baron (Dieter Laser, famous for the Human Centipede movies) - the central drama is a love triangle between Liina, who pines for Hans, a man who is willing to do anything to win the affections of the sleepwalking baron's daughter.

The look of the movie is again worth calling out for how it rides a fine line between compelling and eerie. This applies especially to the look of the first kratt we see, which resembles a spider made of metal scraps - a special effect that's so impressive that I'd rather not know how it was accomplished - and the ghosts, who may just be people clad in white and lit differently, but they need no further visual enhancement. The soundtrack all but enhances the movie's fatalistic vibe, which besides black metal has tinges of folk and dark ambient. This sounds like the movie is incredibly depressing, but it actually manages to be very funny - albeit darkly - and at just the right times. I particularly liked a servant's convoluted justification for stealing a chest full of underwear and Jaan Tooming's flamboyant performance, which is my favorite in the movie, as The Devil.

As is typical with foreign films, especially ones from small countries, I felt out of the loop sometimes, such as when the movie mentions Estonia's history and its relationship with Germany. That is not a fault of the movie, though, but it's on me since I jumped in cold. It wouldn't hurt to get a primer on the country's history and its mythology before watching. I still found it to be an involving tale that's sometimes sad, sometimes scary, and sometimes funny about what happens when the only means to not only make one’s dreams come true, but also simply get through the day is to turn to witchcraft or make a trade with The Devil. Eventually, one of these deals is going to conflict with another.
» More about November
» More reviews of November
» More reviews by Torgo