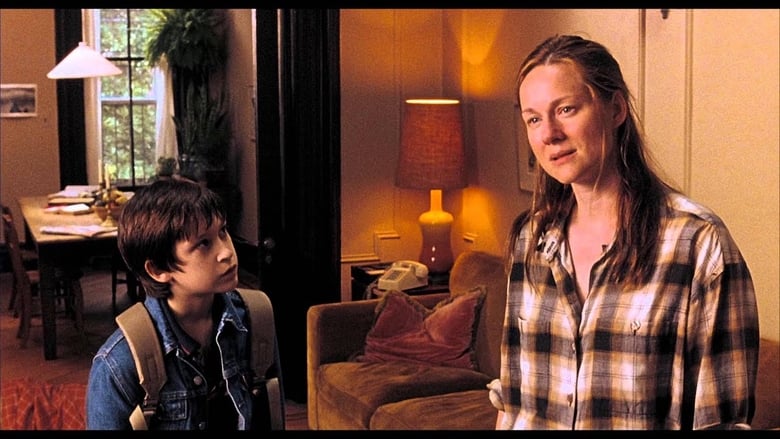 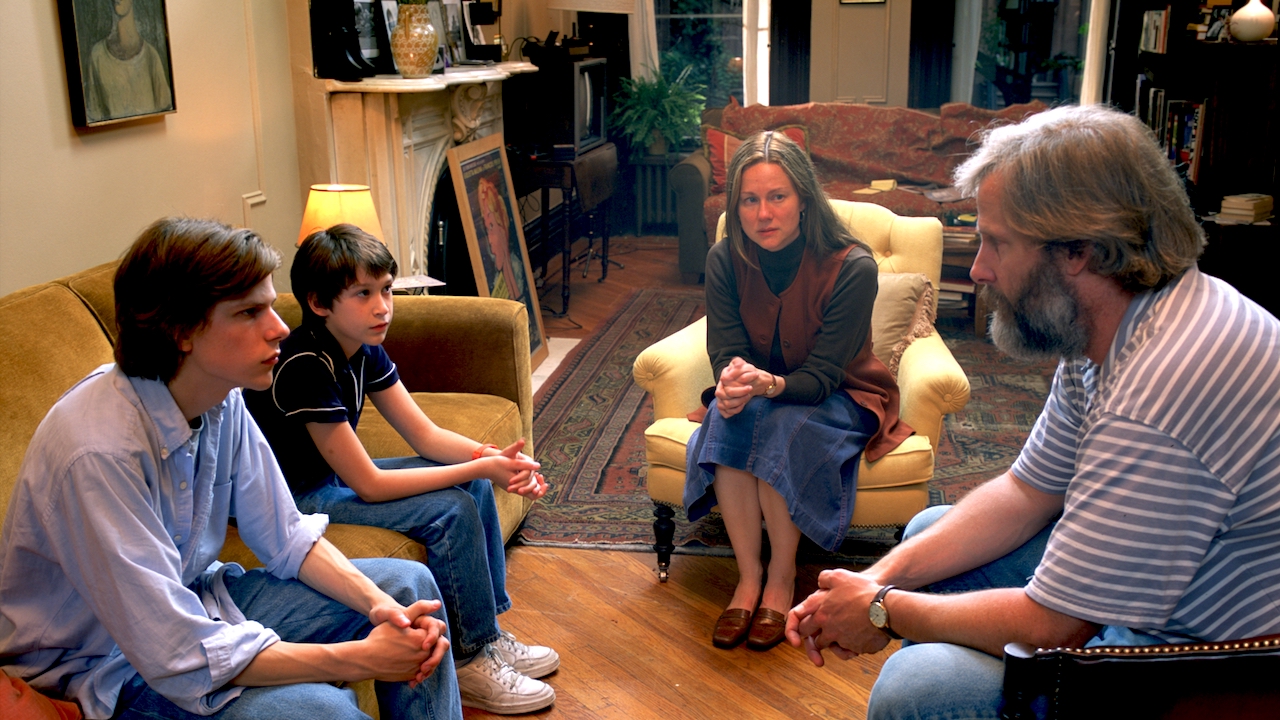 "Mom and me versus you and Dad."
The Squid and the Whale follows Bernard and Joan (Jeff Daniels and Laura Linney), a couple of "intellectuals" whose paths have diverted lately: Bernard's career is in decline as he focus more on his work as a professor, while Joan is on the rise as he's about to publish her first book. When they decide to separate, the decision affects their two sons: Walt and Frank (Jesse Eisenberg and Owen Kline), in very different ways.

The above line is actually the first line in the film; said at the start of a seemingly inoffensive game of tennis between the family. But still, it captures the essence of what is the core of the film, that of rivalry and competition, as well as kids taking sides with the parents, which is what eventually happens. Who will "win"?

This is only my second Baumbach film, after Marriage Story, but the themes are obviously very similar here. The Berkman's are plagued by the illness of ego and stubbornness, as they both make little to no efforts to communicate effectively and reach common grounds.

To make it worse, they are not very discreet in regards to their private lives as they let it spill out, emotionally affecting their two sons: Bernard has an arrogant, elitist attitude where he constantly belittles other's works, while Joan has a more carefree demeanor, which eventually leads her to cheat on her husband. Both sons respectively idolize one and the other, and are seen aping the worst of them, which also leads them down the wrong paths.

Ultimately, The Squid and the Whale is a simple film about a family broken down, with a relatively simple premise. The strength is in the writing and the performances, both of which are very good. The story is set primarily from the perspective of Walt and seems to ask a question that, as the son of divorced parents, I know I consciously or unconsciously asked myself: How can I move on after my parents' divorce and become my own self?