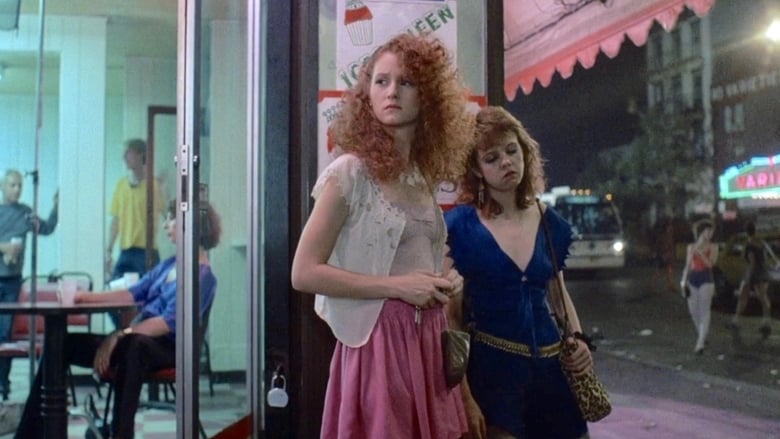 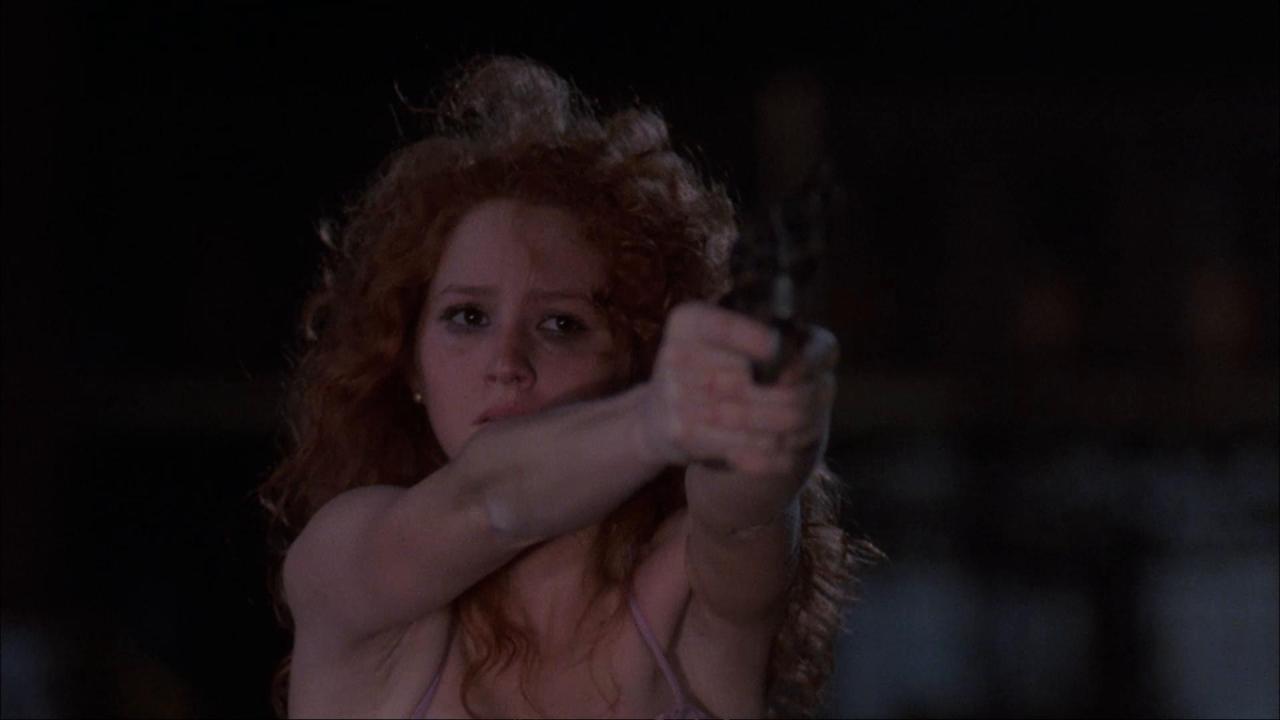 Much of the success of this movie is owed to the casting of Dale Midkiff. As far as movie pimps go, he's not as terrifying as Wings Hauser in Vice Squad (nor does he get to sing the movie's theme song), but that makes his performance ring more true. With his charisma and softer demeanour, we can buy that this man could seduce women into hooking for him. When he does resort to histrionics, like trashing his apartment in a long take after the heroine (Melissa Leo) betrays him to a rival pimp for having brutally beaten her friend, it plays credibly as the rage of an abuser. (I'd previously seen Midkiff in Pet Sematary, in which I thought he was terrible. Whatever balance he strikes here is completely lost in that movie. It seems he plays sadistic pimps more convincingly than grieving fathers.) When we first meet him in the opening sequence, he's seen at a distance, stalking Leo like a predator after prey, and moving in during a moment of weakness. Here and elsewhere, the movie benefits from its willingness to hold on a performance, with the pain of the Leo's phone call to her mother simultaneously earning our empathy and making her vulnerability all too apparent. Or when another prostitute (Khandi Alexander), having flirted with Midkiff's character during a night out, contemplates returning to her pimp's (Antonio Fargas) table in a discomfiting mix of shame and embarrassment.

The movie's depiction of the world of street prostitutes is more nuanced than I expected, given that this was an '80s Roger Corman Concorde production. It's particularly astute about the transactional nature of their relationships with their pimps, not just in the money they give them, but in the way their pimps manipulate them with material gifts. Leo falls into Midkiff's orbit after he offers to buy her a meal, Alexander falls under his spell after he places a ring on her finger (one he bought from a shady merchant earlier that night), and Fargas controls his other girl with a carefully meted out supply of drugs. And as my mind invariably drifts to the subject of wardrobe (a side effect of spending an ill advised amount of time reading menswear blogs and then talking myself out of even more ill advised purchases), I couldn't help but notice the contrast between the ostentatious outfits of the pimps with those of the prostitutes, which are undoubtedly catering to male desire yet have a certain honesty in how shamelessly they flaunt the goods. The expensive double-breasted suit worn by Midkiff's rival, the dinner jacket and hat sported by Fargas, and Midkiff's own sportcoat feel like transparent shortcuts to class, perhaps to mask their wearers' seediness. (Midkiff's own outfits are a masterclass in how small details, like an earring too inconspicuous, a ring too large or a shirt unbuttoned too low, can sleaze up an otherwise respectable looking outfit.)

The film's poster suggests an affair like Angel, which sensationalizes the contrast between the heroine's seemingly normal daytime existence and her job as a prostitute, but as we first meet Leo after she's been kicked out of her mother's house, there is no such normalcy in sight here, and we're fully immersed this world. The prostitutes mostly seem friendly with each other, but the ugly realities of their world prevent those friendships from providing them with much comfort. And unlike that earlier movie, where the police are at least well meaning, if of limited help, the police here are shown as entirely unhelpful, disruptive presences, periodically pestering the prostitutes at work but seldom offering any real protection. An early scene pointedly shows a cop breaking up a crowd watching Midkiff beat one of his prostitutes but failing to come to her aid in any meaningful way. This movie is also unusually less harsh on johns than usual, showing them (with one exception) to be fairly harmless.

If the above makes the movie sound like a gritty drama about prostitution, I suppose that's not inaccurate to the movie's effect, but I must report that it eventually turns into a thriller, and a very good one, with the sober first half providing a springboard to launch the film into an accelerated second half. The prostitution theme means that it doesn't need to contrive excuses for titillation, and the fact that it was shot fast, cheap and using well chosen locations adds to its sense of urgency (making Corman's increasing penny-pinching during the decade a non-issue). When it has Julie Newmar in a bright red skimpy outfit waving a gun around, it should seem like a concession to exploitation movie audiences, but credit to the movie, it finds a fairly seamless way to slide into those images. Stylistically, it owes a lot to the urban thrillers of Walter Hill, particularly 48 Hrs. and The Warriors, whose neon aesthetic, nocturnal ambience and compressed timespan are deployed here to electrifying results. Don't sleep on this one, folks.