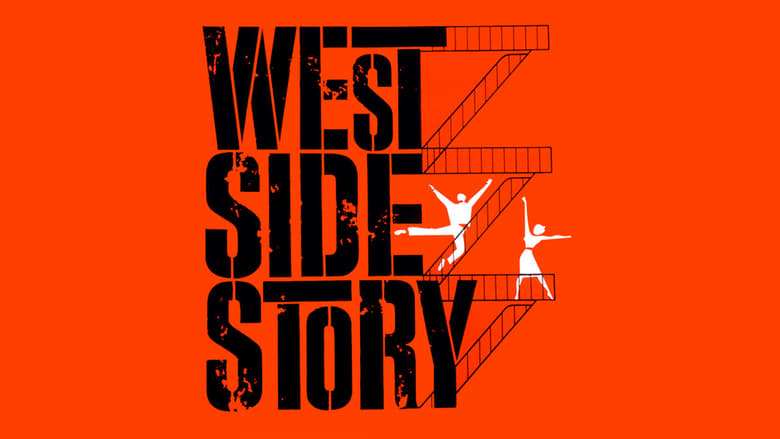 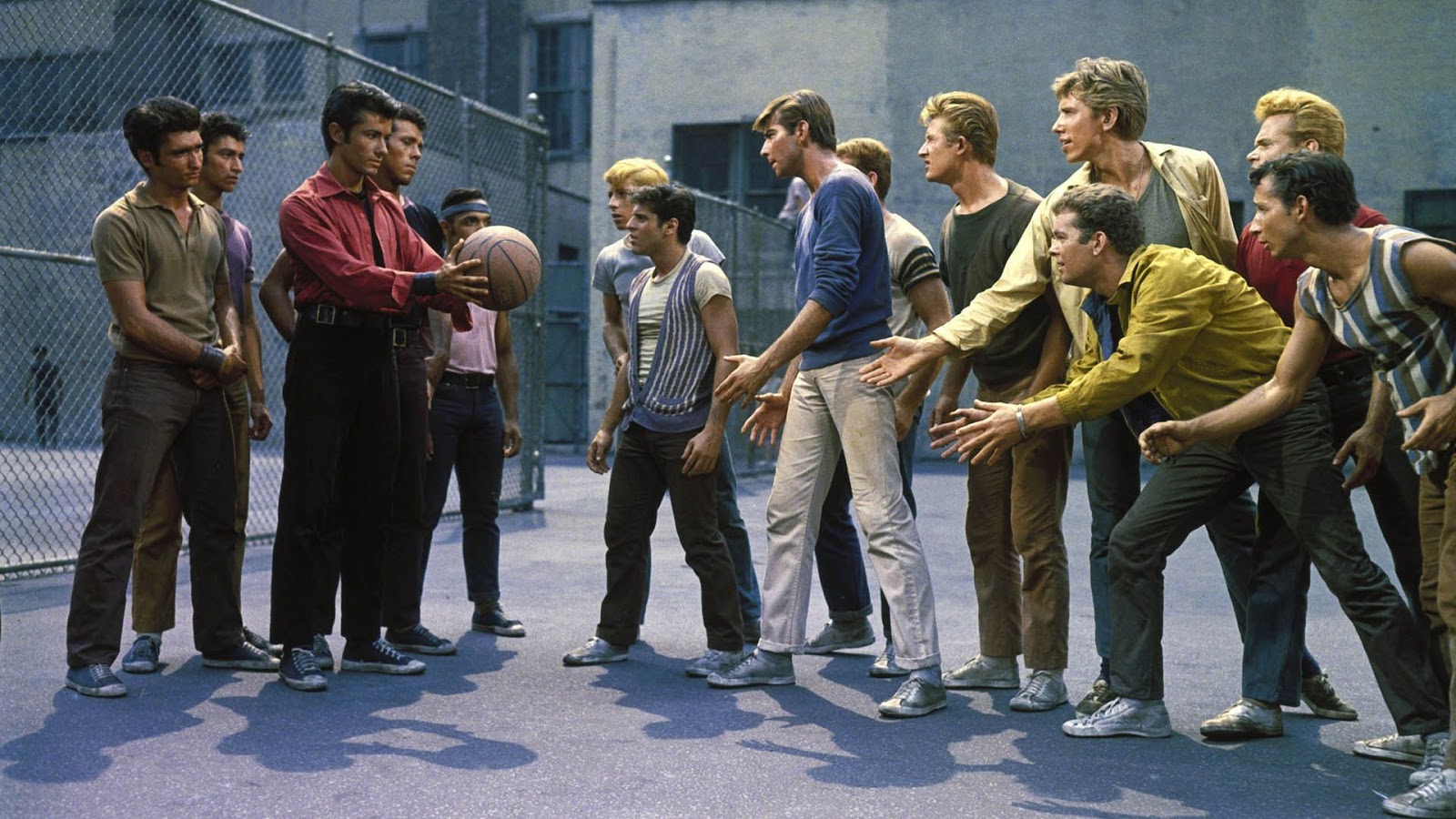 In a New York City neighborhood, tensions run high between two rival gangs. The Jets, led by Riff (Russ Tamblyn) repeatedly squabble and rumble with the Sharks, led by Bernardo (George Chakiris). Standing outside it all, yet unavoidably bound to the conflict, are Riff's brother Tony (Richard Beymer) and Bernardo's sister, Maria (Natalie Wood), who fall swiftly in love. But the gang violence threatens to destroy the happiness of the young lovers.

Another film I've been meaning to see forever, that I've only ever known through short snippets and GIFs, and turned out to be a very pleasant surprise.

Musicals can be pretty hit or miss with me. Setting aside whether or not the music itself is good enough to listen to, characters suddenly bursting into song can come across more silly than genuine. Musicals are a genre that tend to push up against the borders of my suspension of disbelief.

In any event, West Side Story circumvents any of those pitfalls through the simple mechanism of being TOTALLY EXTRA. Dancerly, balletic movements punctuate almost all of the scenes. Yes, there are the moments that you're definitely in the middle of a number, but are you every truly out of a number in this movie? I don't think so. At any moment someone might punctuate a strong statement with a kick or a twirl.

And that might sound like I'm poking fun at the film, but it's quite the opposite. The movie happily blurs the line between the allegorical world of dance and the "real" world of the film, which makes the transitions between scenes and sequences far less jarring. It results in a far more immersive experience. It also makes it feel far less absurd that a hardened street gang would twirl around like they're running a few minutes late for a turn in Swan Lake. These street kids will sing and dance their emotional traumas, their fatalistic outlook on life, and their semi-serious attempts to stab each other.

Maria and Tony didn't super grip me as a couple, but that doesn't really matter. It is enough to see the way that the oppressive hate from both sides sabotages something as simple as a teenage crush.

What I think the film conveys best is the way that the hatred between the two groups comes both from bias and from a sense of being unsettled. These are all very angry young people, and they have nowhere to point their anger but at each other. It's interesting to see that neither side will cooperate with the police. But with an inability to do anything about authority figures, they turn on each other.

Which isn't to say that I found them entirely sympathetic. The Jets (with whom we spend the most time) are a veritable study in wounded, impotent masculinity. They bluster about fighting with rocks, knives, and guns, and yet are entirely unprepared for the consequences of such violence. In the scene that feels the most "real", the Jets harass and sexually assault Maria's best friend, Anita (Rita Moreno), seemingly only stopped from committing rape by the timely intervention of an older man. One of the Jets then protests that they didn't choose the way the world works. Right, but um . . . . you do get to choose whether or not you rape someone. I did wonder in that moment how self-aware the film was with that exchange. To me, it indicated young people who, in the face of a degree of helplessness, have assumed a victim mentality that they can't control anything, even their own actions.

From a technical point of view, the choreography and the way that it blends with the camera techniques are pretty aces. At one point I genuinely thought something was very wrong with my TV before realizing it was just a very colorful transition. There are "standalone" dancing sequences in open spaces, and also sequences that take place in more complicated sets. I thought it all looked great. Even the songs that didn't do too much for me still felt very watchable because the dancing and camera looked so good.

To my eye, the only real misstep was the makeup on the actors playing the Puerto Rican characters. Like, wow. After watching, I confirmed what I hadn't understood while watching, which is that Rita Moreno (who is Puerto Rican!) was wearing a bunch of darkening makeup. I guess she had to wear it to match the skin tone that they put on the other (white) actors. Anyway, kind of yikes. It just doesn't look good---it very obviously looks like people wearing a ton of thick makeup.

Despite this, though, a really good watch overall. Deservedly iconic.