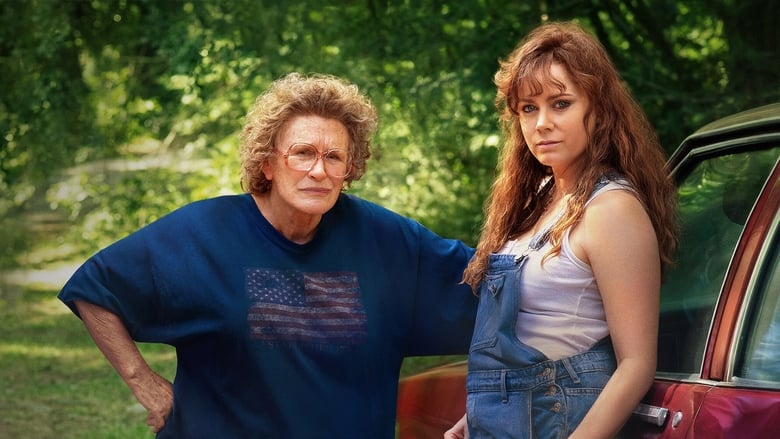 "Whatever better life my grandparents had chased up Route 23, they never caught it." 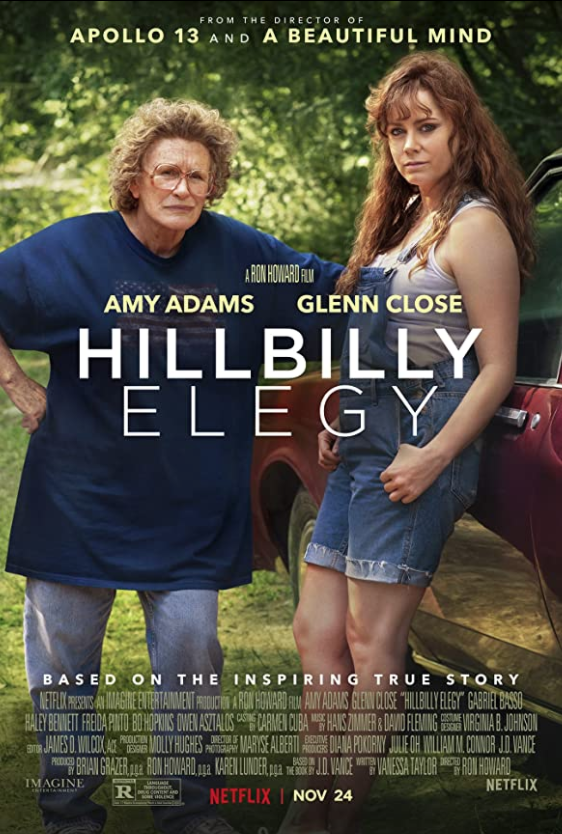 It's about time I got through more Ron Howard movies. My dad, who had a lot of strong opinions about movies and TV shows, considered The Andy Griffith Show to be one of the greatest shows ever. I agree. Little Ronnie Howard became a director after starring on Happy Days for its long run, and became a director. Common knowledge. But the real story is how diversified he is, not only in terms of genres and age-groups that he tackles, directing everything from true stories about real life struggles to sci-fi movies about alien contact to religious thrillers to Dr. Suess stories, but the quality overall. It feels a bit weird to call him one of the greatest ever when some of his movies just don't have that same effort. His most recent movie, Hillbilly Elegy, got pretty damn bad reviews. Ironically, it MAY not be for the reason you think.

Hillbilly Elegy is an adaptation of the biography of J.D. Vance, venture capitalist. But there's nothing capitalist about this movie. It's about the real-life struggles this guy has gone through with his family, notably his screw-up mother (Amy Adams) who makes excuses for everything she does. This college boy returns home to deal with the recent OD of his mother, and reminisces on the struggles he went through, and the eventual move into his grandmother's (Glenn Close) house.

Is it PLOTTED? No. It's a true story, so there's really no need to add a "plot." This movie is a look on not just the life of J.D. Vance, but the lives of a lot of people. It's hard to watch due to its realism, but it's a very truthful movie. So, are all the critics just angry that the movie's so realistic? Well, considering that the The Office UK is still considered one of the greatest TV shows ever due to its realism, no. So what is it?

Well, I noticed somebody on Imdb saying that a lot of critics were against J.D. Vance because he was a "venture capitalist" and a "Trump supporter." Now I didn't really want to believe that, so I looked up "Hillbilly Elegy Movie Review" and clicked the second result (the first result linked to the official Rotten Tomatoes page). After criticizing a Terminator-related line, as if that was actually important to the plot, the first thing the critic mentioned was TRUMP SUPPORT. Funny enough, if I had money to spare, I'd pay you to find one mention of Trump in this movie, especially one that mattered. Better yet, look for the word "captialist." Nothing. This is a FAMILY DRAMA, not a political statement.

Critics obviously have no interest in separating the art from the artist because they think they can fool the people. The first comment on this review came from a liberal who said that it was obvious that critics were just afraid of Trump support increasing and that the movie was actually OK. They're not even fooling their own kind. How relevant is Rotten Tomatoes in comparison to the much more honest Imdb? Because keep in mind, it's the people who keep paying for these movies. Some critics get in for free. To the studios, it's the common people who matter.

Although I aspire to be a legitimate critics, I'd still like to act like a spokesperson for the people. So I'm gonna be fully honest about this movie. Lots of people can relate to being raised in a broken family, and believe me, this movie fits all the bills, which also means it runs the risk of using tropes. So what's left for the movie to rely on once the risk of this realism cancelling itself out is realized? The actors. I watched this movie for two reasons: Ron Howard and Glenn Close, who I finally fell in love with (as an actress) after watching Fatal Attraction. She's an acting genius, and her role as Mamaw is one of the best acting jobs I've ever seen. She nailed it so much that I wonder if she had family like that. Her prep included talking with the real J.D. and watching home movies of her. And her Polish joke is... not really a racist joke but more of a crack... it's one of the best lines she ever spoke because the attitude with which she said it was just so spot on.

The movie relies on the acting and the real life struggles, and the struggles only get worse and worse until we reach a fairly satisfying conclusion which shows that the mother is finally learning her lesson. I can't stand parents who make excuses for everything they do. And it's nice to see that Vance's career became much more successful after so many struggles, even though some won't agree with his career choice or ideals.

Hillbilly Elegy did nothing to support capitalism, and I don't find myself rooting for Trump (or criticizing him) anymore than I already did. I took a family story from it. And even though it's a familiar story which doesn't make the most of Howard's directing skills, it's an honest one. I'd recommend it for anyone who knows what it feels like to grow up in a broken family, or has a broken family member. Critics are too scared these days (not that I believe this, but I wouldn't be surprised if that explained all the high critical reviews for recent horror movies).