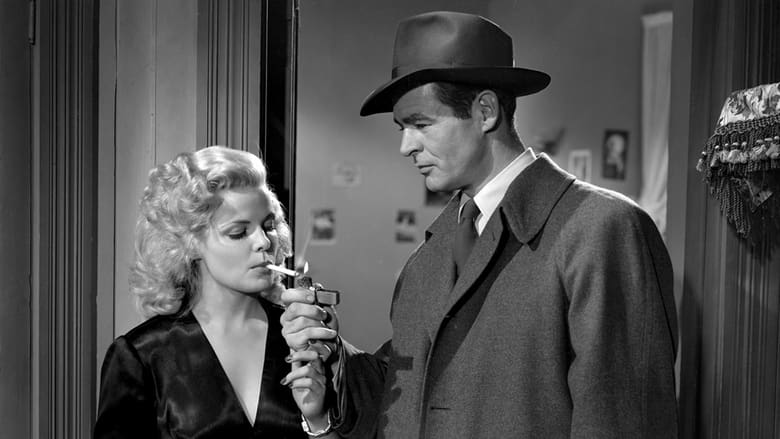 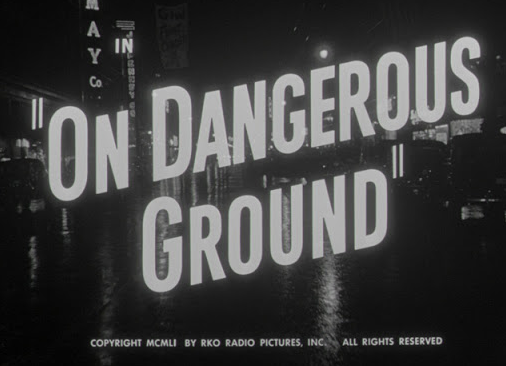 
"Rough city cop Jim Wilson is disciplined by his captain and is sent upstate, to a snowy mountain town, to help the local sheriff solve a murder case."

So here it goes...I enjoyed this noir, as I enjoy noirs. Ida Lupino is a plus and Robert Ryan is a good noir character type. But I don't feel this is one of Ray's best works and the story intent never really comes into focus. Some of that might be on Ray himself and how he directed this. Some of it might lay on the shoulders of Robert Ryan who's asked to show a tender side that he just wasn't able to show. But mostly I think the blame lays with financier Howard Hughes who owned RKO studio and had a hand in editing the film.

The film has a split personality to it. The first half is a matter-of-fact police procedural, docu-drama. The second part takes an abrupt turn as our police detective (Robert Ryan) leaves the city and heads to upstate New York to solve a local murder. In the country side he encounters a blind woman (Ida Lupino) and falls for her. His encounter with the blind beauty changes his previous brutal bad-cop ways. Abrupt is the key word here as Ryan's character changes gears at a drop of a fedora.

So the dilemma is: I enjoyed this because it is noir and I love noir. But it was IMO flawed in it's narrative construction.