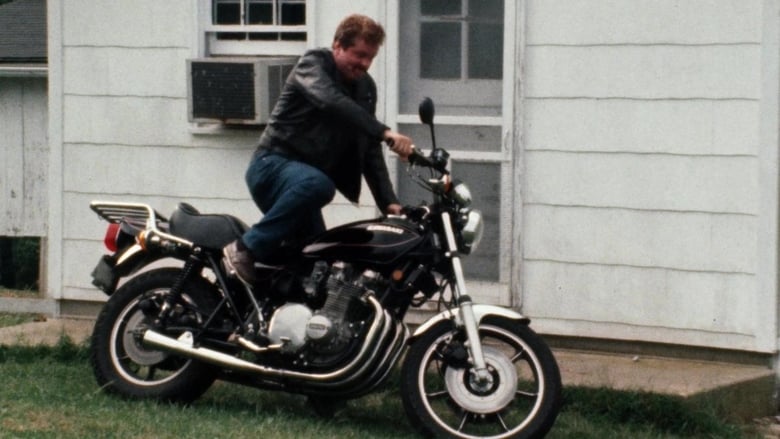 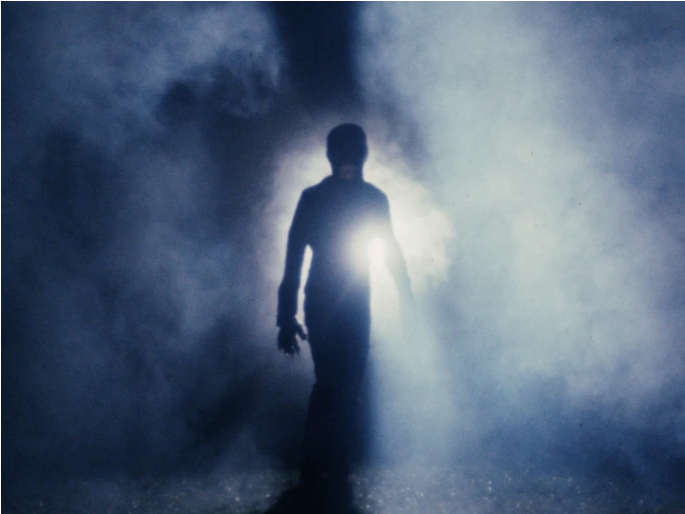 Nightbeast is to sci-fi horror what Don't Go in the Woods is to the slasher movie. A dirt cheap regional version of the genre, whose low budget gives it a good chunk of its personality. Nightbeast is probably closer to a "good" example of its genre than the other film, and for a regional production that no doubt had to pull together whoever the filmmakers knew to make up its cast, the acting is pretty decent on average, but there are moments when its cost cutting or need to pander to audience expectations gives it a weirdness you don't get in a more expensive movie. The plot can be described as "Predator in Maryland", with an alien getting stranded in the woods after its spacecraft gets downed by an asteroid and subsequently antagonizing the residents of a nearby small town.

This is not exactly Jaws and the movie does not shy away from showing the alien, who is seen wearing a tracksuit (a silver one, appropriate for space travel), yet the movie devotes a decent amount of its attention to the efforts of the local sheriff and his deputies to stop the alien's murderous rampage. (It is however like Jaws in that the dumbassed mayor, who cringes at being called "Bertie", downplays the threat and tries to keep the party going.) I find something innately enjoyable about watching a group of competent professionals work together to solve a problem, particularly in a genre context, and there's a love here for the genre and the tropes involved that makes this additionally pleasurable. The cheapo synth music, courtesy of a teenage J.J. Abrams, gives this all a pretty nice atmosphere.

The technical qualities are mixed but full of personality. There are times when a shot will end really abruptly that I suspect was due to the filmmakers wanting to save film to keep costs down, but I couldn't help but think how much better those moments would have landed if the image had been held for a few more seconds. At the same time, I do appreciate that the filmmakers were learning on the job; the cinematographer speaks of discarding the use of fog filters after a few initial shots didn't turn out as expected. Some of those shots are still in the finished film, and the stylistic incongruity gives the work a certain momentum.

Yet there are moments when the film's roughness accumulates into the sublime, like during a confusingly edited shootout with the alien where the garish optical effects and contempt for spatial coherence (there's a cavalier disregard for the 180-rule) give the proceedings a hallucinatory quality. I am not one to partake in psychedelics during a movie or otherwise (and quite frankly don't even drink all that much), but if you are, this sequence benefit from the enhancement offered by those substances. Yet there are images that are genuinely atmospheric, and the decision to frequently accompany the alien with darkness and fog (the fog machine here works overtime) pays off wonderfully. (It's a good indication of where my head's been at the past year and a half that during a tense scene where a character is about to be ambushed by the alien that my attention was held in part by the sweet collar roll on his shirt.)

Dohler wanted to make essentially a throwback to '50s alien pictures, but because films need to make money and such things were not automatically commercially viable at the time, he was encouraged to spice up his movie with more sex and violence. The added violence blends easily with the fabric of the movie, the disembowelings and gore scenes providing an unhinged counterpoint to the tacky optical effects of the alien's raygun. As far as the sex goes, it's limited to two scenes. One is a nude scene of a character whose fate is to be killed by her sadistic biker boyfriend, which I found a little too distasteful for this kind of movie (even if the biker might be played by the best actor in the movie) and this whole subplot is oddly divorced from the alien-related proceedings. The other however is a wonderfully awkward sex scene between the sheriff and one of his deputies, full of uncomfortable caressing and equal opportunity shots of their buttcracks. (It's nice to see something this progressive at a low budget.) Is it a "good" scene? No. Would the movie be better off without it? Hell no.