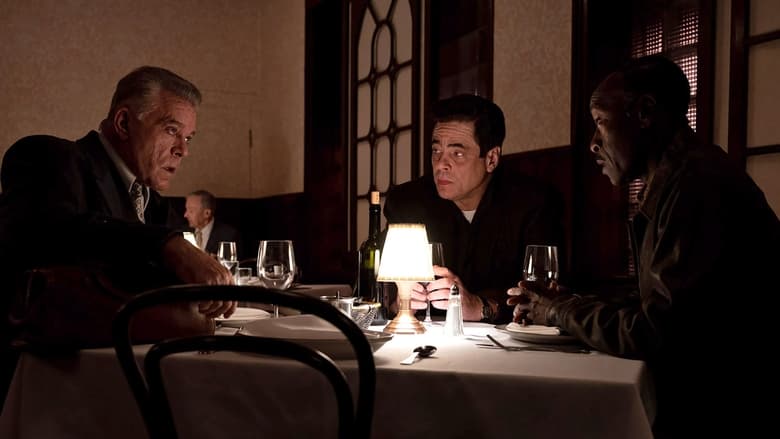 by Gideon58
posted on 7/07/21
in
No Sudden Move
The screenplay is overly complex and takes a little too long to get where it's going, but the 2021 crime thriller No Sudden Move remains watchable thanks to some crisp performances and the skill of the Oscar winning director of Traffic behind the camera. 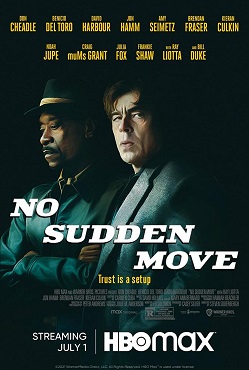 The setting is Detroit in the 1950's and as the story opens, we see three criminal lowlifes being hired by a crime lord from their past they want nothing to do with, to retrieve a document, but as the allegedly simple assignment goes horribly wrong, their attempts to figure out why lead them to a criminal conspiracy of epic consequence that we never see coming. 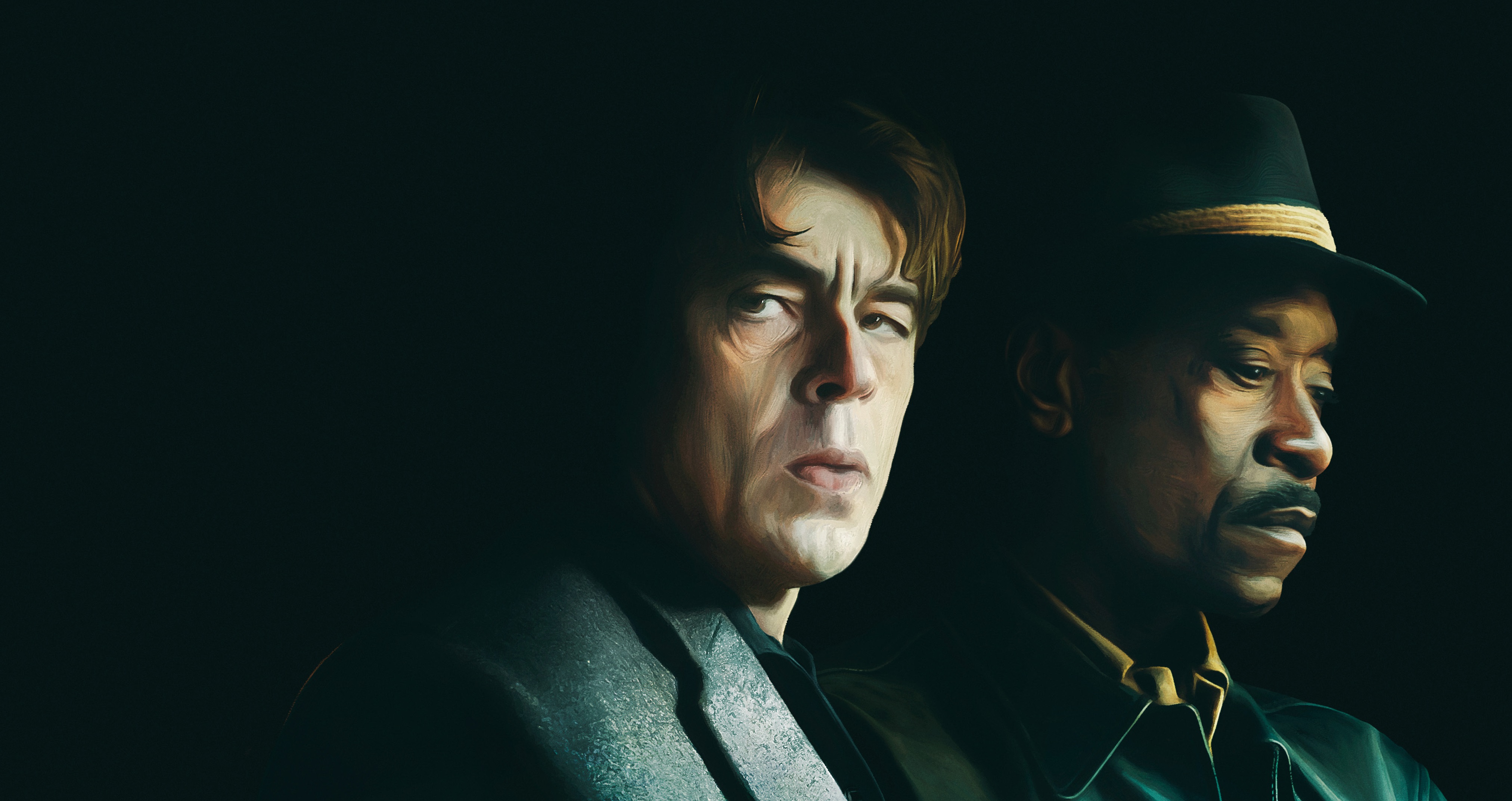 Steven Soderbergh applies his usual slick and glossy detail to the delicate mounting of this story written by Ed Solomon, that actually combines actual events and fictional characters into such an effective blur that we're actually shocked by the epilogue offered at the conclusion of the story. What begins as a typical underworld drama initially confuses due to a canvas where most of the principal characters are drawn in shades of gray, making it impossible or the viewer to figure out who we're supposed to be rooting for. As the three thugs we are introduced to at the beginning of the story immediately find themselves holding an innocent accountant and his family hostage, the viewer is bamboozled as these guys find themselves pawns in a deadly conspiracy that boils down to one codebook and one document which could have an unprecedented effect on the entire automotive industry. Soderbergh allows the story to move at a leisurely pace that, at times, tries viewer patience and confuses because as the story progresses, the canvas becomes bigger and bigger. The crime lord that the three thugs don't want to work for at the beginning turns out to be the tip of the iceberg and by this time, viewer empathy has completely reversed and even though we're not 100% sure of what's going on here, we sure want to find out as the final third of the film commences and surprises are provided right down to the final reel.

Soderbergh has dressed up this story beautifully with the aid of first rate production values, bringing the 1950's to life and has assembled a terrific cast committed to his vision. Don Cheadle and Oscar winner Benicio Del Toro are razor sharp as 2/3 off the trio hired at the beginning of the film. Solid support is provided by Jon Hamm, Kieran Culkin, and especially David Harbour. Also loved Brendan Fraser in an eye-opening turn as one of those mob enforcers that you'd expect actors like the late Frank Vincent or Steven Schirripa to play. David Holmes' creepy music score frames the story nicely, I just wish it had been a little simpler to follow.
» More about No Sudden Move
» More reviews of No Sudden Move
» More reviews by Gideon58