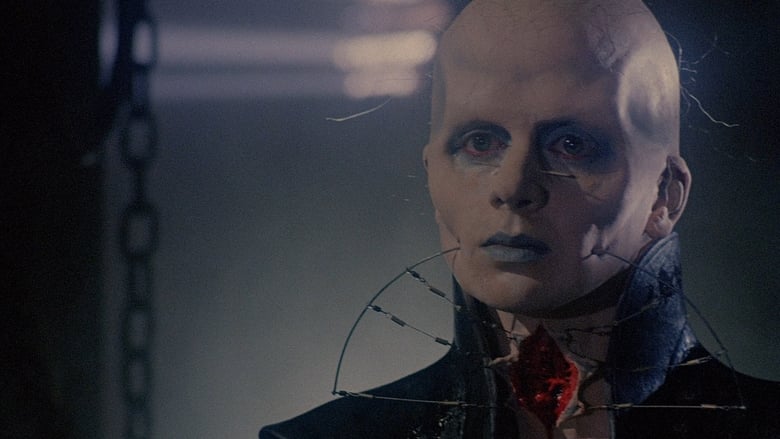 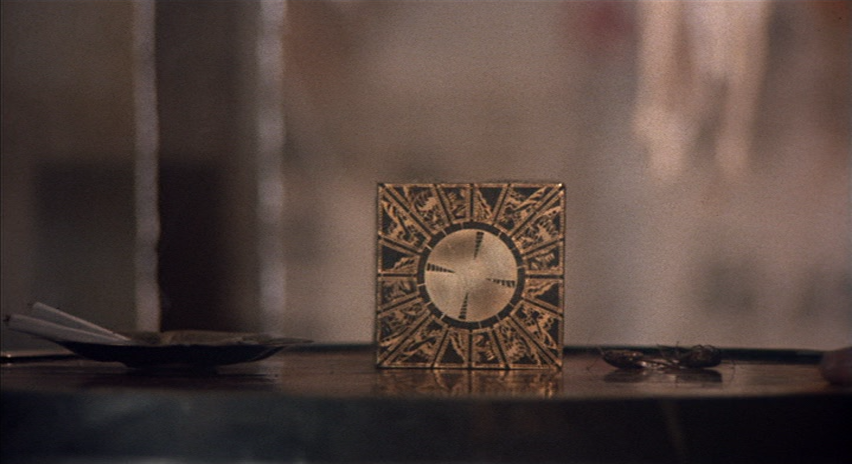 This review contains mild spoilers.
Having only seen the first two films, I’d been itching to finally dig further into the Hellraiser series after an internet compatriot went through the sequels earlier this year. Of course, when I tried to follow through on this, I found that the only installment I had easy access to was the original. Given that I needed a film for the “Queersighted: Queer Fear” week of the Criterion Challenge (original link; my list), I decided I might as well give it a rewatch. It was a film for which I’d had some guarded admiration, and given how easy I’d been to please over the last year and a half, I was curious if it would rise at all in my esteem this time around. It turns out I landed pretty close to my original opinion, which I will now proceed to regurgitate and expand upon just a little. Barker’s inexperience as a director holds the movie back, but in adapting his own novel, he nails its sense of transgression. As far as truly iconic horror films go, this is the one that comes to mind as the most overtly kinky. You don’t need me to awkwardly dissect any onscreen metaphors (hey, did you know that Lemarchand’s Box represents BDSM? and that Frank Cotton might be into getting cuckolded?), but the production design (leather, chains and hooks) is undeniably fetishistic and the reaction of Julia, the Clare Higgins character, in carrying out the villain’s bidding has a clear erotic charge. (For the record, I’m not saying I personally found this hot, but I think Barker maybe does, and I won’t begrudge anyone for feeling the same way. This is a judgment-free zone.)

It stood out to me this time around that as Julia seduces victims to feed her lover, she doesn’t come off as seductive in the usual feminine, heteronormative way we might expect. She has sunglasses to hide her piercing blue eyes, rigid architectural hair, and a hard-edged blazer with broad shoulders that brings to mind the power suits that defined tailoring during the decade. There is a certain androgynous quality to her appearance, but it also fits neatly into an image of yuppie aspirations, like an ad in a high fashion magazine. I think there’s a certain class consciousness here that I didn’t pick up on the first time around. Her husband Larry, played by Andrew Robinson, is upper class, a little obnoxious (like when he jokes about suing somebody), holds an unsentimental view of the family home (which he’s looking to sell), but ultimately safe (he seems like a caring father to Ashley Laurence’s Kirsty). Her lover Frank, played initially by Sean Chapman and then by Oliver Smith, is working class, dangerous (he has a history of run-ins with the law), his edge presenting an obvious appeal compared to Larry’s banality. Yet as the movie progresses, Frank metaphorically climbs the socioeconomic ladder, taking on the wardrobe of his victims, and ultimately becomes Larry. (Given this dynamic, I still think it was a mistake not to cast Robinson as both brothers, or at least cast Everett McGill, who looks like a more rugged Robinson, as one of them.)

The film’s dramatic arc rests between these three characters, and the second act of the film locks into a pattern of men following Julia into the attic and getting killed, not unlike the bulk of the third Friday the 13th movie where characters keep going into a barn to get killed by Jason. (I do like that movie, with its mix of goofiness and first-wave-slasher grit.) When the movie shifts us to Kirsty’s perspective, it fumbles. Larry had been shown to be bland and ineffectual (one scene has him unable to look at his hand after scratching it on a loose nail), with little emphasis placed on his bond with his daughter. Trying to appeal to this relationship and turning her, the most wholesome character in the movie, into the protagonist leaves the movie feeling a bit clumsy, especially as she seems so removed from that central dynamic. This, more than any specific aesthetic choices Barker makes or his execution of any given moment, is what holds the movie back from greatness for me. It’s been a while since I last read the original story, so I won’t quibble too much with any changes he made in adapting the movie, but I did appreciate his overall mise-en-scene more this time around. He presents a lot of the more graphic scenes less like dynamic shock moments than grisly tableaux, almost like the work of Herschell Gordon Lewis but with a grit appropriate for the film’s class-related concerns.

And it would be a crime for me to discuss the film without bringing up the Cenobites, who appear onscreen for only a few minutes in total but provide the bulk of the film’s most memorable moments. Given that they’re the manifestation of the power sought by the villains, it makes sense that they carry the most psychic weight, and Barker wisely avoids laying out their underlying logic too explicitly, beyond a few basic rules. Like the malevolent forces in the films of Lucio Fulci, the Cenobites operate beyond the realm of human comprehension. Their appearance, bathed in blinding light, also presents a stark contrast to the gritty, darkened look of the majority of the film. This is a case where the reveal of the MacGuffin, so to speak, doesn’t disappoint. Of course it helps when the lines they’re saddled with are iconic, as is the performance by Doug Bradley, who captures the necessary otherworldly quality, as are most of their designs. The exception of course is Butterball, the rotund Cenobite who sports sunglasses that are too small for his head. I may warm up more to other aspects of the film upon future viewings, but no amount of rewatches will ever convince me that he doesn’t look dumb as ****.