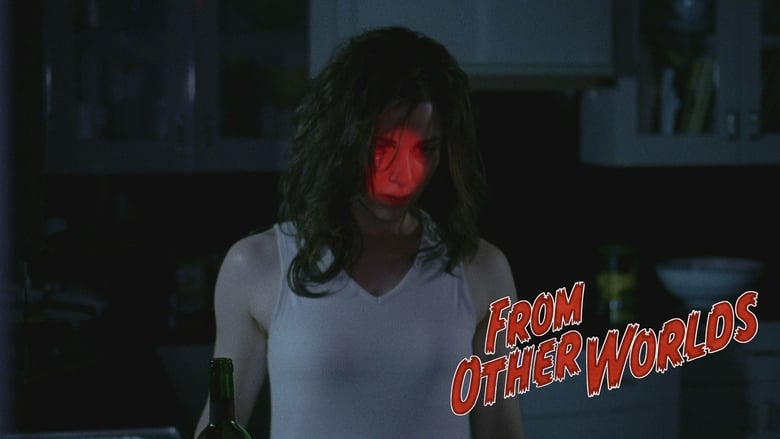 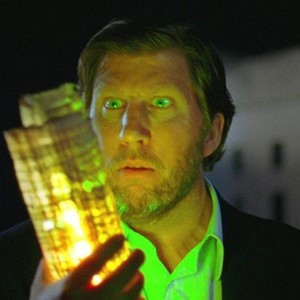 A woman named Joanne (Cara Buono) has a strange experience one night that leaves her with missing time and a strange mark on her side. Coming to believe that she was abducted by aliens, Joanne eventually meets up with another abductee named Abraham (Isaach de Bankhole) a man with the same strange mark who spends his days selling counterfeit watches on the streets of the city. Together they try to figure out why they were taken and how it all connects to a new strange artifact that has just been unearthed in a dig.

This movie is not bad, per se, but it does seem to be a little confused. It's like when they were making the film they had to check boxes of what they wanted, and they just went hog-wild. It's a comedy! It's a romance! It's a thriller! It's a sci-fi film! And as is often the case, by trying to do so much, it ends up not doing much of it that well.

Buono and de Bankhole have good chemistry with each other, which is probably the saving grace of the entire film. I say this because the movie shuffles the two characters around from plot point to plot point, and the only thing that feels at all genuine is the growing friendship and forbidden romantic feelings (she is married) between them.

The comedy for the most part just didn't work for me. It is very VERY broad. Lots of wide-eyed reactions and, um, interesting takes on international accents. Because everything happens so fast, certain jokes just sort of hang in the air awkwardly, like when Joanne's mother-in-law finds out she is spending time with Abraham and gasps "He's not even African-American, he's African-African!" So I guess the joke is . . . her mother-in-law is kind of racist? And then we never even see the mother-in-law again, so why on Earth did we need that little dollop of racism in the middle of the film? The sci-fi elements are also kind of muddled, partly because the film is able to devote so little time to them. I kept feeling as if it didn't make a whole lot of sense, like, at all. But this is also not the kind of film where it seems worth rewatching scenes to "get it".

Despite not wanting to slam this film or anything, I also can't really say much to recommend it. Truthfully, I have a hard time imagining anyone really liking it.