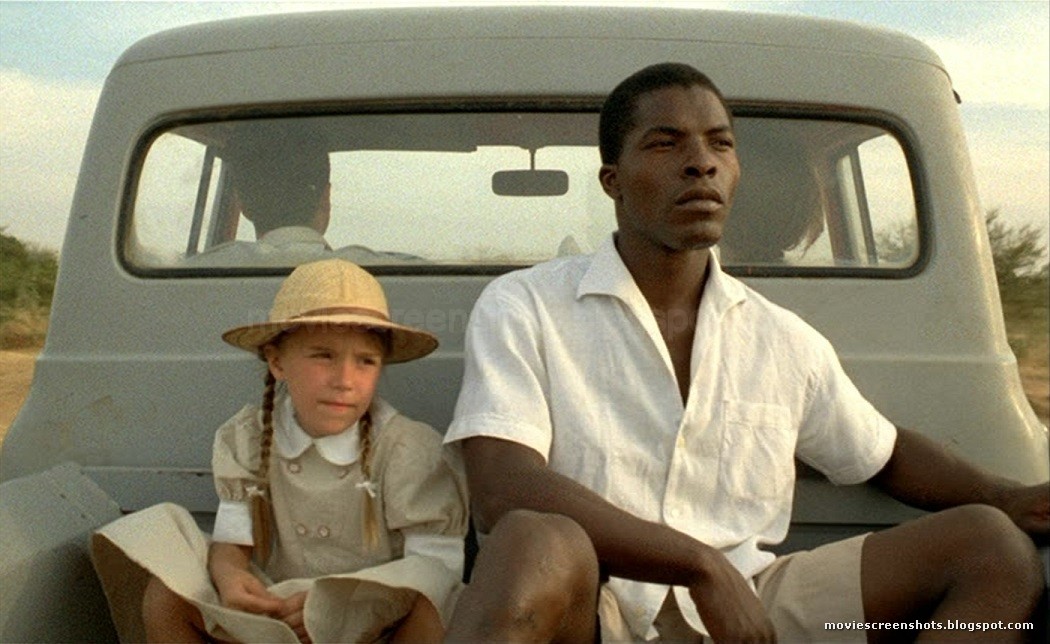 In an extended flashback, we see the childhood of a girl named France (Cecile Ducasse), the daughter of the head of a colonial outpost in French-occupied Cameroon. France's memories revolve primarily around her family's servant, a man named Protee (Isaach De Bankhole). What France is barely able to understand is the destructive attraction between Protee and France's mother, Aimee(Giulia Boschi), something that is pushed to a breaking point when a visitor named Luc (Jean-Claude Adelin) arrives and also feels attraction toward Aimee.

There are so many layers and big heavy themes to this film (racism, colonialism, adolescence, sexism), that the most surprising thing about it is how well it moves along. It isn't a light film by any means, but there is a remarkable deftness to the way that the story progresses.

The best aspect of the film is simply that each character feels very alive and as if they have a point of view. Even characters who are kind of awful--like Luc, who happily abuses his position of power and uses racial epithets against the Cameroon natives--feel fully formed.

Isaach De Bankhole is perfect as Protee, the unwilling center of the storm. To me, De Bankhole is almost like one of those impossibly beautiful people like a Catherine Munroe or something. I think that this beauty makes him ideal as the kind of person that both an adult woman and an adolescent would have a huge crush on. But he also does a great job of portraying someone who understands the precariousness of his position in the white-run household. He exhibits a poker-faced zen as he is ordered around and called "boy". It is not that he secretly hates France or Aimee, but you can see under the surface the wrongness of being treated, at times, more like a pet.

Giula Boschi is solid as the mother, Aimee. Aimee is one of those characters who exists in that mid-tier level of power. Living in rural Cameroon was obviously not her choice. And with her husband away for long stretches of time, she repeatedly leans on Protee for protection and comfort. But what makes it hard to sympathize entirely with her is realizing the danger in which she puts Protee. In one scene, Aimee calls Protee into the bedroom where she is with France because they are afraid of a coyote. Protee stops at the door to the bedroom like a vampire who's just seen a cross. What does it mean for him to go into the bedroom of a white woman with no one else around? What might the consequences be?

I am honestly surprised that this isn't a film I hear about more often. It tackled many complex themes and constantly centered the humanity of its characters. It is neither a dewy-eyed look at a colonial childhood, nor an EVIL COLONIZER film. Claire Denis (who both wrote and directed) has created a nuanced, lovely story that feels like a portrait of a flawed loved one. While I didn't talk much about it, I also thought that the film looked great and made the most of a gorgeous landscape. I didn't have any complaints, aside from maybe wanting a bit more closure in terms of one aspect of the story.

I'm maybe bumping it up about a half star, but I really enjoyed the flow of the film.