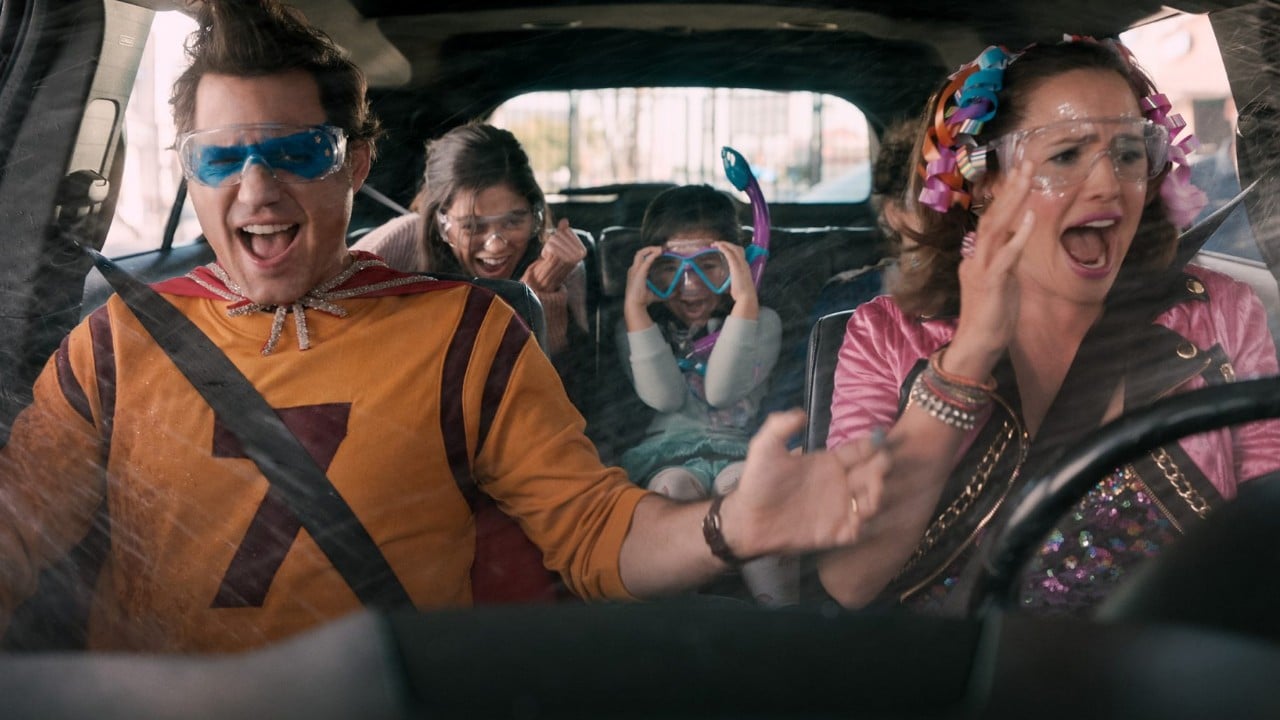 Allison (Jennifer Garner), a once-adventurous woman, is disheartened to come to the realization that her children regard her as a joyless dictator. While husband Carlos (Edgar Ramirez) gets to be the fun one, Allison is always laying down the law. On the advice of a fellow parent at a school function, the couple decides to give their kids a "Yes Day"--a day in which they agree to anything the kids want.

I have to wonder a little bit who exactly this movie is for. I felt like a lot of the drama centered on the parents, and that those parts would be boring for kids. But I also felt like the comedy was way geared toward a younger audience.

I did appreciate quite a few things about the film. I loved the no-nonsense portrayal of a bilingual household, and Garner and Ramirez have solid chemistry as the beleaguered parents. I thought that some of the activities portrayed were decent models of what a real "Yes Day" could look like. I also appreciated that the film hashed out the dynamics of the parenting. For a while, it seemed like the film was going to be about Allison just learning to "be more fun". But just saying yes to everything isn't good parenting, and I appreciated that the film gave a nod toward the need to set boundaries.

On the other hand, though, and maybe I'm just too cranky for a film like this, I felt like some of the "Yes Day" activities made the kids (and parents) come off as obnoxious and even stupid. Going through a car wash with the windows down? Stupid. Dangerous. The film is a bit too "real" for these moments to be all that funny to me, and too over-the-top to be genuine. I thought that overall the writing was okay when it came to the kids, but why is it so hard for people to write child characters who aren't sarcastic, screamy whiners?

Maybe something a 3rd or 4th grader would like?