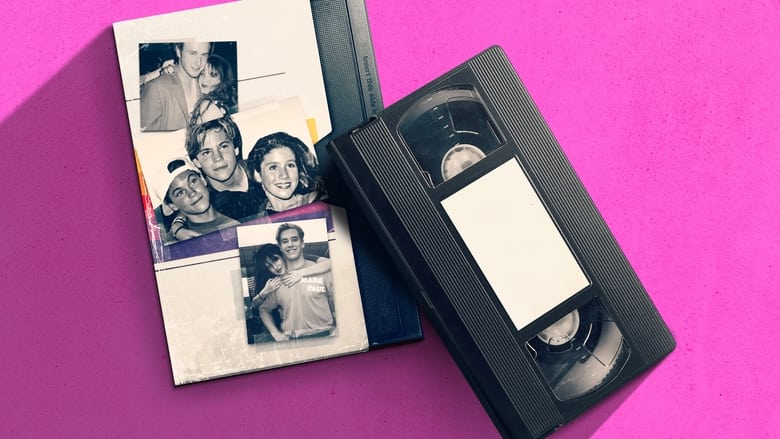 Soleil Moon Frye (best known to most people as the star of Punky Brewster) digs into her extensive personal archive of home video, audio recordings, and diaries, to explore life as a child star in the 90s. Using interviews with fellow child stars--like Mark Paul Gosselaar, Stephen Dorff, and David Arquette--Frye paints a bluntly honest picture of what life was like for the surprisingly close-knit group of teenagers.

In this case, however, Frye is a perfect subject, in no small part because of both her honest and open reflection on her past and the astounding amount of archival material that she brings to the table. Frye documented seemingly every moment of her teenage years, with ahead-of-her-years meditations on subjects like body image, sex, popularity, public perception, happiness, and the artifice of celebrity.

There is so much to unpack in this film that it is hard to know where to begin. Frye's experience with her changing body, for one, is a heartbreaking moment. Her breasts developed into borderline E-cups by the time she was 15 years old, and she recounts the way that this was perpetually remarked upon by everyone she encountered. Still in her teenage years, Frye elects to undergo breast reduction surgery, as much out of a sense of mental well-being as physical. The people she interviews were, to be blunt, much more empathetic and articulate than I expected. Gosselaar in particular seems very tuned into the objectification that Frye describes. "That's why I don't want my kids anywhere near this business," he says, "Because I don't believe it is a place for children."

Then there's the subject of sex and oh my god. Frye, as a teenager, spoke openly about being a virgin. Her intention being to help other young women understand that it is okay to say no or to want to wait. This is then followed with a horrifying account of a sexual experience she had in which she told someone she did not want to have sex with her, he disregarded this and pushed himself into her, then relented and left the room, only to then ask her "So what does it feel like not being a virgin anymore?". In her diary from the time, she recounts him asking "So are you going to say I raped you now?" and her past self takes part of the blame for her own "forwardness." Whether for liability or privacy reasons, Frye does not disclose the identity of this man, and just personally I found that a little frustrating. (I respect her decision, but part of me is like, drag him, you know? Ignoring consent is not something people tend to do just one time.)

But the real mind-boggling element of the film is the literal body count among Frye's group of friends. In the space of 12 years, Frye loses eight different friends/acquaintances, most of them to suicide. What is startling is that so many of her friends expressed their sorrow, isolation, and in one case explicit suicidal ideation on camera. The film does not delve exactly into the way that fame and the pressures of acting contributed to these deaths. Frye talks a lot about her own guilt in not realizing the danger her friends were in and her lack of action to help them. I found myself wondering where the adults were.

Much like the Tina Turner documentary, I think that this film makes a powerful argument for empathy. While it is true that child stars can be entitled and arrogant and can engage in self-centered and destructive behaviors, it is also true that these children/teens were subjected to a tremendous amount of pressure and behavior from adults that can lead to disordered thinking. Another Gosselaar quote that stuck with me was when he talked about being a kid and trying to internalize the kind of feedback they would get like "Well, you didn't get the part because they didn't like the way you looked." How does a teenager--who is already dealing with the anxieties and turbulence of adolescence--process such a statement?

I would highly recommend this film, even if you are not in the age bracket of having grown up with these actors.