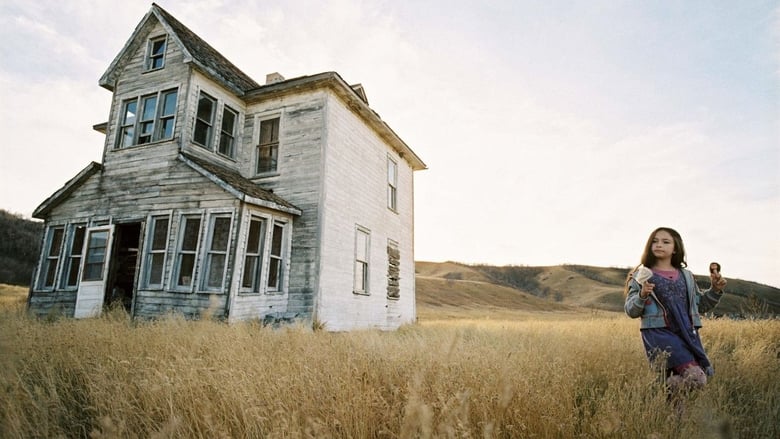 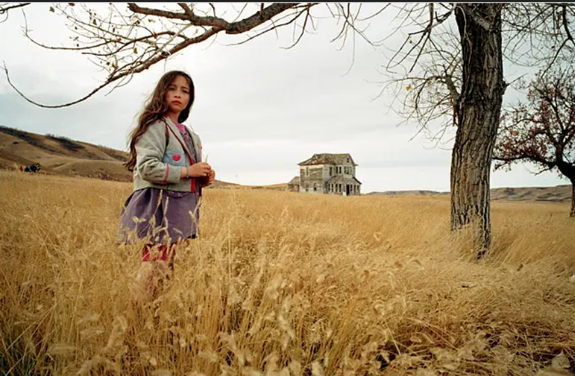 
"Because of the actions of her irresponsible parents, a young girl is left alone on a decrepit country estate and survives inside her fantastic imagination."

What the hell!!! I actually liked this film! and I had expected to hate it!

I really liked the first half, which I'd rate a 5/5, it was near perfect. The first scene in the house with mom and dad junkies was actually pretty cool (the house was as awesome set too). I loved the character Jennifer Tilly created. It was a blast how she moans & bitches with her screechy voice while laying in bed like a doped out slug...Then she hugs her daughter, telling her she loves her and will do something special for her one day....But when the little girl tries to grab her stash of chocolate bars and so mom hauls off and wallops her and calls her a little bitch...I thought that was funny because it seemed like a black comedy and a lampoon on a deeply messed up family of junkies. If I had taken these people as real then it wouldn't have been so comical.

Jodelle Ferland was a really amazing actress in this. She was so natural and could convey all sorts of emotions that adult actors would have had a problem portraying. I loved the creative use of the doll heads! And Jodelle Ferland did all the voices too. That was pure genius on Terry Gilliam's part. It was like the little girl had multiple personalities and the doll heads was her conduit to escaping reality.

Oh and the old house in the sweeping wheat fields, wow what a cool location that was! I don't know why but it was even more interesting when the dad OD and she was left on her own. It was interesting how she kept talking to him and dressing him up all the while he was stinking and she either wouldn't admit it to herself or didn't know what the stink was. Such a weird film!

The second half of the film with the introduction of Dickens and Dell, was too over the top for me and I lost some interest. Terry Gilliam like Wes Anderson and so many other directors often go way over the top in the last part of the movie. I guess that's what most people want, but not me. The whole body preserving and creepy Dell character was too silly and too much.

I was not comfortable with the more sexual suggestive scenes between Je-liza Rose and Dickens. I don't think they were needed in the story. In fact Dell and Dickens weren't needed as the actress who played the little girl could've done this as a one person show and pulled it off, that might have earned this film critical acclaim.

The film could've ended with her either alone in the house with the rotting corpse of her dad or with someone coming to take her away. The ending with the train didn't do much for me either.