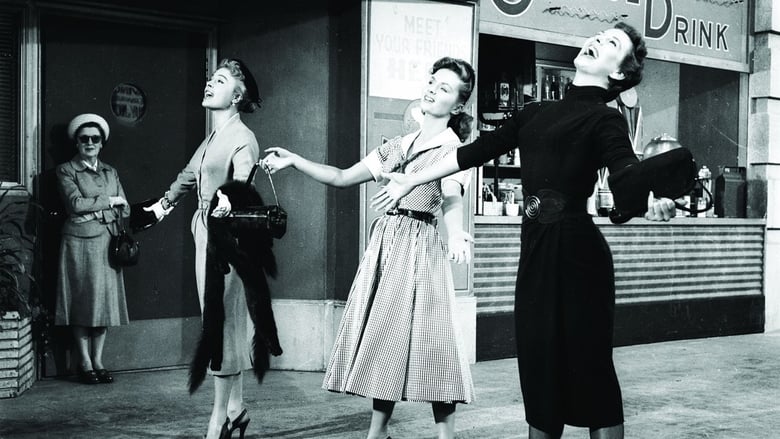 Give a Girl a Break

by Gideon58
posted on 2/17/21
in
Give a Girl a Break
Despite some silly and cliched plot elements, the 1953 MGM musical Give a Girl a Break is still worth watching because it showcases three of the best dancers from the MGM stable of stars. 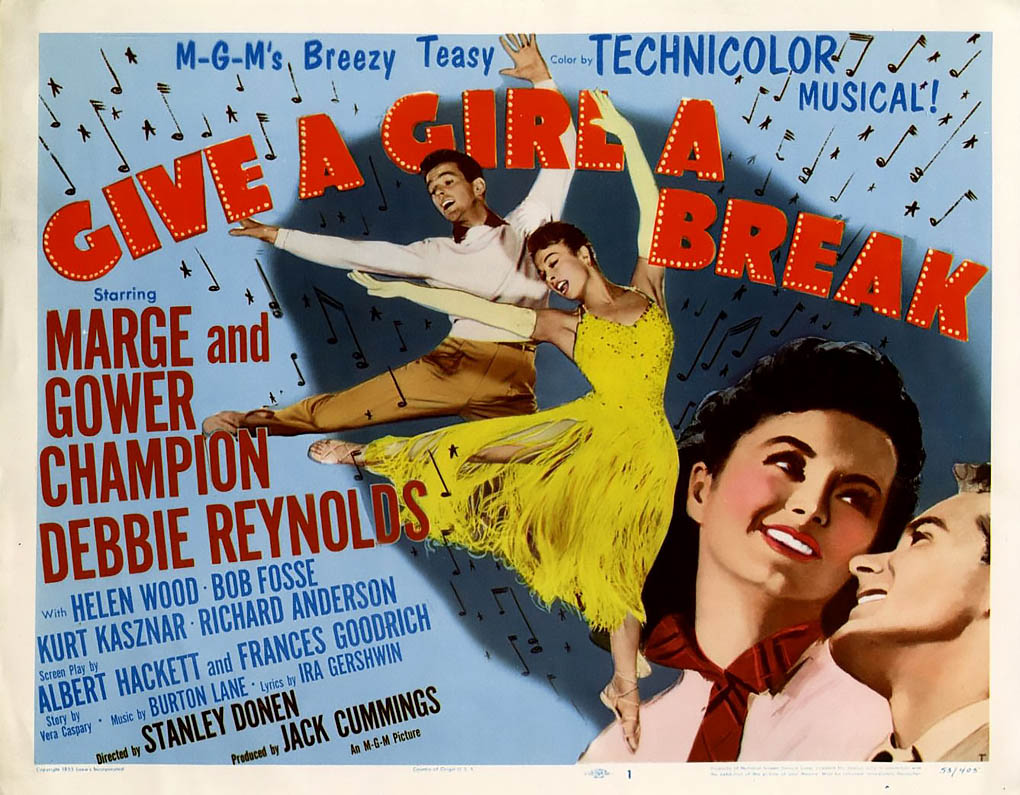 As the film opens a snooty Broadway diva named Janet Hallston has just quit a Broadway show three weeks before it's scheduled to open. The scramble for a new leading lady reveals that the director and star of the show (Gower Champion) wants his ex-co-star and girlfriend, Madeline (Marge Champion) to take the part. The show's composer (Kurt Kazner) wants a self-absorbed ballerina (Helen Wood) to take the part and the dance director (Bob Fosse) wants an experienced cutie fresh off the bus from Missouri named Suzy (Debbie Reynolds) for the lead. 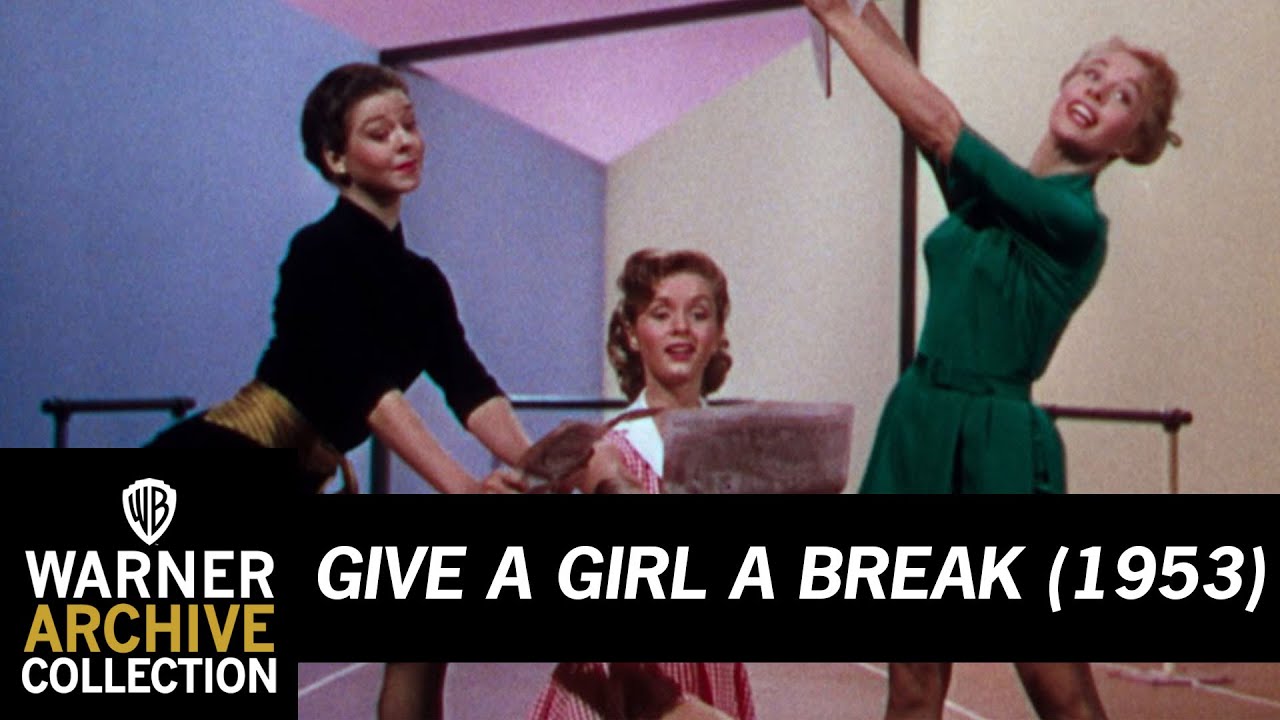 It turns out that the ballerina is married and her husband has been offered a job at a college outside of New York; Madeline has been away from the stage for a couple of years and she has a new boyfriend who hates Broadway as well, and poor Suzy, as talented as she might be, just doesn't have the experience. 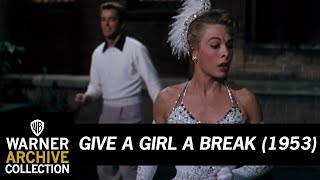 From the casting alone, we can pretty much tell how this is going to end, but there are some really silly roadblocks to the requisite happy ending. First of all, we hear the composer complain that he's going to have to re-write the whole show because Janet has quit, which would never happen three weeks before opening. And there's no way would the final casting decision come down to putting the three girls' names in a hat and picking one, but it's MGM in the 1950's, so we go with it. 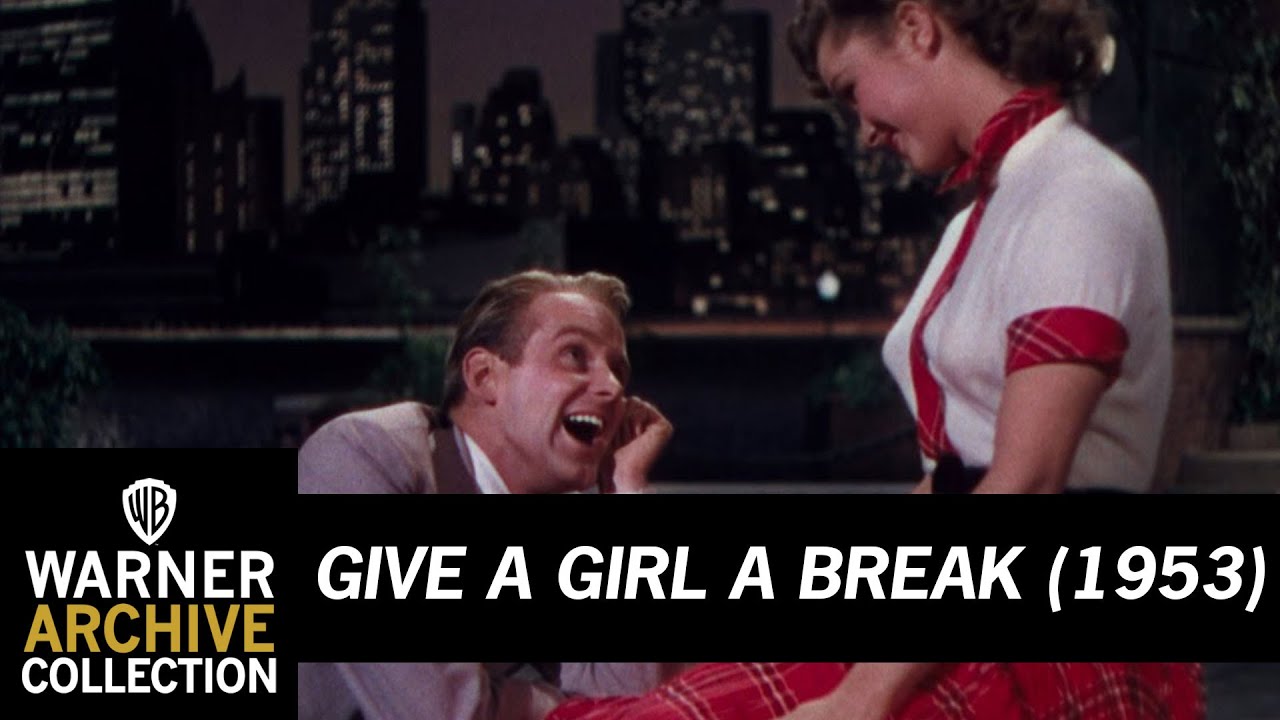 What makes this film worth watching is the magic of Marge and Gower Champion, an amazing pair of dancers, who unfortunately, never became the stars they could have been because they were terrible actors but they really get to shine here. Their jazzy pas de deux on the rooftop and their dance during the final fantasy ballet. Of course, Gower would later become a Tony award winning director and choreographer who directed the original Broadway shows Hello Dolly and Bye Bye Birdie. We also get to watch the iconic Bob Fosse, also a terrible actor, but one of the finest dances ever to grace a stage or screen, who, 19 years after this film was made, would blindside Francis Ford Copolla and win the Oscar for Best Director for his film version of Cabaret. He really gets to shine with Reynolds during the In Our United States number. Champion choregraphed most of the musical numbers, but those familiar with his style will be able to tell that Fosse choregraphed his own.