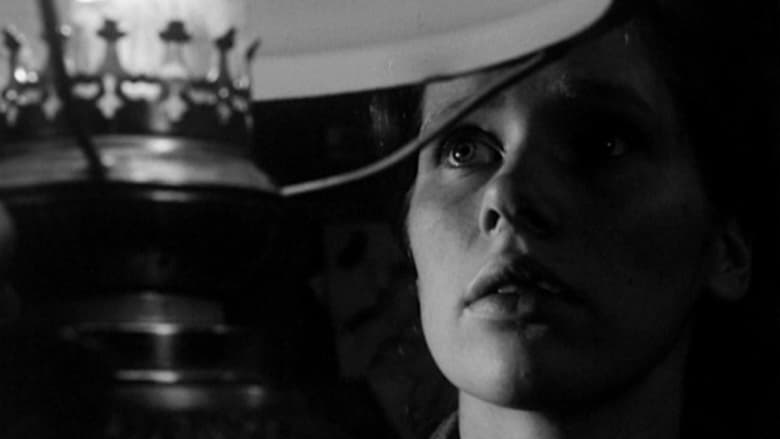 Hour of the Wolf 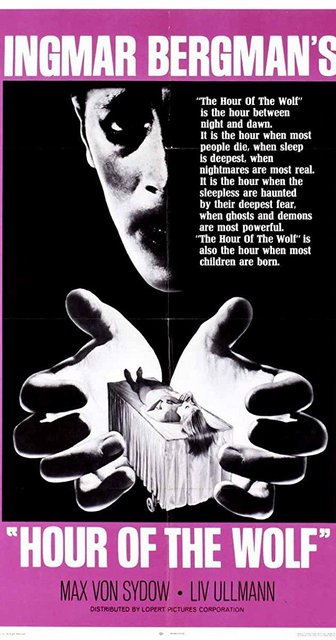 Just because God is silent, doesn’t mean he’s not listening. This is an important distinction to make when considering the supposedly atheistic films of Ingmar Bergman. After spending an entire career tempting God to say something back and failing, the persistence of the director’s decades long scream into the void at least suggests some kind of faith. A belief that somewhere out there, in all that unknowable blackness, his message is still there to be taken. That in this infinity of absolute nothing, there had been a beep, maybe barely perceptible, but at least some indication God’s voicemail had not yet reached its full capacity.

At times, the power of the venom Bergman directs towards God in his films makes it almost feel as if they might somehow succeed, where many civilizations worth of unanswered pleas for mercy and forgiveness have failed. Considering his particular obsession with the Silence of God though, I would suspect not. With each film written as if they were meant to be shouted up at the heavens, and each one growing louder as if being heard was only a matter of volume, at times they seem like the ravings of a lunatic whose shiny, new transistor to God is malfunctioning. As pointed as they may in their criticisms, they are also entirely impudent.

It’s possible though that it is this very failure which makes his work resonate so deeply with his audience. Bergman’s movies are not so much in the business of denying the existence of God, as simply demanding he try to exist. At least a little. If not to answer our prayers, then maybe to let us hurt his feelings and give us a fat target for the eloquently divine insults his films have in store. We have some serious complaints down here after all, and if you haven't noticed, Bergman has been asking to speak to the manager for some time now. By watching his films, we have invited ourselves to wait alongside of him. And by bearing witness to a lifetime of this waiting, we eventually come to recognize the only ones who probably ever heard him were us. And all we can do is clap our hands.

It’s no wonder then the disgust Bergman will show towards his audience in Hour of the Wolf. His had been a lifetime of reaching nothing but eyes, who have done little more in their mortal hours than blankly stare up at a screen, biding their time before one day finding themselves rotting in the stinking earth, just like all the other eyes that have watched his films. Maybe some of these eyes will think him a genius. Or, more often, a ponderous bore. But does it really matter, either way? While busy believing he had been risking eternal hellfire for his films, in the end all he could ever manage to provoke was a possible tongue lashing from Bosley Crowther. And no one would think God would ever give himself such a ridiculous name as that.

It must have been a terrible disappointment. Maybe even a purgatory. As a result, Hour of the Wolf will be as close as he would ever get to making a horror film. And being that it is probably also as close as he ever got to telling us what it feels like to be an artist, it will be a fitting aesthetic. Filling its world with cannibals and violent children and detachable faces, this is very much the audience he righttfully fears has been paying attention all of these years, instead of God.

Max Von Sydow, playing the role of a painter who has hidden from his fame upon a solitary island, is an obvious stand in for Bergman himself. Retreating from society, Sydow will be plagued with visions of demons who eventually materialize into the form of nobles who fawn over his talent, and make grandiose assumptions of what he is saying in his art. He will only be belligerent towards them, say whatever he can to demystify the value of his paintings, even slap them across the face if they keep having ideas that he’s actually made any difference at all. But all they seem to do is applaud. And ask him ‘what does it all mean’.

The irony can’t possibly be lost on Bergman. A career made of growing angry at getting no answers, putting him in the crosshairs of questions he’d prefer not to be asked. As he has been spending his time staring at the sky wondering if there is anything behind it, others stare at nothing but a screen of his making that he knows cast only shadows. Should he then be equally dubious to what he is looking up at and hoping to see? Is he being just as deceitful as a God who won’t tell us he exists, by being an artist who dismisses this work of his that others find so much meaning in? Does he even care?

The sounds of clanging and banging that open the film as the credits roll seem to indicate that he, at the very least, is trying to undo whatever religious effect his work may have on the audience. In the Genesis moments of Hour of the Wolf, the very first thing we will know of it will be this noise of its sets being built. Hammer's will pound nails. Saws will cut wood. Cigarette breaks will be smoked silently away from the microphone.

So hold your horses. Keep your expectations in check. This is just a film by Ingmar Bergman, not at all the mysterious beginning of a universe. There will be no deceitful snakes, or punitive floods to come. No commandments to heed. This is nothing but the toil of unionized carpentry that you’re listening to and it, and only it, is what this movie you are about to watch was born from. Men with toolbelts and a sandwich in their lunch box. Absolutely, no divine inspiration to be found here.

And so if you have any questions, please just remember it's only a ****ing movie. Take it up with the manager. I’m sure he’ll be here any minute now.