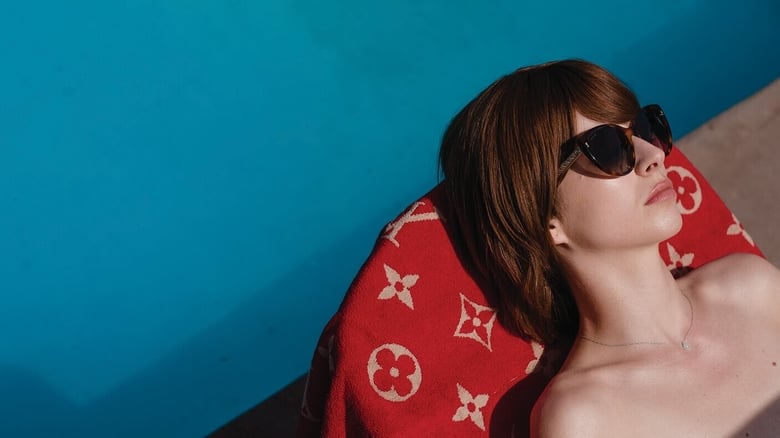 Verˇnica has a big aspiration in life: To gain 2 million followers so she can become the beauty company Beaut's next icon. But in the process of achieving that goal, she also jeopardizes her marriage and family life.

I'll be honest, when I saw the description "Her life falls apart, one post at a time.", I thought it would be an annoying excercise in portraying shallowness in such a flashy manner it would feel like nothing more than a vanity piece, kinda like The Bling Ring.

But when I was finally forced to give it a chance, it turned out to be have much more brimming under the surface. You see, Verˇnica is not just an attention seeker, she's a vacuous sponge who drags everyone down with her in the process. No matter whether it's a friend or a family member, if she's not able to use them to the benefit of her popularity, they're worthless to her. Everyone has to conform to her standards instead of the opposite.

Her relationship with husband Javier is a joke. She constantly has to be at the center of attention, even though he has a very demanding job as a football player and has to help, or more accurately be the only one taking care of their daughter. To make it worse she is constantly jealous despite his incredible faithfulness to her. The scene where she accuses him of blowing a kiss at someone (which he did because she was a fan), then exaggerates the story more and more with every sentence is one of the funniest parts of the film. Or how about when she makes him cheat on her just to get it overwith, but cries like crazy because he was enjoying it? You can really not blame Javier for becoming exhausted with her drama.

The acting from Mariana Di Girˇlamo is superb. Her facial expressions and body language really sell you on self-obsessed Verˇnica is, and fully convinces you there's no limit whatsoever to how far her villainy can go. She's pitiable, yet unlikable enough that you don't start to feel bad for her. Even when cornered by her investigator she coldly issues a threat that she will turn the case around to make him look like the bad guy instead. The evil circle of vacuousness never ends.

The directing is always focused on the characters facing the camera and very little else, which might sound unimaginative, but is actually the most suitable look for this story.

An engrossing character drama with a touch of black comedy, La Verˇnica is one of the most surprising gems from The Gothenburg Film Festival.