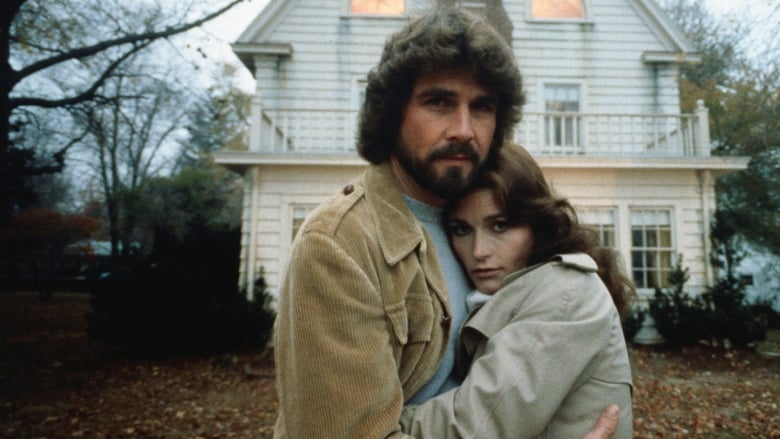 "I just wish that... all those people hadn't died here." 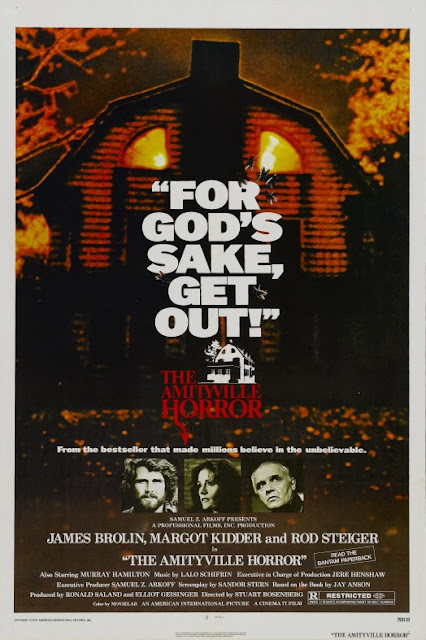 I like a good haunted house film as much as the next guy, but I'm not going to rate a classic highly just because I like the genre. I try to avoid that as much as possible. The Amityville Horror is one of those polarized classics that you watch for scare factor, but the real horror comes from the fact that the events here are based on a true story.

The story is a simple haunted house one. A family buys a house which just so happens to be the place where a man murdered his hole family. Now of course, this makes the family just a little uneasy, but it doesn't stop there. The scary stuff really happens when things are moving on their own and voices are heard. Unfortunately, the only man who can really help, a pastor who witnessed the power of demons in that house, isn't supported by his superiors.

The positives of the movie are simple. First and foremost, the chilling effect is completely realistic. I was really concerned for the family as all of these events were playing out. Secondly, the cast knew what they were doing. They weren't incredibly actors, but that slight b-movie touch helped the movie significantly. James Brolin's performance as George Lutz was spot on. And something I just have to mention: people don't need to die on screen for a movie to be scary, and the movie proves that constantly.

However, the movie's not without its glaring flaws. Some of the plot points were unresolved, with the best example being everything pertaining to Father Delaney and his connection to the events portrayed in the movie. And what really happened at the end that resolved anything? It's history so I'll just tell you: the family got the hell out of Dodge. Sure, the ending was technically a happy one, but what did we learn about the presence of the house in the end?

The ending was unsatisfactory, but the majority of the film was pretty creepy. I was mostly satisfied with what I saw and I'm glad I decided to watch it. Sure, this true haunted house story ain't The Conjuring, but it's well-filmed and perfectly digestible for the average horror buff.