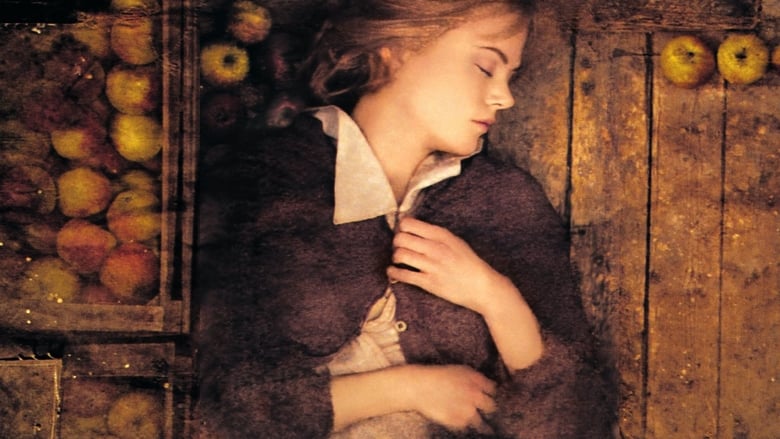 by Gideon58
posted on 11/28/20
in
Dogville
Previous reviews I have written on film adaptations of stage plays have mentioned the phrase "photographed stage play" and how this is something that filmmakers need to avoid. Director and screenwriter Lars von Trier (Breaking the Waves) has taken the concept of the photographed stage play and turned it on its ear with a strikingly original work from 2003 called Dogville, an engrossing morality tale that builds slowly to a shocking and jaw-dropping climax; unfortunately, the build up takes way too long. 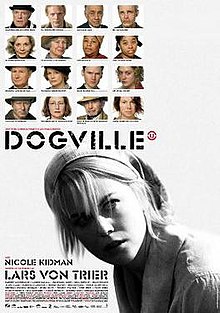 The story is relatively simple on the surface. Grace is a woman on the run from the mob and finds herself in a small Colorado community called Dogville, who are initially reluctant to have her around due to the danger she might bring to their sheltered existence. They do eventually come to a meeting of the minds with Marian agreeing to be a laborer in return for the town's protection. However, things become strained when the town begins to take uncalled advantage of Marian and vice versa.

The story is not really the thing here, but the way the story is presented. This film is actually presented in the form of a stage play, on a large proscenium stage with the homes and businesses of the characters delineated through outlines on the floor of the stage and minimal props and scenery. I actually loved the way the film opened...the opening shot of the film looks like a blueprint or a stage design for a theatrical production and as the camera begins to move, we realize it is an aerial shot from above the stage and we think we're seeing movement, which turns out to be the individual characters moving about their homes and businesses. 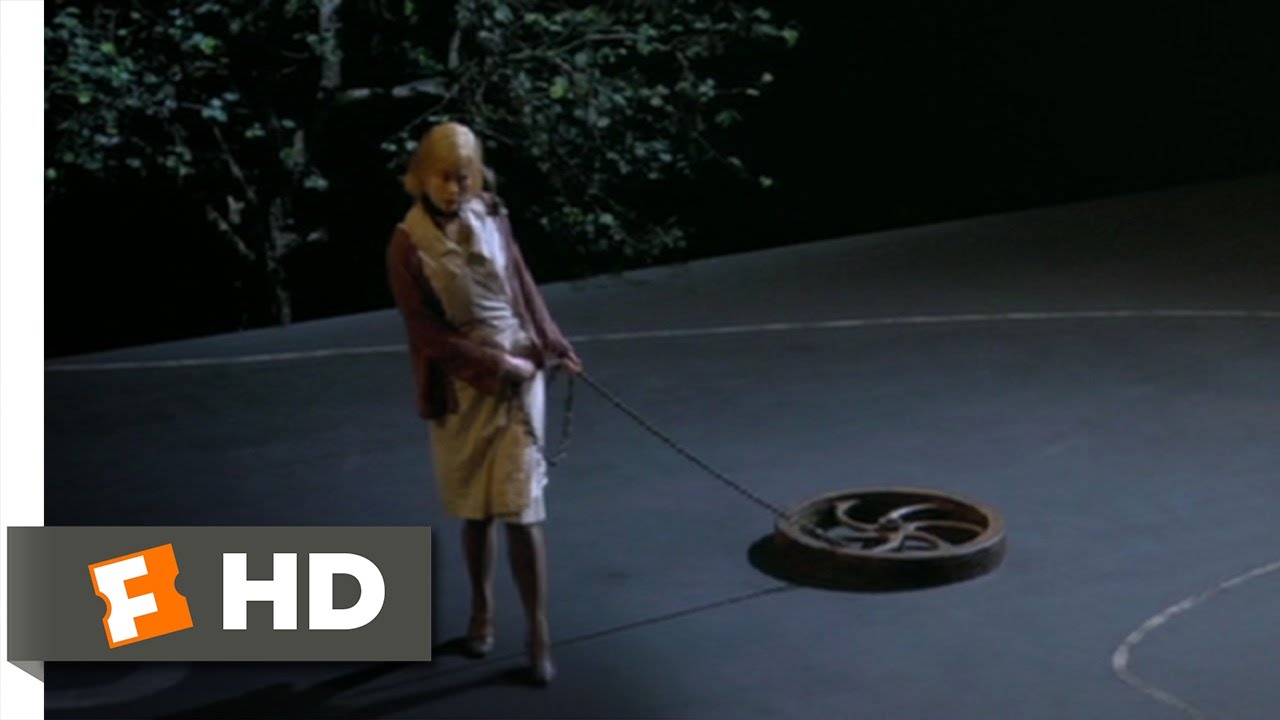 I loved the way all the characters are onstage during the entire film and the camera follows certain characters when it needs to. I loved the actors pretending opening and closing doors and I also loved that the only automobiles in the story involved belonged to characters who were not Dogville citizens. The concept of all the characters always onscreen gave the story an intimacy that it might not have otherwise that was initially unsettling, but the viewer is able to settle into it eventually.

The story takes a little too long setting up what is happening here and, if the truth be known, the time used for exposition is necessary, but the rest of the story could have had a little more forward movement because the wait between the middle of the story and the powerhouse climax was just way too long. This film ran close to three hours and I don't think it was necessary. It was hard to tell what period the film was set in, though the costumes and setting suggested the 1930's and the very pretentious narration by John Hurt was off-putting, trying to give the story an importance it really didn't deserve. 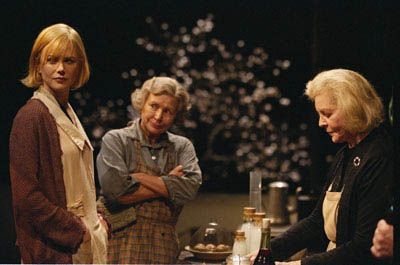 The cast is first rate though...Nicole Kidman's quietly understated performance as Grace is riveting. Paul Bettany (so great as the villain in Firewall), Lauren Bacall, Ben Gazzara, Blair Brown, Patricia Clarkson, James Caan, Phillip Baker Hall, and Zeljko Ivanek also make the most of their screentime. von Trier gets a little full of himself around the halfway point but the finale almost redeems everything we've seen up to that point.
» More about Dogville
» More reviews of Dogville
» More reviews by Gideon58