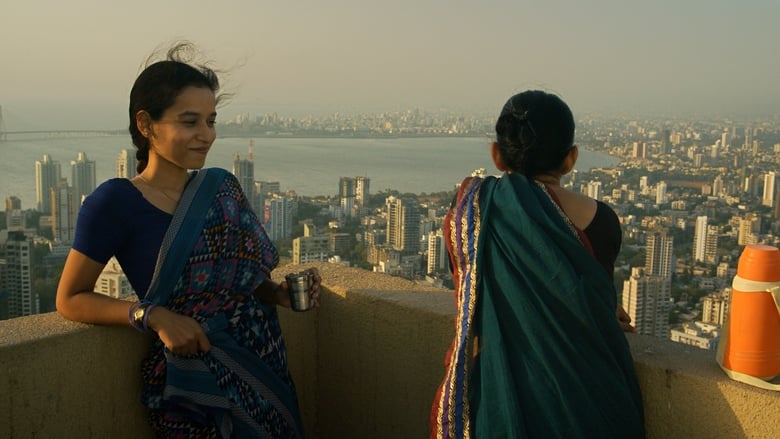 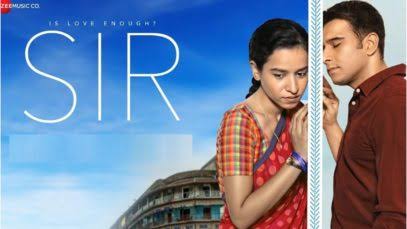 Finally the lockdown which was imposed in March is being eased in Mumbai and I was able to be back to where I feel I belong....in the seat of a movie theater watching a movie...

This is an art movie/parallel cinema . The movie is about the chemistry between an upper class guy named Ashwin played by Vivek Gomber and his maid named Ratna played by Tillotama Shome .

He has just lost his brother to a fatal disease and also had his impending wedding canceled , making him kind of depressed . He lives alone in a bachelor pad in Mumbai . Ratna agrees to be his in house maid because she is a widow who wants to escape the drudgery of life in a village in interior Maharashtra . This despite what people may say about a lone woman living with a single young man in his house .

But as they live together an empathy develops in Ratna's mind for Ashwin as she feels for his depressed state . She tries to cheer him up by telling him about how she herself dealt with her husband's death . She buys him a shirt for his birthday and he surprisingly wears it . He takes her side when she is scolded by his female friend in a house party .

Ratna discovers that she has developed feelings for Ashwin when she sees a female coming out of Ashwin's bedroom presumably after a one night stand and feels jealous . But the first hint of trouble is when Ashwin starts reciprocating her feelings and gives her a sewing machine as gift . She wants to be independent and has tried to learn sewing at a tailor only to find out that he wants to use her for helping out not to teach her anything .

Finally Ashwin kisses her one day and Ratna reciprocates even though she knows that class differences will not allow them to be together . He asks her to come with him for a date but she realizes that people would notice their class difference ; she cannot even speak English which is his regular language . The movie is in three languages---Hindi spoken by people in the building , English spoken by Ashwin and his friends and marathi by Ratna and another maid who is is her friend played by Geetanjali Kulkarni . Ratna then agrees to come to the terrace with Ashwin where he tries to convince her to stop calling him 'Sir' as she normally addresses and start calling him by his name . She refuses ; the class differences between an illiterate servant and an English speaking elite person are beginning to gnaw at her now .

As Ashwin's friends get wind of the attraction between the two and so do other servants in the building , Ratna is distressed . A woman can lose her reputation quickly if she goes a little bit astray among the lower class people she comes from and she is acutely aware of this . She shifts away from the building to another place and decides not to ever meet Ashwin again .

But she gets a chance to learn fashion designing which is her dream and realizes that it is Ashwin's influence that has given her the admission to the fashion designing course . Finally she does talk to him on phone and calls him by his name , dropping the 'Sir' for the first time and presumably forever . That ends the movie on a cheery note , but the question remains---Is love enough ? Will it be able to transcend their class barrier ? The movie does not further explore that .

The acting performances are good , especially by Tillotama Shome as Ratna who shows every emotion of a suppressed person wanting to exhale . Vivek Gomber is good too as an awkward young man going through a rough patch and finding a soul mate unexpectedly .

Background music is appropriate for the situations though there are no songs obviously as it is parallel cinema . Photography and colours are decent enough .

Ultimately the relationship between the protagonists is probably not really going to develop as class differences are too much I guess . He is not even middle class but directly upper class and she is from the lower classes . The stifling rules of her village are many and even though he repeatedly tells her that she can break them as she is now living in the big city she is ultimately bound to her upbringing . Her struggle to get her sister educated enough to be able to make something of herself in the big city is well brought out too . But mere love is not enough for there are practical realities to wade through....